From cannabis tours to farm dinners, local events are aimed at educating consumers

It’s the kind of day that Central Oregonians live for: A slight breeze, a half-dome of puffy clouds and blue sky… and on this afternoon in late September, no rain or snow or sleet yet in sight. It may already be raining in the Willamette Valley, but in the high desert of Central Oregon, it’s still a late-summer, sunny kind of season. 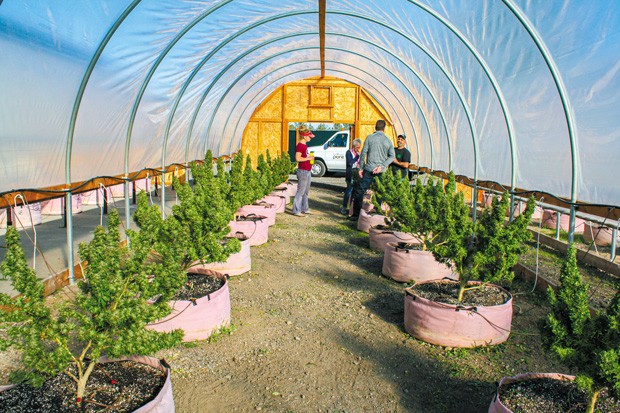 It’s against this backdrop that a pair of visitors from the Upper Peninsula of Michigan hop on the tour van operated by Blazing Trails Tours—a Bend-based cannabis tours company—and set out to learn the ins and outs of legal cannabis in Oregon. The couple, aiming to retire one of these days soon, knows a bit about legal cannabis through their adult children. When the tour makes a stop at the Bend dispensary, Dr. Jolly’s, they’re stoked to grab photos outside to send to their kids.

Before that stop, the duo behind Blazing Trails, Tris Reisfar and Stacie Johnson, spent about 45 minutes presenting a slideshow, educating the couple about the basics of terpenes, the endocannabinoid system, the entourage effect and other essential elements of cannabis. (The two also host a cannabis education radio show on KPOV 8-10pm Monday nights.) Having long had exposure to cannabis info through our regular Smoke Signals column, the presentation offered even me a more in-depth perspective than I had yet to receive. Or maybe it’s just that reading stuff on a screen—or in print—didn’t have the same impact on me as learning from a live person.

That right there is the beauty of things like tours and farm dinners. They’re education, in real life.

When we make our way to the dispensary, suddenly the information about the potential cancer-fighting benefits of THC, in this case, in the form of Rick Simpson Oil, became even more real. They become even more real for the Michigan couple, too, as they spent a half-hour finding products they want to take home. (Mindful of the laws around interstate trafficking of products containing more than .03% of THC, the couple is more interested in hemp and/or CBD products—legal across the U.S., and boasting benefits for some of the ailments they suffer from.)

The next stop on the tour is Central Oregon CBD, just north of Bend, where owner Tim Fratto crafts full-spectrum tinctures, salves, oils and other products from the hemp plants he grows. With OLCC-licensed, THC-oriented facilities being banned from offering “cannabis tourism,” CBD farms are the place where consumers can plug in, explained Johnson.

As the Michigan couple breathes in the sweet smell of the late-season plants, Fratto describes his growing methods, and later, demonstrates how he crafts a tincture. 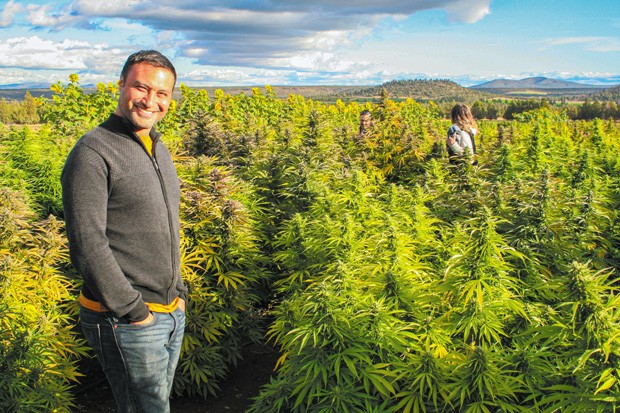 “The tours are designed to be an eye-opening experience for people,” Johnson said. “Accessing information on the internet—it’s hard to know what you should be listening and paying attention to. You’d have to go through a collegiate level of training just to know how to access the right information!” Johnson said each Blazing Trails tour is customized, allowing participants to design their tour based on what they want to learn.

In the foodie world, farm dinners are a way for local producers to connect locavores with the people growing what they eat, with farmers often describing growing methods and offering tours of the farm, in addition to serving up fresh, farm-produced meals. These days, hemp farmers—who may grow hemp as just one of the crops on their farms—are also taking part in that farm dinner tradition. 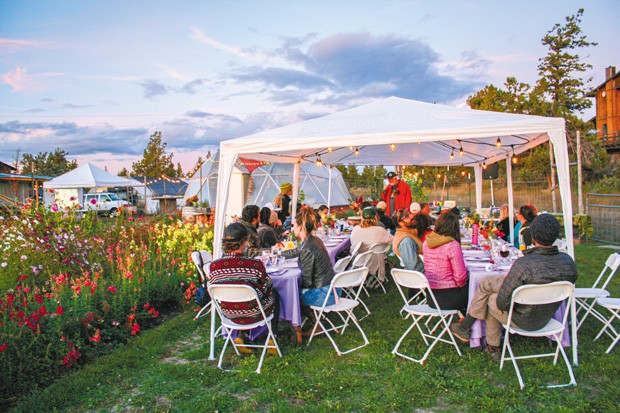 At Rainshadow Organics, northeast of Sisters, co-owner Sarahlee Lawrence showed me around her 5-acre plot of hemp, soon to be harvested and manufactured into full-spectrum CBD products. Rainshadow is one of several farms that are part of the Desert Green collaborative, which combine their harvests to create a host of products for both humans and animals. Desert Green’s hemp oil is combined with other native medicinal plants and herbs from the farms—as well as from foraging—to make tinctures, salves and honey.

At the Hemp Harvest Celebration Sept. 20, a number of Desert Green products were on hand, including its Equine Elixir for horses and its Companion Support for other furry friends. Attendees took part in a three-course farm-to-table dinner, picked hemp flower in the field, and took home several Desert Green products. 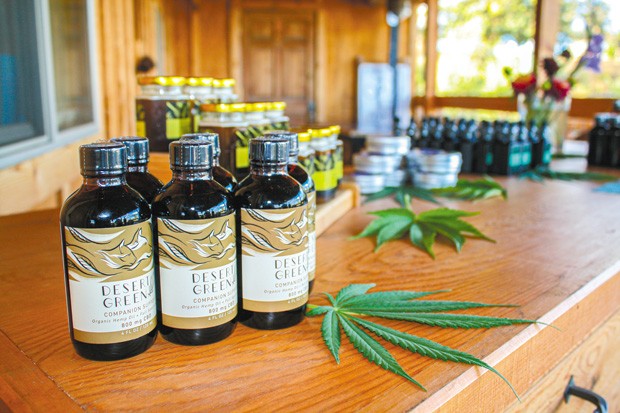 Meanwhile, at Dome Grown Produce just north of Bend, a Hemp Harvest Blessing Dinner was also underway. The event featured food prepared from Dome Grown’s organic produce and meats, and invited people to tour the farm’s hemp field in full bloom. As they do on their tours, Johnson and Reisfar offered information on hemp, CBD and anything else attendees wanted to know—extending that education their tours are centered around. With an explosion of hemp farms in Central Oregon these days, seeing the farms in action is a natural curiosity for consumers.

“It’s a big difference, sitting and reading articles about hemp farms, and then feeling the energy of being on a farm,” Johnson said. “There’s a lot we can take in when we physically experience something. We go through a transformation. It can teach a lot.”