Local irrigation districts have a plan to conserve water in the Deschutes River and protect endangered species, but environmental groups say it isn't enough

The fate of the Deschutes River is in the hands of the federal government.

The Oregon spotted frog could disappear forever. The overall health of the river has rapidly declined from 10 years of drought and over irrigation. The Wickiup Reservoir ran dry this summer. Yet, the U.S. Fish & Wildlife Service is weeks away from issuing a permit that will shield local irrigation districts from litigation if the Oregon spotted frog and other endangered species go extinct. 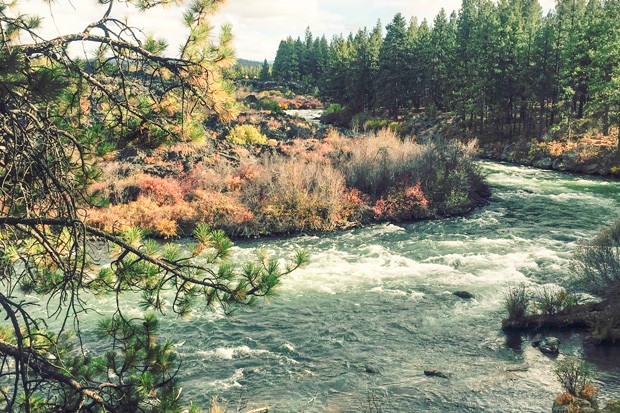 Since the passage of the Endangered Species Act by the federal government in 1973, environmental groups have often relied on it as one of their most effective tools for protecting natural resources such as the Deschutes River, according to Tod Heisler, rivers conservation director for Central Oregon LandWatch.

The USFWS is empowered to enforce the ESA, and this means it's responsible for preventing irreparable damage caused by irrigation. The federal agency required eight districts in the Deschutes Basin to craft the Deschutes Basin Habit Conservation Plan, which details everything they will do to protect the imperiled wildlife in and around the river. The districts submitted it last year, and will find out if it's approved by the end of 2020. Should the USFWS give the green light, it will shield the irrigation districts from ESA lawsuits for the species in the HCP for the next 30 years—even if some animals go extinct as a result of over irrigation, Heisler said. These animals include three federally-listed species, the Oregon spotted frog, bull trout and steelhead, and one currently unlisted species, sockeye salmon, which may become a part of the HCP.

Irrigation from the Deschutes River

Heisler was a recent guest on the Source Weekly's "Bend Don't Break" podcast, explaining the importance of the HCP, his organization's objections to it and some background on how the Deschutes River is irrigated.

Water comes down from the mountains and is captured in three reservoirs starting in November, including Wickiup, Crane Prairie and Crescent reservoirs. The man-made lakes store water through the winter and spring. Then, irrigation districts release the dams in the summer so property owners can use the water to maintain their farms and businesses.

"The problem actually started 120 years ago when we massively over-appropriated the river... There are far more water rights that were issued by the State of Oregon than there is actually water in the river," Heisler said.

Around the turn of the 20th Century, settlers claimed water on a first-come, first-serve basis. These agreements with the state were figuratively etched in stone and are attached to a tract of land, not a person. This means people who run hobby farms, golf courses and some agriculture operations closer to Bend have first or "senior" rights to the water, because this area was settled a few years before farms farther north, in Madras and Culver. Senior water rights holders can order junior holders to shut off water until the senior gets their full allotment. As Bend developed into a hot destination for real estate and tourism, many farms were sold off and turned into hobby ranches. Heisler believes it's unfair to privilege property owners who are raising animals for fun over commercial agriculture operations, but that is how the system remains. 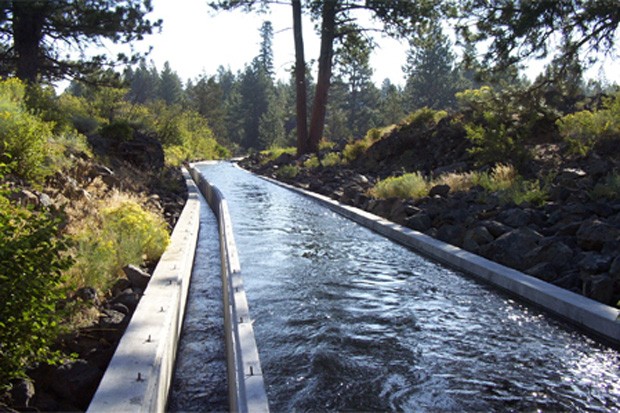 In the winter, the upper Deschutes from the Wickiup Reservoir to Bend is reduced to a small stream because of the dams. In the summer months, the irrigation districts open the dams and flood the river. This weakens riparian vegetation along the banks and results in severe erosion, creating lethal conditions for fish and other aquatic life, Heisler said.

"You've got six districts all competing for water; none of them want to take any less," Heisler said. "They're all actually trying to get as much of it as they can, and this is exacerbated by a 10-year trend of drought which we all believe is climate change, so that is how you get to a situation like Wickiup this summer," Heisler said.

By Sept. 14, the Wickiup Reservoir drained to 1% of its capacity, a historic low, according to the Bureau of Reclamation. It was only 75% full at the beginning of irrigation season in March due to low snowpack and several years of drought. Typically, it is still 25% full in October when the irrigation districts turn off the canals.

Conserving water in the Deschutes Basin

COLW, the Deschutes River Conservancy and local irrigation districts have come up with a variety of water conservation solutions to address the challenges of threatened species, drought and over-appropriation. These include piping the canals, efficiency upgrades on individual farms and ranches, and paying property owners to give their water back to the river or to other farmers growing food (water marketing), said Heisler.

Eight irrigation districts (collectively known as the Deschutes Basin Board of Control) and the City of Prineville collaborated on the Deschutes Basin HCP, and included all of those water conservation strategies. The eight districts—which include Arnold, Central Oregon, North Unit, Ochoco, Swalley, Three Sisters, Tumalo and Lone Pine irrigation districts—promised to gradually increase the flows in the upper Deschutes in the winter months to 400 cubic feet per second over the next 20 years. (It sometimes drops to 100 CFS in the winter when the water is stored in Wickiup.) But the HCP cited no plans to cut back on flooding the river to highs of 1,800 CFS in the summer, Heisler said.

"My gripe today is that the districts are putting really all of their eggs in the 'large canal piping' basket," Heisler said. "We're talking about a century-old infrastructure system, so it needs to be updated, but it is a lot more expensive and time consuming to build pipes than it is to prioritize on-farm conservation and water marketing."

“You’ve got six districts all competing for water; none of them want to take any less. They’re all actually trying to get as much of it as they can, and this is exacerbated by a 10-year trend of drought which we all believe is climate change, so that is how you get to a situation like Wickiup this summer.”—Tod Heisler tweet this

Craig Horrell, who heads the Central Oregon Irrigation District, estimates that up to 50% of all irrigation water in old systems is lost before it ever makes it to water patrons. Piping projects, which began in the basin in the 1990s, save water from seepage below and evaporation above, he said. COID gives 100% of the water it saves through piping back to the river, he said.

Horrell also argued that the money his district won from the federal government for piping projects was earmarked for piping only and would have just gone to a project in another region.

"Especially during COVID and hard economic times, it's valuable to bring 130 jobs to the region," Horrell told the Source.

Horrell also touted another big win for the agency: COID won a U.S. Bureau of Reclamation WaterSMART grant which was used to jumpstart a water marketing program begun this summer. Some patrons already traded or sold water to help the farmers in Madras who struggled to make it through the drought with their reduced water allotments this summer, Horrell said.

"As part of the grant, we'll loan money to do on-farm improvements," Horrell said. "We are committed to incentivizing the farmers to do better."

This is also the first year that COID had to reduce its water usage, and it shut off its water three weeks earlier than usual, Horrell said. It cut back by 20% and gave what was left to junior water rights holders, many of whom run commercial agriculture operations in and around Madras, an area managed by the North Unit.


While there's no public documentation of COID's reduction, Kyle Gorman, the region manager at the Oregon Water Resources Department, confirmed with the Source that COID reduced its use by an average of 20% in August and September, which freed up water for the North Unit.

Heisler of COLW and other environmental advocates have stated that as climate change gets worse and there is less water to go around, farmers growing food in the North Unit should be prioritized over hobby farms and ranches around Bend that currently hold senior water rights.

"COID has a different business model," Horrell said. "We have 3,600 patrons from real farmers growing agricultural crops to small farms for horses... We as a district, we don't get to choose to say what's more beneficial. COID produces more revenue than all of the North Unit when you include the Old Mill and other businesses."

The irrigation districts submitted the first draft of the HCP in October 2019. USFWS received 1,500 comments from Central Oregon LandWatch supporters alone. Environmentalists argued the districts' plans were not enough. USFWS may publish the final draft as early as Nov. 6. It will make its final decisions about whether to issue "incidental take" permits to the districts by the end of the year. These permits would allow them to continue to take actions that potentially negatively impact wildlife, even animals on the Endangered Species list.

"By signing on to [the HCP], we are accountable," Horrell said. "It gives the districts control, which tends to make environmental interests nervous... "We are proud that we have worked in a collaborative way with all stakeholders and look forward to implementing this conservation plan to help the river and species."

Meanwhile, Heisler and his team at COLW hope for the best. It worked with Crag Law Center, a firm with expertise on the ESA, to craft its comments on the HCP and help USFWS make an informed decision.

"People lose site of the fact that the Deschutes River is the biggest spring-fed river in the United States, with spring water that is so cold and clean," Heisler said. "This is a national treasure... It's one of the reasons I fell in love with it and why I want to defend it today."

Listen to the rest of our interview with Heisler of COLW on the "Bend Don't Break" podcast at bendsource.com

Correction: This story was updated on Nov. 4, 2020 to reflect that the HCP only protects the irrigation district from the species listed in the plan which include the Oregon spotted frog, bull trout and steelhead.