Controversial action by the USFWS has conservation groups going to court

January 06, 2021
comment
The return of gray wolves to their ancestral haunts is one of the great American conservation success stories. These ancestors of the domestic dog were extirpated over much of their range in the last 100 years. Only isolated populations existed in the Western Great Lakes region, Canada, and Alaska as these apex predators were hunted, trapped and poisoned. Oregon’s last wolf standing was killed in 1947.

But now, Americans want wolves and wild lands for them to roam. The reintroduction of wolves into Yellowstone National Park in 1995 was a turning point for a predator long absent. Protected under the Endangered Species Act, wolf populations have increased and expanded into parts of their historic range. However, in the Nov. 3 Federal Register, the U.S. Fish and Wildlife Service declared the gray wolf recovered and ruled that the species should be delisted. However, not all agree. 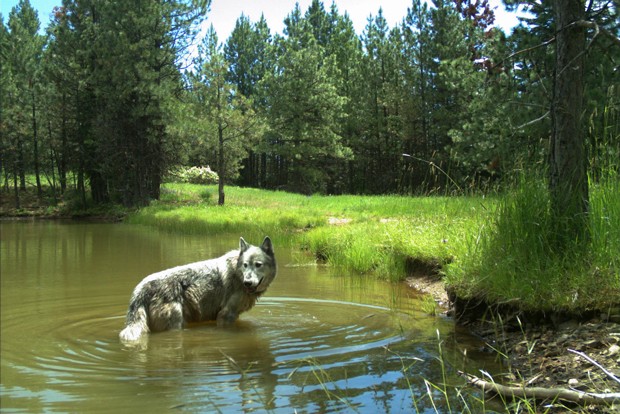 The issue to delist wolves has been going back and forth in the courts over the past two decades. Even the Obama Administration wanted to delist wolves and turn management over to the states and tribes. In Oregon, the gray wolf was delisted off the state’s endangered species list in 2016, and delisted off of the federal list for the eastern one-third of the state.

“This most recent proposal by the Trump Administration for delisting has been the one that is the most egregious, and lacks scientific integrity,” said Zoë Hanley, Northwest representative for Defenders of Wildlife. “The administration believes that since wolves have reached recovery levels in the Western Great Lakes population, they are saying that this accomplishes their goal of recovering wolves nationwide.”

Though the Western Great Lakes population was once considered a separate species from the Northern Rockies population, that was changed and now both are considered one species: Canis lupus.

A notable twist in the wolf’s saga is that Congress for the first time was involved, in 2011, in an attempt to delist the Northern Rocky Mountains population. “Where wolves currently are in the Western Great Lakes and Northern Rockies the numbers are pretty decent, but they’ve only recovered over 15-20% of their historic range,” added Hanley.

The Endangered Species Act states that a species is deemed “recovered” when it has done so over a significant portion of its range. It’s not just individual numbers, but having the ability to exchange genetic material and expand across its range.

Another issue with wolf recovery is that the management plans vary dramatically between Western states, tribes and the Federal government. Utah, for example, has zero tolerance for wolves while Colorado voters recently passed Proposition 114, a ballot initiative supporting the reintroduction of wolves into the state.

Misconceptions about wolf predation also abound. “The livestock industry moved toward a model where they relied upon a predator-free environment,” said Hanley. That outdated model coincides with annual reporting by Wildlife Services, the predator control program in the U.S. Department of Agriculture, where health, weather, birthing, domestic dogs and theft (yes, livestock rustling is alive and well) contribute to far more livestock losses than wolf predation. Livestock operators can seek restitution through state funding, but more importantly, have access to funds, equipment, and technical expertise to help minimize losses to predation.

In a statement following the ruling, the Oregon Cattlemen’s Association wrote, “Producers have endured unacceptable personal stress, ongoing chronic confirmed and unconfirmed predation as well as loss of production in the cattle they work so hard to protect. This will remove an unnecessary layer of management that has prevented responsible management for many years.”

But wildlife advocates see it differently.

“An independent scientific peer-review commissioned by USFWS reported that the agency came to a predetermined conclusion with inadequate scientific support,” said Danielle Moser, wildlife program coordinator for Oregon Wild. “Historically, Oregon’s wolf plan used to be a model of a strong conservation management plan back in its first inception.”

Bill Gawlowski, a wolf advocate and educator, served on the initial ODFW Wolf Advisory Committee that developed Oregon’s first wolf management plan, adopted in 2005. “When our plan got approved in 2005, we’d spent 13 months working on it,” said Gawlowski. “Then and for subsequent years, Oregon’s plan was hailed as the most complete and fair of any state’s management plans.” Renewed every five years, Oregon’s plan has become a little less protective with each renewal.

Gawlowski and many others also fear that delisting will be interpreted as a green light for open season. “In Oregon, the wolf is a special status mammal, therefore, even if it’s not on the state’s or federal’s endangered species list, they are still protected under a form of Oregon law,” added Gawlowski.

But depending upon surrounding state management plans, wolf dispersal into Oregon, northern California or southeast Washington may be impacted.

Though the federal decision is set to take place on Jan. 4, 2021, Oregon Wild, Defenders of Wildlife and other conservation groups have filed intents to sue the U.S. Department of the Interior over the delisting ruling, citing the unfulfilled recovery of a species whose howl has been quiet for decades across its range, just as the story of their recovery was getting good.