It seems the entire community is talking about the current school board elections for Bend-La Pine Schools—a strange turn for a May election, which oftentimes is barely a blip on voters' radars. While we have already commented on the disservice rendered to local voters when candidates opt not to engage in the non-partisan forums and interviews offered locally, it's become clear that there's something more concerning at work here.

Pay attention to the choice of words of some of the candidates in the BLPS school board race and you'll notice that they closely mimic the words used by other candidates in other races around the country.

This is a coordinated effort to subvert the will and the trajectory of local politics in favor of fear-based national talking points that have no bearing on what is happening in our community. tweet this

Coincidence? Nope. This is a coordinated effort to subvert the will and the trajectory of local politics in favor of fear-based national talking points that have no bearing on what is happening in our community.

During their appearances on Fox News this month, candidates Wendy Imel, Maria Lopez-Dauenhauer and Jon Haffner used the terminology, "critical race theory" to try to describe what they erroneously believe is being taught in Bend-La Pine Schools. These candidates, along with candidate Gregg Henton, want you to believe that CRT is a guidepost and a waypoint that all teachers in the district are using—and that only they, these four school board candidates, can "save" our students from this indoctrination. 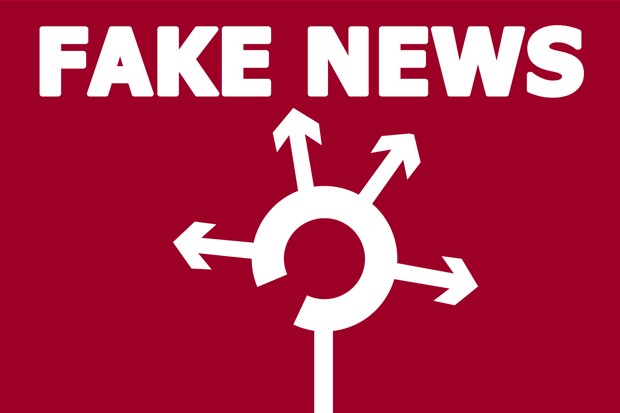 Critical race theory is not being taught nor encouraged in Bend public schools—but by raising this issue, these candidates are actually introducing it to students, parents and community members who might not have otherwise even known what it is.

The only reason that we are now having a community-wide discussion about critical race theory is because somewhere, some of the more conservative elements of our national body-politic have decided that this is the latest boogeyman plaguing schools nationwide. They've spread this fear far and wide across the nation, calling on far-right conservatives to sound the alarm. The call-to-arms being spread by this faction would be laughable if not for its total departure from the truth and the traction it is giving candidates, as some voters seem to be buying it hook, line and sinker.

The four candidates touting this lie are banking on your ignorance and fear. Don't let them cash in.

These candidates have decided that far-right extremist news outlets such as Fox News are their safe harbor—but it doesn't take a genius to see how far off base national news outlets can be when they try to cover your own town. When Lopez-Dauenhauer and Imel appeared on Laura Ingraham's show, they barely had a chance to get a word in edgewise, with Ingraham instead supplying them with most of what she assumed they wanted to say. Ingraham kicked off the segment by stating that Bend was "ultra-liberal"—an assessment that shows how little homework she and her producers actually did. When a city such as Bend, with a near-even split between Republicans, Democrats and non-affiliated voters, is painted as "ultra-liberal," it shows the enormity of their assumptions. This is just a glimmer of the inaccuracies perpetuated when national outlets try to dip their toes into what should be local politics.

It's easy to continue this lie and to perpetuate these myths when you have a one-way megaphone. By speaking only to national media, by only answering a paltry few written questions by a single local media outlet, and by largely relying on social media to spread their untruths, these candidates avoid the tough and more detailed questions. tweet this

But when it comes to these candidates, misstatements and shades of truth appear to be the name of the game. As zealous advocates of reopening schools—something we also advocated for—they'd like you to believe that BLPS school board chair Carrie Douglass dragged her feet in pushing for reopening. The truth is, Douglass was out front, being among those who signed an early letter to the governor—along with many local leaders—advocating for reopening. Also, schools are open. Without that as a main campaign promise, the four candidates had to resort to race-related fearmongering to get anyone to pay attention.

But it's easy to continue this lie and to perpetuate these myths when you have a one-way megaphone. By speaking only to national media, by only answering a paltry few written questions by a single local media outlet, and by largely relying on social media to spread their untruths, these candidates avoid the tough and more detailed questions that would come from people who actually know the area and know the issues, and who would ask the pointed questions that could force them to speak the truth. This past weekend, they even canceled an outdoor Q&A, organized by themselves, after the Central Oregon Peacekeepers said they'd attend. The candidates said they had been "threatened." Accountability to your local community is not threatening. It's reality.

Elected officials serve locally and are accountable to local voters. By now, it should be abundantly obvious that Lopez-Dauenhauer, Imel, Haffner and Henton possess none of the local accountability that is required of an elected position.

Related May Elections: Our endorsements for parks, school board races in Bend, Redmond and Sisters

May Elections
Our endorsements for parks, school board races in Bend, Redmond and Sisters
Local News