When Eugene-based comedian Frank King left for his last series of paid performances aboard the MS Westerdam of the Holland America Line, he had no way of predicting the series of events that would soon unfold. Recent, worldwide panic regarding the coronavirus outbreak has left many countries wary of foreign travelers, and as a result, the temporarily homeless cruise ship was turned away from five countries before finally docking in Cambodia last Thursday.

China's Centers for Disease Control and Prevention noted close to 2,000 coronavirus-related deaths so far, putting the overall death rate at 2.3%. Severe acute respiratory syndrome, commonly known as SARS, which swept through China nearly 20 years ago had a 10% death rate, according to the U.S. CDC. 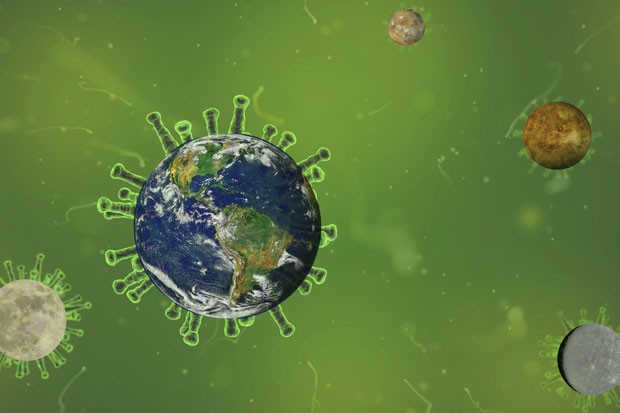 "Imported cases of [coronavirus disease 2019] COVID-19 in travelers have been detected in the U.S. person-to-person spread of COVID-19 also has been seen among close contacts of returned travelers from Wuhan, but at this time, this virus is NOT currently spreading in the community in the United States," the CDC reported. Still, the extremely contagious nature of this specific strain has led to international fear.

"We boarded in Hong Kong on Feb. 1," King told the Source Feb. 14. "Anyone who had been to the mainland was turned away. We headed to the Philippines, but the president had banned all ships from China." The ship was allowed to dock in Taiwan, the next port on the itinerary. "There's a camera in customs that reads everyone's temperature," he explained. "Everyone passed except for 20 people, who had mild fevers. If you consider the amount of people on the ship, some people were bound to get sick with something. But the Taiwanese equivalent to the CDC dropped the hammer, and said, 'Nope, sorry, you can't come back onshore. Oh, and you need to leave immediately.' We were thrown out of there like a rowdy drunk."

King said so far, passengers didn't fear for their well-being. "We were able to restock on food and fuel in Taiwan, but we had to get out of there. So we moved onto South Korea, and South Korea said, 'No. You can't come here.' So we moved onto Japan, and Japan said, 'No.' There were three Japanese ports on the itinerary."

King—who the Source featured in our Jan. 15 Winter Health issue—explained that the ship wanted to dock in Guam, but Guam also turned the cruise line down. "So we turned around and headed southwest. I had never used the compass app on my phone before, and at this point I'd used it at least 50 times." After attempting to dock in Thailand and being forcibly "escorted" back to sea by a "heavily armed gun boat," the ship docked in Sihanoukville, Cambodia. 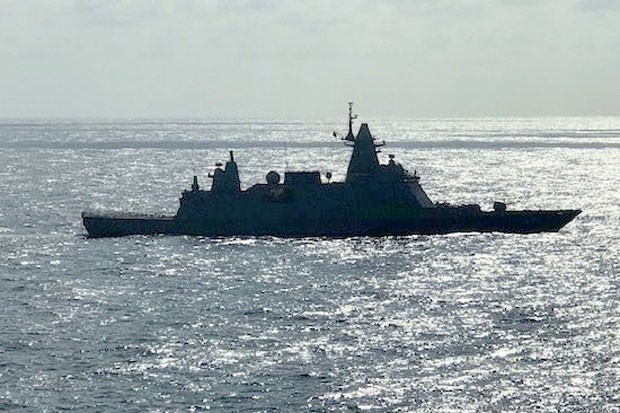 This was a huge relief to the passengers despite the lack of an accessible, international airport, King said. The 20 people with fevers were tested extensively and deemed clear of the virus. Once the ship docked, Holland America chartered flights out of Cambodia, bringing the once sea-stuck passengers safely back home. "Holland America bent over backwards to keep people safe and happy," King noted. "We could make calls for free, use the internet for free... and of course, everyone got refunded." Despite the circumstances, spirits on the ship remained high. "There was no mass hysteria, nothing like that," said King. "It was funny, actually. There was a souvenir t-shirt available for purchase, one with all of the ports mapped out on the back. Everyday this guy would tape over another port with a new port name. Everyone made light of the situation. Probably because we knew no one onboard was actually sick."

Not all cruise passengers have been so lucky. According to a report by The New York Times, a recent outbreak aboard a Diamond Princess cruise ship lead to 454 confirmed cases of coronavirus. This led to a two-week quarantine of the ship. Americans were evacuated before their test results came back positive, resulting in even greater concerns. "Officials decided to let the infected evacuees, who were not yet exhibiting symptoms, board the planes and sit in the back, separated from other passengers by plastic sheets about 10 feet tall," the report reads.

(UPDATE: 2/20/20, 9:30 am) On Feb. 20, Holland America issued a statement, saying, "all 747 crew on board Westerdam have tested negative for COVID-19." The cruise line issued an earlier statement Feb. 18, saying 781 Westerdam passengers had tested negative for the illness, and that guests were from then on cleared to head home. But King had already departed. According to a report Feb. 19 by the TV station WGXA, one passenger initially tested positive for the virus, prompting officials to quarantine passengers in a Cambodian hotel. Frank was fired for the move, the station reported.

On his Twitter feed Feb. 20, King wrote, "Sorry that I scared one and all. Everyone on my ship, The Westerdam, passengers and crew, tested negative."

So does Bend remain safe from coronavirus? Well, actually... no. Eighty-year-old Terry Bryan of Bend was diagnosed with a strain of the virus on Super Bowl Sunday, after some strange symptoms spurned a late-night hospital visit. "It was hard to describe... there was no pain, it was just a rotten feeling," he said. "Something wasn't right." After running several hours of testing, the medical team finally came to a conclusion. "At first they thought I had pneumonia, based off of the CT scan," Bryan said. "They later decided it was coronavirus based off of bloodwork." Bryan was released from the hospital and advised to rest inside for between eight and 10 days. Representatives from St. Charles Medical Center did not respond to our request for information about the number of local coronavirus diagnoses at its facilities by press time.

But before spiraling into a panic, note that there are numerous strains of the virus, and that only the COVID-19—which experienced its initial outbreak in Wuhan, China—is lethal. According to the CDC, four common strains of human coronavirus have been around since the 1960s. Medical News Today reported that coronaviruses are responsible for between 15 and 30% of common colds. "Cold or flu-like symptoms usually set in from two to four days after coronavirus infection, and they are typically mild," the report reads. "However, symptoms vary from person to person, and some forms of the virus can be fatal."