Cougars on the Rise | The Source Weekly - Bend, Oregon

Cougars on the Rise

"Oregon is home to more than 6,000 cougars, or mountain lions. While cougar sightings and encounters are rare, it is wise to educate yourself about the big cats." So says the Oregon Department of Fish & Wildlife, and they're spot on! 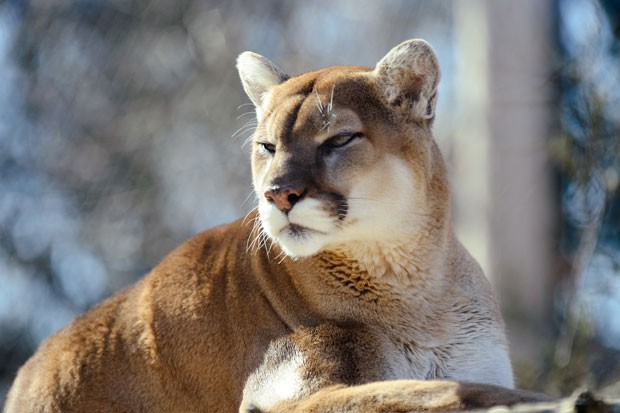 Cougars can be found anywhere in the state, but the highest concentrations are in the Blue Mountains and the Southern Cascades. Cougars are territorial, occupying a range of up to 100 miles, and are lone hunters. Their tracks are large, roundish paw prints without claw marks. Dog track toes in snow or mud, on the other hand, include holes in front of the toes, made by the claws.

The primary prey of cougar is deer, but they'll also take ground squirrels, elk, raccoons, bighorn sheep, and other mammals and birds. Sometimes they'll come into human habitation areas and kill livestock and pets—and even people who are careless and lack the respect for what cougars really are.

There's nothing faster than a cougar bent upon catching what it's after. A human being cannot outrun a cougar! Not even on a racing bike! That said, if you should come face to face with a cougar, keep it that way! Never, but never, turn your back on a live cougar!

Maintaining eye contact is one of the best defensive moves. The next is to show it how big you are and how noisy you can be by shouting at it and waving a jacket at it. Don't scream—shout! If you're on a bicycle, get off and wave it at the cougar, keep it between you and it like a shield, and slowly back up.

Every once in a while, a cougar appears in Bend, Redmond, Sisters, La Pine and the surrounding countryside. In most of these cases, the cougar appeared by surprise, and according to wildlife biologists, it may have been following, or looking for a deer. That's one reason the City of Sisters has the ordinance against feeding deer within the city limits — no sense in inviting cougar into your backyard.

Unfortunately, too many people outside of town—and in some cases, in town, feed deer on their property. Not only is it NOT good for deer to do so, it also spreads disease and drives dogs and wildlife biologists nuts. There should be a county ordinance prohibiting the feeding of game animals. Period!

Last year, two people, one out biking and the other hiking, were killed by cougars in the Northwest; one biking in Washington state, and—the first and only in Oregon, was hiking in the Mt. Hood National Forest. Of the list of 16 people who have been killed by cougars throughout the U.S. since 1970, the majority were children on their own, without adult supervision; others were adults running, hiking or exercising.

There's one outstanding fact about cougar that we humans must take into consideration when we're recreating or active "out in the wild." Cougar chase down their prey and kill it/them. If you try to out run a cougar on foot or on a bicycle, you will fail, and/or in the attempt you will almost certainly trigger their chase response.

ODFW has a list of dos and don'ts when it comes to cougar contacts, listed here in the event you have not been successful in finding it on the ODFW website.

If you live in cougar country:

• Learn your neighborhood. Be aware of any wildlife corridors or places where deer or elk concentrate.


• Walk pets during the day and keep them on a leash.

• Keep pets indoors at dawn and dusk. Shelter them for the night.

• Don't leave food and garbage outside.

• Use animal-proof garbage cans if necessary.

• Remove heavy brush from near the house and play areas.

• Install motion-activated lights out doors along walkways and driveways.

• Be more cautious at dawn and dusk when cougars are most active.

• Do not feed any large wildlife. By attracting other wildlife, you may attract a cougar.

• Deer-proof your garden and yard with nets, lights, fencing.

• Fence and shelter livestock. Move them to sheds or barns at night.

If You Recreate in Cougar Country:

• Be aware of your surroundings at all times.

• Leave your dog at home or keep it on a leash. Pets running free may lead a cougar back to you.

• Hike in groups. Make noise to alert wildlife of your presence. Really!

• Keep children close to you. Teach them about wildlife.

• Carry deterrent spray and know how to use it.

• Be cautious at dusk and dawn.

• Do not approach any wildlife; stay at least 100 yards away.

• Steer clear of baby wildlife. Mother is likely nearby.

• Be alert when sitting quietly or stopping to rest.

• Be especially alert at dawn and dusk when cougars are most active.

• Be aware that animal calls and animal kills can attract a cougar.

If You Encounter a Cougar:

• Cougars often will retreat if given the opportunity. Leave the animal a way to escape.

• Stay calm and stand your ground.

• Pick up children, but do so without bending down or turning your back on the cougar.

• Do not run. Running triggers a chase response in cougars, which could lead to an attack.

• Raise your voice and speak firmly.

• If the cougar seems aggressive, raise your arms to make yourself look larger and clap your hands.

• If in the very unusual event that a cougar attacks you, fight back with rocks, sticks, bear or pepper spray, tools or any items available.

Please report any cougar sighting or encounter to a local ODFW office, the Oregon State Police, or a Sheriff's office. If you pay strict attention to the guidelines and should come into contact with a cougar in its territory — or wandering around in yours — everything should come out well for all parties