January 22, 2020
1 comment
On Wednesday, Jan. 29, agencies in Deschutes, Crook and Jefferson counties and the Confederated Tribes of Warm Springs will collaborate to get an accurate count of people in the region who do not have a place to live. This is part of a nationwide effort to provide a census of those experiencing homelessness. 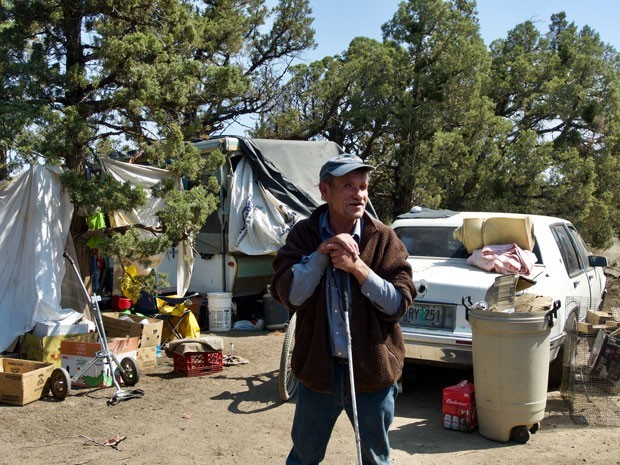 "The Point-In-Time Count is just a snapshot of the larger issue of homelessness in the region," said Colleen Thomas, co-chair of the Homeless Leadership Coalition. "It is really important for us to have a comprehensive and effective count each year so we can have the most accurate data. This helps us apply for more grants and funding to bring more resources and services to the region."

The definition of “homelessness” for the purposes of the count is based on the U.S. Department of Housing and Urban Development guidelines, which includes people who live in a place not meant for human habitation (in cars or tents, for example), and people living in emergency shelters or transitional housing.

"The survey is confidential," Thomas said. "We want people experiencing homelessness to know that we are doing this so their voices can be heard." tweet this
While volunteers will begin the count on Wednesday, surveying will continue through Jan. 31 at camps, shelters, meal sites, food banks, drop-in centers, health clinics, motels, RV parks and streets.

If you or someone you know is experiencing homelessness, attend one of the survey events listed on the Central Oregon Homeless Coalition website to make sure you are counted.

"The survey is confidential," Thomas said. "We want people experiencing homelessness to know that we are doing this so their voices can be heard."

Housing advocates in Central Oregon have taken the HUD-mandated survey one step further: They also ask questions about medical care, prior housing history and reasons for homelessness.

"This year we're adding a qualitative question at the end of the survey," Thomas said. "Does the client or family have a story or experience HLC should know about? This is part of the work that we are doing in the advocacy committee within HLC. We want to bring in the storytelling aspect here because it helps decrease stereotypes."

In addition to counting people who don't have a place to live, volunteers will try to gather data about age, gender, race, ethnicity, veteran status and disability status. Local agencies use the data to create plans specific to the unhoused population in Central Oregon. As part of HUD requirements, volunteers also count people who are at risk of homelessness.

According to the 2019 Homeless Point in Time Count report published by the Homeless Leadership Coalition, the population of people without homes rose by 12% between 2018 and 2019, to 880 people. That number included 147 children and 20 unaccompanied children under the age of 18. Eleven percent of people identified as homeless in the tri-county region were Native American. Native Americans make up 18.8% of the overall population in Jefferson County, 1.1% in Deschutes County and 1.7% in Crook County. Most people in the last survey said they were homeless for economic reasons.

In 2019, 266 people lived in a shelter or transitional housing, while 614 lived unsheltered on their own.

"This is one of the most eye-opening pieces of the count for us," Thomas said. "Even though we have some resources in the region to address homelessness, it is actually a slim amount (of these services) that impacts the population."