Much like the national political climate, in which we're witnessing a loony, right-wing president drive insane policies to fights in the federal courts, our own right-wing Deschutes Board of County Commissioners may be driving our rural cannabis industry to Salem to seek a change to Deschutes County rules. 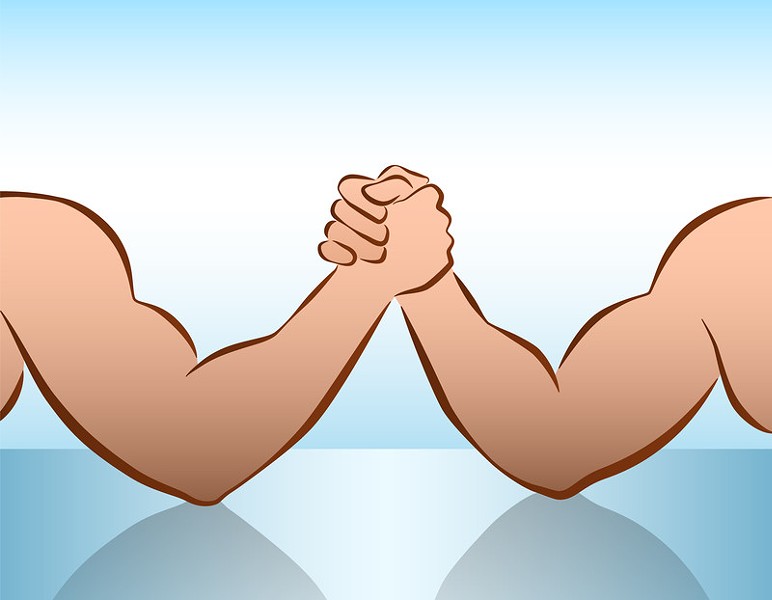 First, an update to a story we published last month: In a business meeting Feb. 20, three weeks after Deschutes County Commissioner Tony DeBone had been absent from a vote on a production facility planned in eastern Deschutes County on Dodds Road, the Board certified its document denying the Waveseer Marijuana Production facility a land-use permit. Their basis for a denial had been the location of a neighboring equestrian facility that offered riding lessons to the general public, including children. (Marijuana farms cannot be located within 1,000 feet of "youth activity centers," schools, or licensed daycares.)

DeBone, who had voted with outgoing Commissioner Tammy Baney to approve a permit for a marijuana grow near a 4H activity center in December, voiced his objection to the current majority's reading of the code.

"'Youth Activity Centers' [being] 4H activities and equestrian events on neighboring properties, that wasn't what I was envisioning when we put this code in place," said DeBone, who had acknowledged his absence and the current futility of his protest "vote."

"These applicants are the growers who want to work in a publicly regulated system with a lot of light shined on the industry."

Commissioner Phil Henderson, echoing his remarks during the January deliberation, replied that he felt the youth activities were "significant enough" on the neighboring property to invoke the "youth activity center" interpretation in the code.

All of this is background noise to the main event: The Deschutes County Farm Bureau, along with members of the cannabis industry, are challenging the new Deschutes County rules at the Oregon Land Use Board of Appeals. The Farm Bureau is arguing that Deschutes County exceeded its authority in excepting cannabis from the protections of legal farm crops, which normally enjoy a broad, unregulated acceptance in all areas of the Exclusive Farm Use zone.

"The ordinance took the strictest marijuana regulations in Oregon and purposefully made them harsher to appease angry constituents," states the petition to LUBA. "The county sought to sacrifice a farm crop in favor of non-farm uses in EFU (exclusive farm use) lands."

Indeed, no part of the Deschutes County "right to farm" statute has been revoked, and Deschutes County recognizes marijuana as a farm crop, and relegates its cultivation to the EFU zone along with other farming activities.

Instead of recognizing that noises and smells and disruptions to our rural community are a fact of life for all farm neighbors in EFU, the Board has consistently capitulated to angry, irrational complaints from rural residents. This capitulation has come in the form of the most restrictive land-use ordinances of any county that allows marijuana cultivation, along with ad hoc denials of permits the likes of which we saw last month with the Waveseer application. (Don't be surprised if that production facility's owners seek redress with LUBA as well; their road to get to this point was no doubt expensive and time-consuming.)

Put another way, the Donald Trumps of our community—ideologues who disregard facts and wage war against "enemies" by any means necessary—are being emboldened by our local Mitch McConnells—GOP regulars who don't mind backing village idiots if they'll get results.

The difference, at least for locals, is that our blue-state bureaucrats in Salem are a lot more Ruth Bader Ginsburg than John Roberts. The three-member LUBA board is made up of appointees by Gov. Kate Brown (D) and confirmed by a state senate that has had Democratic control since 2005.

In other words, if LUBA orders a rewrite of the rules, Deschutes County work sessions may be better than community theatre.