The ongoing saga of the Youth Activity Center definition

The Deschutes County Board of Commissioners was roundly rebuked by the Oregon Land Use Board of Appeals for its wandering "Youth Activity Center" definition as it relates to the location of marijuana farms.

Given that, it seems the smart thing for a county to do would be a strategic retreat, saving itself and its legal resources for matters more worthy of the County's attention. 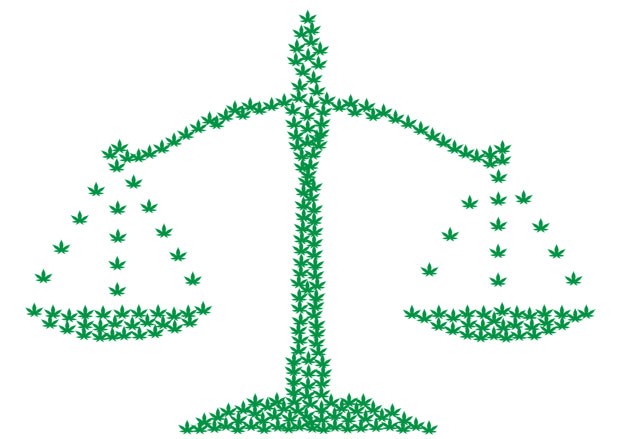 Two of the three Deschutes County Commissioners seem willing to die on the YAC hill, however, if the tone and tenor of Commissioners during the Jan. 29 public hearing is any indicator.

"I think LUBA is instructing the County to consider its previous definition of a youth activity center," Adam Smith, assistant Deschutes County counsel, told the Board members at the outset of a hearing related to a marijuana farm.

The hearing had been ordered by LUBA so it could reconsider its decision to deny the Waveseer application for a marijuana farm near Rhinestone Ranch, east of Bend. While LUBA didn't order the County to approve Waveseer's application, it did reverse the denial, and challenged the commissioners to come up with a reasonable basis to deny.

In short, the argument is whether or not the applicants could have had reasonable notice they were moving in next door to a youth activity center.

For the applicant's attorney, Corinne Celko of Emerge Law Group, the hearing's issues were very narrow.

"The opponents have had plenty of opportunity to present testimony and evidence to you," she said. "What LUBA has decided, is that frankly it was as closely as it could possibly come to a reversal."

The issue, Celko said, was to determine whether there was some other determination of a "YAC" that was not amorphous, uncertain and therefore unreasonable.

"We've been before the County for two years," Celko added in her opening remarks. "LUBA's remand gives us the chance to do the right thing." In fact, the proceedings have gone on so long that the original appellants no longer own the property.

Celko addressed what she saw as the central question: What kind of due diligence should an applicant be expected to engage in to ensure they were not setting up a marijuana shop next to a childcare facility, school or youth activity center? Rhinestone Ranch had zero permits on file, she argued, that would give notice to an applicant that they were setting up shop next to anything that could reasonably be considered a YAC.

"Assuming you could see a stables, a barn," she said, "that is all consistent with a farm use on Exclusive Farm Use land. There's nothing to suggest that is a youth activity center."

Celko also noted that the Board had deliberated about a week earlier concerning a different marijuana applicant, also wrangling with the Board over the definition of a YAC. In that hearing, the Board cited buildings or specific areas devoted to youth activities, or frequency of events where children are engaging in activity supervised by adults, as among the elements that could prove a YAC exists.

"We have a picture with 14 students with helmets on, out in their arena," said Commissioner Patti Adair, obliquely referencing the prior week's deliberations, as well as an online photo attributed to Rhinestone Ranch.

"I drove there, and I did see a sign," Adair said. The sign she refers to simply says "Rhinestone Ranch," and doesn't mention children.

Celko noted that if a school wished to site itself near an unrecognizable, illegal marijuana grow, there's no way the County would then force the school to re-site. Rather, it would get rid of the illegal grow.

In the case of Rhinestone Ranch, her implication was clear: How could an unlicensed, unpermitted, unrecognizable YAC give notice to an applicant that they should look elsewhere?

"If you as the governing body don't know what a youth activity center is," Celko inquired, "how is an applicant supposed to know?"

Despite applicant objections, the Commissioners decided to hold the record open for seven more days. Between inevitable Oregon Liquor Control Commission wrangling and this County quagmire, whether and when Waveseer can begin planting marijuana seeds is very much uncertain.

Unfortunately, for potential marijuana farmers seeking rural Deschutes County as their home, the Commission's clear goal of discouraging such businesses by threatening a two-year fight has been achieved.