A Deschutes County proposal to allow churches in areas zoned to help deer, elk and antelope has a land use group and a state agency concerned about the impacts on wildlife that need undisturbed tracts of land for habitat, food and migration. 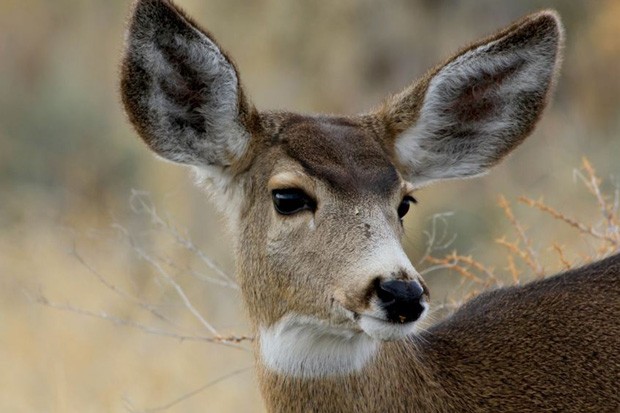 A proposal before the county planning commission seeks to change the county's comprehensive plan text and land use regulation, aiming to comply with the Religious Land Use and Institutionalized Persons Act. The proposed changes would alter the word "church" to "religious institutions" and add "religious institution" as a new use in certain zoning districts.

"We just have to comply with federal law," said Nicole Mardell, an associate planner with the county.

The U.S. Congress adopted RLUIPA in 2000 over concerns that land use and zoning regulations sometimes burdened religious groups and limited their ability to express their religious freedom, while other groups such as assembly halls and museums did not face the same burden, according to county planning division materials on the issue. Based on concerns at the county level that First Amendment rights were being infringed upon, the county tried to change its zoning and comprehensive plan in 2017 to allow churches in the wildlife area combining zone—special zoning districts with standards meant to help conserve important wildlife areas in the county. The risk of a lawsuit from a property owner prompted the county to address the issue at the countywide scale. The nonprofit Central Oregon LandWatch challenged the move and the state Land Use Board of Appeals called for more analysis.

A separate 2018 county land use decision that approved a church on private property zoned for farm use in a wildlife area combining zone relied on the possibility that someone could bring a lawsuit related to RLUIPA. The state affirmed that decision and the county then decided to audit the rest of its code to ensure it complies with RLUIPA.

Central Oregon LandWatch argued that the proposed change "goes beyond protection of free exercise to entwining government with religion in a manner that prefers religion over irreligion and confers special benefits on it." tweet this

At a Sept. 12 public hearing, several people from the La Pine and Sunriver area said that they want to expand their places of worship, and that such growth would not impede wildlife habitat or migration corridors. Deer move through housing in the area now, they argued, and any decreases in population numbers more likely stem from predation by cougars. Deer and elk in the region have done well and adapted to humans—using neighborhoods as a pseudo sanctuary, Jon Harris, manager of facilities at Holy Redeemer Catholic Church in La Pine, stated in written comments.

County planning division material noted that allowing religious institutions where they previously were not allowed could concentrate groups of people, increasing noise and light near fish and wildlife habitat, causing negative impacts and harming certain species. It also noted testimony from the Oregon Department of Fish and Wildlife that mule deer populations have declined up to 70% since 2000—in part from habitat reduction, fragmentation and disturbance on winter range.

In a letter last month, ODFW urged the planning commission to reject the change that would allow religious institutions in wildlife area combining zones and for the county to develop an alternative to comply with RLUIPA that preserves the intent of the Goal 5 planning process. Part of Oregon's statewide land-use planning achieved through local comprehensive planning, Goal 5 refers to natural resources, scenic and historic areas, and open spaces—including wildlife habitat.

The agency has previously noted that resources meant to be protected through zoning are under increasing pressure from a growing human population. And uses that remove wildlife habitat and create barriers to animal movement have long-term, negative consequences for wildlife. The agency has pointed to its estimates of mule deer populations at 40% to 50% of state targets—with deer declines as high as 70% in some parts of the county—and the need for a coordinated, community-wide effort to curtail the trend.

Central Oregon LandWatch argued that the proposed change "goes beyond protection of free exercise to entwining government with religion in a manner that prefers religion over irreligion and confers special benefits on it."

The county could comply with RLUIPA by either allowing religious assemblies, or by continuing to prohibit all assemblies in winter range and specifying that the prohibition applies to churches, assemblies, institutions or membership organizations similar to a church.

"The County will comply with RLUIPA as long as it treats religious assemblies on equal terms with secular assemblies," COLW stated. And that means specifying that assemblies are all excluded from winter range for the same reason—noise and habitat disruption.

"It has nothing to do with religion," COLW Staff Attorney Carol Macbeth said at the Sept. 12 hearing.

"Just as RLUIPA prevents discrimination against churches, the Establishment Clause prevents favoritism toward churches," COLW stated, adding that the county must pursue a course of neutrality toward religion.

The Oregon Hunters Association also opposed the change, saying that critical winter range just outside the city has disappeared at an alarming rate and forced deer to forage in city limits. More unchecked human development increases the collisions between wildlife and vehicles, the association added.

"It is more important than ever to protect habitat from the disruption and degradation associated with assemblies of people," the association stated, calling deer as much a part of Central Oregon as the Three Sisters Mountains and Deschutes River.

The planning commission will further consider the issue at a Sept. 26 meeting before making a recommendation to the board of county commissioners.