In a global pandemic, many couples have spent the better part of a year together, for better or worse. How are they keeping things interesting?

For better or worse, for richer or poorer... over the past year, there's no doubt that plenty of couples who have uttered those words during a traditional marriage ceremony have hearkened back to them, wondering whether they'd considered the advent of a year-long global pandemic when they said them. Whether married or otherwise, couples—like everyone else—have seen new challenges and unexpected circumstances arise over the past year. 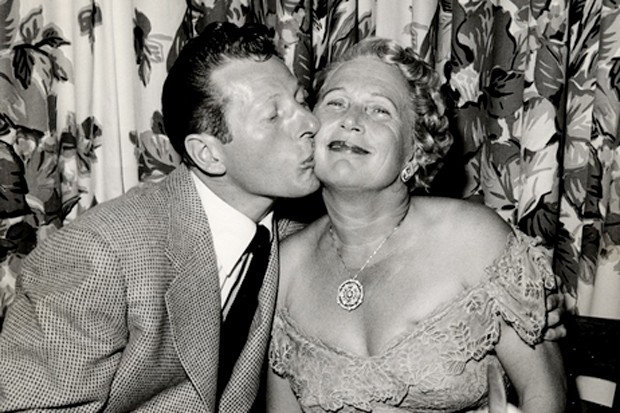 With this Love Issue upon us, we wanted to know, how are couples keeping it interesting? How are they managing to handle the stress of the current situation without going nuclear?

To start, we asked our readers to weigh in. These are a few of their responses.

"We plan and cook dinners together! We didn't really have this in our lives pre-pandemic (he would cook, or I would, but not together). It's a simple thing that we both have really grown to appreciate." – Salena Baca via Facebook

"Lucky for us I fight fire and am gone enough each year." —Savanah Gardner via Facebook

"We got a new hot tub, kinda puts you in a better mood and you sleep better." Michael Morrow via Instagram

"We ordered dinner in from a personal chef and it was amazing." Businesses Uniting via Instagram

"Our first full, entire winter staying in Bend in nine years—with Covid and bathroom remodeling. We love our neighborhood, our neighbors (friends), our neighborhood grocery store C.E. Lovejoy's, sidewalks, nature paths and streets we can walk safely. Bend is a beautiful, growing, city to live. Keeping Bend, Bend—is not just a growth issue. Bend is a robust, growing city embracing diversity, housing, traffic, political divergence, love of the outdoor fishing, hunting, bicycling, big truck loves merging. We are Bend. We are changing and growing. We will always love the smell of pine trees." – Angela Carmen via Facebook

Feeling the sexy vibes in a global pandemic

OK, so that's not the only way they're keeping things interesting, right?


It might be a no-brainer to think that sex, and sales in the sex-toy industry, have gone up during the pandemic—but the stats are a bit more nuanced. Early on in the pandemic, in March 2020, researchers in China discovered that "sexual activity, frequency, and risky sexual behaviors all decreased significantly during the coronavirus pandemic. Individuals also reported a decrease in sexual desire," according to the research paper, "COVID-19 and Coitus: Novel Times and Novelties as this Pandemic Fans an Already Flaming Epidemic," produced by a team at Oklahoma State College of Osteopathic Medicine. But as the researchers also pointed out, another study also conducted in March found that in the United Kingdom, "Data revealed that sexual activity significantly increased with greater time spent in isolation."

According to the Oklahoma paper, a pharmacy in Nottingham "reported an increase of 34% in regard to sales of medications for erectile dysfunction and premature ejaculation since the onset of self-isolation," the Oklahoma researchers wrote. In another study of people in Bangladesh, India and Nepal in April, researchers found "no significant difference in frequency of sexual activity before or during the pandemic."

Coupled up or no, sex toys sales are up

There's no doubt that the economic and health concerns affecting society are causing stress inside people's relationships. But according to the American Family Survey, a survey published in July by Deseret News/Center for the Study of Elections and Democracy, 58% of married women and men ages 18 to 55 said the pandemic has made them appreciate their spouse more. Meanwhile, 51% said their commitment to marriage had deepened. And not only that, but the percentage of people who said their marriage was in trouble went down, from 40% in 2019 to 29% in 2020.


In Oregon in 2020, divorce filings were down 12%, according to the Institute for Family Studies, a conservative think tank with a mission "to strengthen marriage and family life." Those whose financial situation has gotten worse reported more stress in their marriages than those whose financial situation has improved during the pandemic, at 45% and 35% respectively, according to IFS.