Researchers are linking higher air pollution and COVID-19 death rates. So where will that put us during fire season?

May 06, 2020
2 comments
In some of the world’s largest cities, the urban skyline is rarely visible behind a haze of puke-colored smog. But since the coronavirus hit, people around the globe have been posting photos of clear blue skies. 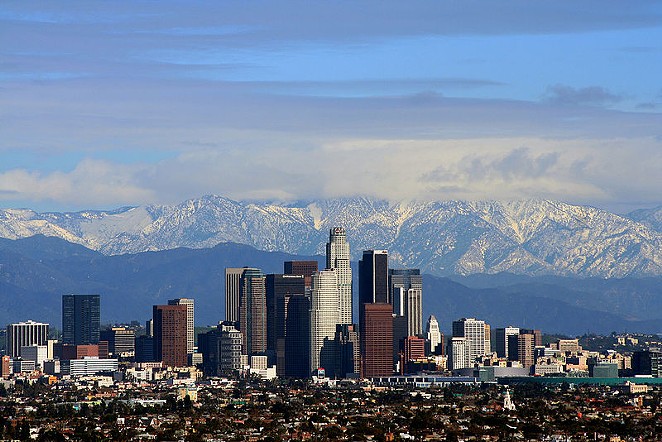 From Los Angeles to Beijing, coronavirus lockdowns halted city traffic. Day by day, the winds carried city air pollution somewhere else, revealing mountain ranges and other novel vistas that some people had never seen in their lifetimes… and may never see again.

Human vulnerability to COVID-19 demonstrates the enormity of a global emergency affecting nearly every individual on the planet. It also highlights how quickly elected leaders can rise to the occasion and take bold action when certain lives are at stake.

But while COVID-19 is immediate—daily tallies tick up and down on graphs and maps from around the world—climate change deaths are usually disguised by earthly disasters. The World Health Organization estimates heat waves and floods caused by global temperature changes are responsible for 150,000 deaths a year worldwide. But those numbers don’t shut down the economies of the richest nations in the world, like coronavirus has.


It's intuitive to see how quickly slowing down the economy creates a shift on the curve of emission rates. -Mike Riley, The Environmental Center tweet this

“Both are global crises which threaten millions of lives with clear science on how to solve them which governments have been too slow to act on,” said environmental journalist Emily Atkin who founded the climate newsletter and podcast Heated. “The same people who promote climate denial are refusing to accept the science of coronavirus, too.”

“One of the lessons of this whole thing is we have this infection that’s hitting us at a human level, but the earth has a similar temperature problem,” said Mike Riley, executive director of The Environmental Center in Bend. “We can see from this that maybe there are ways to run our economy differently… it's intuitive to see how quickly slowing down the economy creates a shift on the curve of emission rates.” 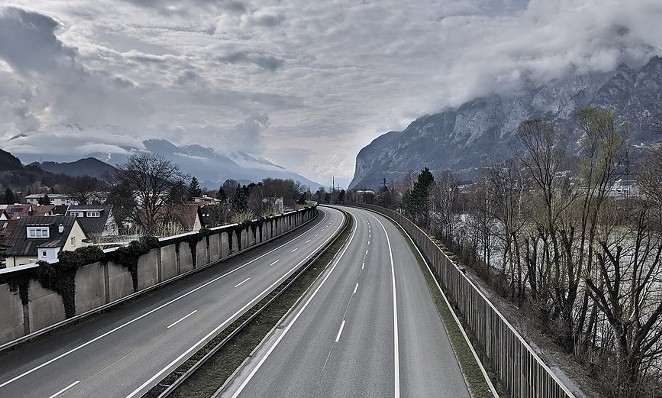 
The coronavirus crisis also highlights widening health disparities between people able to breathe clean air and those constantly exposed to air pollution. People with underlying health conditions such as hypertension and asthma are more vulnerable to complications from COVID-19, according to the Centers for Disease Control and Prevention. These conditions may be caused or aggravated by small particulate matter pollution (PM 2.5) which comes from power plants, vehicles and other combustion engines, according to the American Heart Association.

In a new nationwide study from the Harvard University T.H. Chan School of Public Health, researchers demonstrated that people who live in counties with higher levels of PM 2.5 have higher death rates from COVID-19. Central Oregon has seen no local deaths yet from COVID-19, and meanwhile enjoys clean air—besides fire season.


Today in Deschutes County, the PM 2.5 index is approximately 13. By comparison, during the 2018 wildfire season, PM 2.5 was over 150 for two days. Comparing pre-coronavirus times (February 2020) to post lockdown (April 2020) doesn’t reveal huge differences in air quality in Central Oregon.

“Vehicle pollutants such as nitrogen dioxide and carbon monoxide at this site have been lower than previous years,” said Laura Gleim, a public affairs specialist with Oregon DEQ in an email this week to the Source. “This is not surprising since ODOT reported a 30- to 40% drop in traffic on I-5 near the air monitoring station.”


Meanwhile, a 2018 study by the American Public Health Association confirmed that air pollution hits people of different races and economic statuses differently. People below the poverty line breathe in 25% more PM 2.5 pollution than the average American. Black Americans are exposed to 54% more air pollution than average. 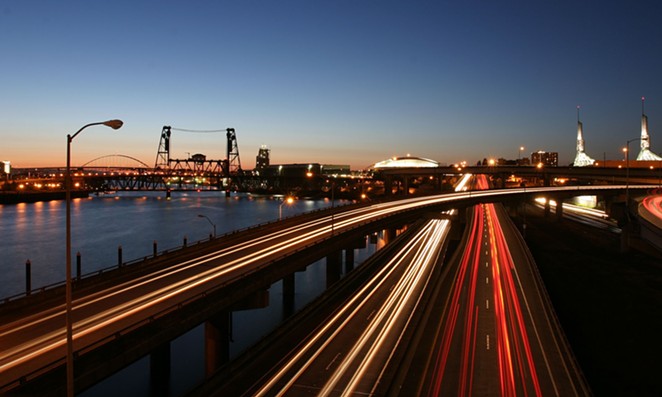 
Lockdown orders and social distancing guidelines will stymie months of daily commutes, air travel and vacations around the world.

Carbon emissions from the transportation sector make up nearly one-third of total carbon emissions in the U.S. But because of the coronavirus, global carbon emissions are projected to drop 5.5% this year, according to an analysis by Carbon Brief, a website on climate change and energy. Yet, that unprecedented drop is still less than what is needed to meet the goals of the Paris Agreement, the deal between nations to limit a global temperature rise to 1.5 degrees Celsius in the coming decades. President Trump withdrew the U.S. from the Agreement in 2017.

Because few people are traveling and commuting, demand for fossil fuels has dried up. At the same time, suppliers from Saudi Arabia and Russia have been lowering prices to try to outsell each other. For the first time in history, fossil fuel became so cheap in April, that oil traders had to pay someone to take it off their hands.

The fossil fuel industry in the U.S. has been on a downward spiral for years, losing value and taking on debt. Some fossil fuel companies would not survive at all were it not for federal subsidies they received pre-coronavirus. But now they want more. The industry has received tens of millions in “small” business loans from the coronavirus bailout. Now President Trump is using the crisis as an excuse to ease the enforcement of pollution standards and Environmental Protection Act rules in order to help “save” the industry.


Trump plans to save the American meat industry as well. Watch almost any documentary about corporate animal agriculture in the U.S. and witness some of the most violent, denigrating and disgusting human behavior towards animals on the planet. In the context of global warming, the industry accounts for 14.5% of greenhouse gas emissions worldwide.

COVID-19 outbreaks ripped through meatpacking plants throughout the U.S. in April because working conditions make social distancing impossible. At least a dozen meat production facilities have closed. Kinks in the supply chain and panic hoarding caused some supermarkets to ration meat sales over the last few weeks. President Trump invoked the Defense Production Act to subsidize the industry and put meatpackers and animal slaughterers back to work.

But for some Americans, meat shortages have inspired consumption of plant-based meat products: sales of protein-rich alternatives are up 278% over this time last year, according to NPR.


New legislation and rules around coronavirus relief funds from the federal government change daily. Companies peddling fossil fuels were able to apply for Small Business Administration loans because their lobbyists pressured the Trump Administration to change the rules of the Main Street Lending Program.

Oregon U.S. Sen. Jeff Merkley (along with 39 other senators) introduced the “Resources for Workforce Investments, Not Drilling (ReWIND) Act” on May 5 to counteract Trump’s effort to bail out fossil fuel companies. The goal is to push for this legislation in the next coronavirus relief package.

“While millions of Americans are threatened by the coronavirus pandemic, the fossil fuel industry is trying to use this crisis to their advantage by seeking even more special favors from the federal government,” said Sen. Bernie Sanders (I-VT), one of the bill’s co-sponsors, and former 2020 presidential candidate. “For decades, they have racked up enormous profits and received billions each year in federal handouts while committing one of the greatest frauds in the history of our country by lying about the existence of climate change.”