Jared Kolesar is very grateful for what he does. This much is abundantly clear as we speak on the phone. The Jared & The Mill frontman gets to make music and tour with people who are friends first, band members second. Kolesar credits the band's open communication to being its biggest strength throughout the years. 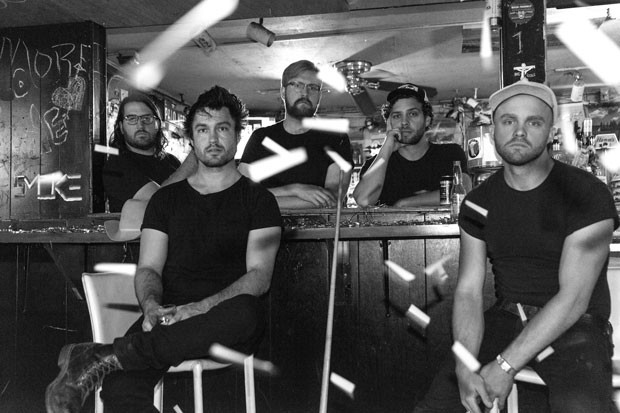 The five piece's latest album, "This Story Is No Longer Available," is a punch. It's nostalgic in a way that makes you think about all of those possible regrets—but also in a way that makes you appreciate how far you've come. Jared & The Mill use a mix of rock and folk-inspired sounds to leave its mark – almost like a singer/songwriter act with a much sharper edge. To compare with a similar sound, Mumford & Sons is one of the bands that immediately comes to mind. During our conversation, Kolesar talked about the band's fans, the new album and his unconditional love for... peanut butter?

Source Weekly: Give me a little backstory. How did you guys all meet?

Jared Kolesar: We met in college. Me and Larry, the lead guitarist in the band, we shared a friend named Emily who put us in touch with one another because she figured – well we both play music and we might benefit from meeting. Turns out we did because we started a band and we've been doing it for eight years now.

We played like two or three shows and didn't think it was going to go anywhere too drastic. But we got some fans by like the third show and they were singing along to our songs that they knew and it was really crazy. So, we kind of figured why not keep on pushing and see how far we get.

SW: What did it feel like noticing people singing along for the first time?

JK: Dude, it's still f*ckin weird. You write a song in your room and like a year or two later there's a bunch of people in front of you and they know every word by heart and they're singing it and they're like closing their eyes and really feeling the music. It's like, 'Damn! This is really odd.'

SW: You guys call your fans "The Pack." How did that come about?

JK: It kind of came about really naturally. Me and Mike, who plays banjo in the band, we've been buddies for a long time. We always had a weird fixation on coyotes. There's a lot of coyotes in Arizona and we think they're really special, cool animals. They're kind of gnarly little bastards at the same time. They're not the same as large majestic wolves. I've seen a coyote with three legs before just kickin' it on the side of the road. They're just little survivors. And we were like that.

That translated over to our fanbase, because we really feel like they are a part of our identity. They give us reason to do what we do. They keep us alive the same way a pack keeps a coyote alive.

SW: You guys put out "The Story Is No Longer Available" this year. What's it like having that out for a little while now and reflecting on the process?

JK: Dude, it is so cool. A lot of times you put out new music and when you go on tour people like want to hear the songs they know – your older catalog more. But they're all really excited to hear the songs we've released from "The Story Is No Longer Available." It is not something we were necessarily expecting to happen right away. The reaction has been more than we could have hoped for and people are really jazzed about it.

SW: When I go through the album it feels like it's tackling the things in life that leave those stamps or scars, through each person's story. Was that sort of the theme you guys were going for?

JK: Honestly man, we didn't really set out to make, like, a concept record. It was more like let's just take the songs we really love, that we relate to the hardest and put them on tape. We ended up realizing that these songs are kind of interwoven. It's because we literally spend the majority of the year with each other—for the majority of the year we are actually like no more than 30 feet apart from each other. So we have a very shared similar experience in how our lives have been going. Without meaning to we put out a record that's about the trials and tribulations of breaking through your 20s and becoming the person you want to be.

SW: You have three interludes on the album. On "Jared & The Mill Sucks," the guy talks about seeing you eat peanut butter with a spork. Is that something you really do?