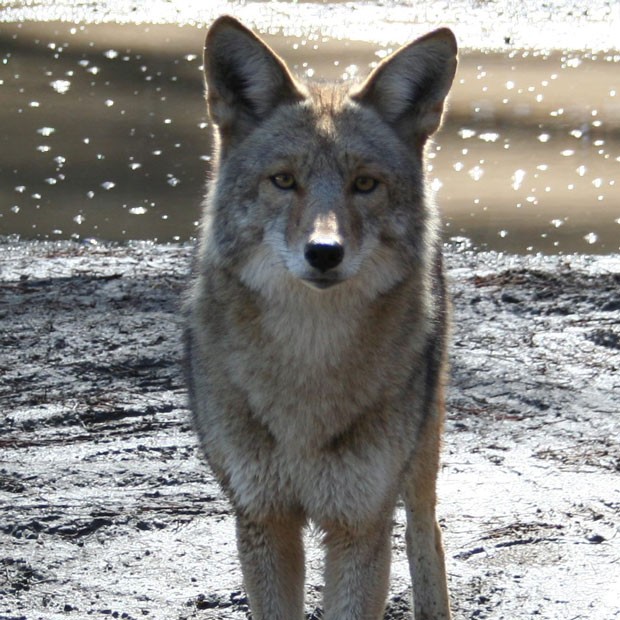 Way back in the '50s and '60s, I was a thorn in the side of the U.S. Fish and Wildlife Service's Predator and Rodent Control program—a misnomer if there ever was one.

Their main target was the coyote. The trappers thought they could eliminate the coyote on the "open range"—as they termed the millions of acres of native grasses and other vegetation on "public lands"— as they did the wolf.

In my opinion, not one of those agents thought that wolves and coyotes were about as alike as apples and oranges. The trappers only thought of them all as "predators" and used the same technique on both, as commanded by the cow and sheep growers who thought of public lands as their private grazing pastures.

What started my involvement with the government's killing campaign was an announcement in the local paper about the closing of the Brothers School because a so-called "rabid" coyote was found dead in the school yard. I was pretty new to Central Oregon at that time, having rolled into Bend in 1951. A local naturalist told me the Brothers coyote wasn't rabid, but had died of 1080 poison—another name for sodium fluoroacetate, a weapon of mass destruction left over from WWII. I couldn't believe it. The technique for killing predators was to put out poison stations with 1080-laced horse meat—also lethal to anything else that got into the bait, such as eagles, woodpeckers and small mammals including weasels, mice and other rodents, and just about anything that got into the bait.

After finding these mass killings around 1080 bait stations and discovering they were illegal since there were too many of them per acre, I began to destroy them. I urinated on several, poured kerosene on others and went so far as to burn some. One day, a government trapper back-tracked and caught me at work. All hell broke loose and his boss in Portland —who by that time was my mortal enemy — sicced the FBI on me. That apparently went on for several years, because...

Around 1965, while employed with the Oregon Museum of Science and Industry as a staff naturalist, I was asked to be the keynote speaker at the National Audubon Society's annual meeting in Tucson, Ariz. Just before I was to give my talk, Sandy Sprunt, my pal and biologist for Audubon, said, "Hey, Jim — see those two guys in the back of the room... the guys in suits?" I said I did. And he added with a big grin, "They say they're FBI and here to arrest you for destroying government property."

So, I gave it all I had, telling everyone about destroying 1080 poison stations and why. When I was done, I left the podium amidst a standing ovation and headed down the aisle. The two guys headed my way.

After finding these mass killings around 1080 bait stations and discovering they were illegal since there were too many of them per acre, I began to destroy them. I urinated on several, poured kerosene on others and went so far as to burn some. —Jim Anderson tweet this

Just as we were about to meet, a tiny red-haired lady leaped up between us, presenting a speech of her own on how much she agreed with my stance on so-called "predator control," and how overjoyed she was about the numbers of eagles, hawks, owls, coyotes and other wildlife I'd saved in destroying the poison stations. She finished the dissertation by giving me a huge hug, amid loud clapping from the audience.

The two guys stopped in their tracks, turned around and walked out of the building and were never seen again. The little old, red-haired, life-saving bundle of energy was none other than Mary Hazel Harris, head of the Defenders of Wildlife.

In the years to follow she and I kept up communication. She sent me to another PARC boondoggle being held at the Hart Mountain Antelope Refuge in eastern Oregon, where the trappers were denning, trapping, running over, and shooting coyotes from a Super Cub aircraft, ostensibly as a means of protecting pronghorn offspring.

Harris insisted that every coyote killed by the feds must be given to me to have its stomach examined for evidence that coyotes were preying on antelope kids. I thought it would be prudent to have someone else with me to give another voice to the results, and asked a reproductive biologist from Reed College to join me.

We didn't find one piece of pronghorn kid in any coyote's stomach—but we did find plenty of rodents that competed with pronghorn for food — oh, and one sage grouse. We also discovered that the only place suitable for antelope kids to graze after being weaned was a part of the refuge that was burned a few years back. The rest of the refuge was overrun with overgrazed sagebrush and grass habitat.

But the most interesting development from that event involved the fellow at the table next to us, looking at female coyote reproductive tracts. He had a theory that in the past 100 years coyotes have changed their lifestyle. Instead of having territories like wolves, they've become foot-loose-and-fancy-free polygamists.

As it turned out he was correct. Coyotes today no longer live in groups and family units; they are wanderers with one male running with up to three or four females. Instead of each female producing three of four puppies, they give birth to five or six. This means the coyote population is increasing — not declining as planned by the PARC trappers — and as such, have left their ancestral range and spread all over North and South America. It makes perfect sense as to why there are now coyotes from Maine to Los Angeles.

In the Northeast, there's now apparently a cross between a wolf/dog/coyote that's wise to man's attempts to kill them, which means, "It doesn't pay to fool around with Mother Nature..." or, put another way, "You ain't seen nothin' yet!"