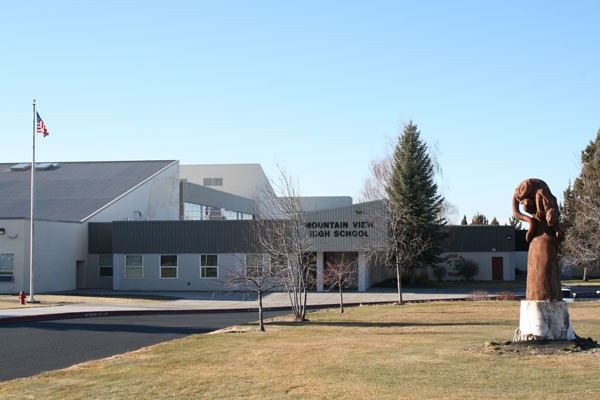 The Bend Police Department says they've identified a suspect following a bomb threat allegedly sent to a Bend-La Pine Schools website. Police say the school district received a threat on Nov. 1, which said that a former student intended to "blow up a math class" at Mt. View High School Nov. 3. Police launched an immediate investigation, enlisting the help of a number of detectives and a special agent from the Federal Bureau of Investigation. On Nov. 7, police issued a release, saying a suspect in Eugene, Ore., had been identified.

"We take every single threat as legitimate," Lt. Clint Burleigh of Bend PD told the Source Weekly Tuesday. Police say investigators looked into the threat in the 48 hours after the threatening email—and beyond that date—and officials from the school district and the police department "felt it was safe for the students of Mt. View High School to attend" school Nov. 3, according to the Nov. 7 release from Bend PD.

Despite the bomb threat at Mt. View High School, there was a "pretty good turnout" at school on the day the bombing was allegedly to take place. — Julianne Repman tweet this

BLP Director of Communications and Safety, Julianne Repman, says in spite of the threat, there was a "pretty good turnout" at school on the day the bombing was allegedly to take place. Burleigh says only about 15 percent of students chose to stay home from school that day.

"Some students that I've spoken with say there's frustration that there might be students out there that think disruption to the learning environment is a good idea," Repman said, noting that the protocol in situations like this is to notify parents, students and other stakeholders within the school community—but not necessarily the wider neighborhood.

"We looked into this and said, who are the people who need to know?" Burleigh said. In this case, Burleigh said officers determined that parents, teachers and students should be informed, but that a wider community alert might cause undue panic.

According to the Nov. 7 release, the threat was sent through an anonymous "TOR" server, but BLP internet technology staff and FBI investigators were still able to pick out information that helped lead them to a suspect in Eugene. The suspect was identified as a 14-year-old. Police say the suspect thought the message was being sent to a school in another state.

"It sounds like early indications that it was a student who was trying to be disruptive to a woman or a female that he knew or believed that he knew," Repman said. "And so there's this sense of frustration among students that this is their safe place, this is where they go to learn and to connect with their peers and their teachers."

Police say charges that could be filed in a case like this include computer crime, a Class C felony, and disorderly conduct, a misdemeanor. The Deschutes County District Attorney's Juvenile Department will determine which charges to file.

To help educate parents on students' use of Internet technology, the child abuse center, The Kid Center, is offering a training at Pacific Crest Middle School Nov. 30. More information is available at kidscenter.org.