Police, bar staff and Ian Cranston's fiancee testify during the first week of arguments in the long-anticipated trial over Cranston's shooting and killing of Barry Washington

An earlier version of this story appeared Nov. 4 at bendsource.com.

The trial of Ian Cranston began Nov. 2 with attorneys selecting a 12-person jury that would decide whether Cranston was justified in the shooting of Barry Washington on Sept. 19, 2021, in downtown Bend. The shooting reached national news and sparked outrage over the charges of manslaughter rather than murder, Cranston being released from jail the same afternoon as the shooting and the perceived racial bias of the shooting and in the initial charges. Cranston is white and Washington is Black. 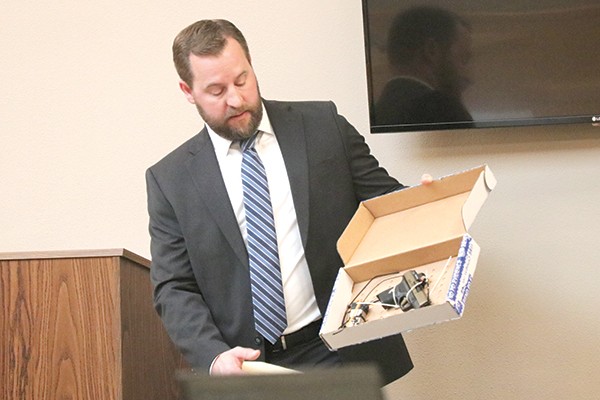 During jury selection the defense weeded out potential jurors who formed a negative opinion of Cranston from unfavorable media coverage, those who felt negatively toward carrying concealed firearms and those believing the presence of a white shooter and a Black casualty could influence their feelings to a degree that could impact their ruling. The prosecution asked potential jurors how alcohol affects behavior, if someone who's drunk gets the same protection under the law, if they own guns and how they use them and how jurors decide if someone is lying.

The following day the attorneys and judge convened for final motion, where the judge ruled on what evidence could be brought forward and what couldn't. Judge Beth Bagley decided that data taken from Washington's cell phone was outside the scope of the warrant—an attempt to determine whether Cranston and Washington had ever been around each other prior to the night of Sept. 19. Bagley also sided with the defense in barring a comparison to other downtown incidents compiled by the Bend Police Department and decided Washington couldn't be called a "victim" until closing arguments.

During opening arguments prosecutor Michael Swart argued that Cranston's pride was bruised when Washington punched him in the face twice after approaching his fiancee Allison Butler. Washington had approached Butler in a bar flirtatiously, telling Butler she's beautiful, according to court documents, but left cordially after being informed that Butler was engaged. It's unclear if Washington recognized Butler when he approached her again outside, but Cranston reportedly told him to "move along" and "she's taken" before an argument escalated to profanity and then physical violence.

"After Barry Washington punched Ian Cranston twice in the face, Ian Cranston instantaneously took out his hand gun that he had holstered on his back and took it to his side, and then he waited for 30 seconds, a half a minute. Thirty long seconds to take his revenge, to look for an opportunity to assuage his pride, to look for an opportunity to take his vengeance on Barry Washington and prove his manhood to his fiancee," said Swart, the prosecutor.

Swart said Cranston's actions were disproportionate and that there was no proof Washington was going to attack him a second time. The defense argued that Cranston had no means to defend against Washington, who was 6 inches taller than Cranston and 40 pounds heavier. The defense also alleges that Cranston only fired after Washington pushed Butler and turned toward Cranston with a raised fist.

"Ian Cranston never wanted to be in the situation he was put in that night. When Mr. Cranston left his home, he didn't know that before the night was over, he'd be attacked suddenly without warning by a man far stronger and more powerful than him," said Kevin Sali, Cranston's attorney.

The first four witnesses called in the case were Bend Police Department officers who responded to the call or conducted detective work on the case. Officers reported coming into a chaotic scene and finding Washington lying unconscious in a small pool of blood with an entry wound on his lower left abdomen and no exit wound. The earliest reports suggested it could have been a self-inflected wound, but officers were later made aware that there was a shooter. 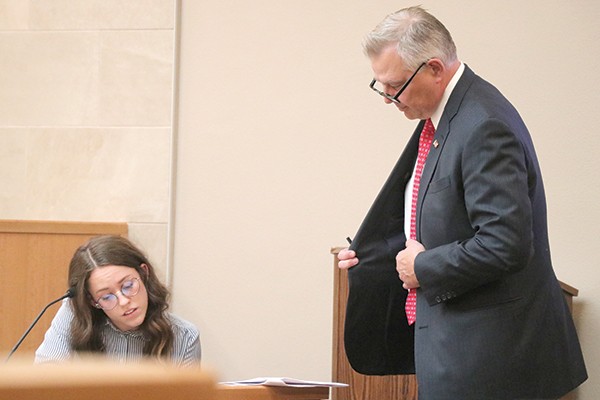 Body camera footage shows police rendering aid on Washington, putting a bandage over his wound and checking for others. Washington at times briefly regained consciousness. Police were made aware that Cranston was the shooter by an employee at The Capitol, the bar outside of which the shooting took place. At the time Cranston was assisting an officer in treating Washington's wounds. Cranston applied pressure to Washington's wounds 20 seconds after shooting him, but between then and the arrival of the police the bouncer at The Capitol had begun helping Washington and Cranston was standing nearby.

Several officers said they were surprised to learn that the shooter had stayed and administered aid on Washington and described Cranston as cordial and compliant. A doorman at The Capitol, however, considered Cranston, Butler and their friend Tyler Smith as seeming unaffected by the shooting.

"He didn't seem as to have that much remorse, if that makes sense," said Jarrett Yount, who was checking IDs at The Capitol. "None of them in the group were on their phones calling or anything. The other two friends were just kind of standing against the wall and had this kind of smirk on their face."

The last witness called on Friday was Cranston's fiancee, Allison Butler. Just before Washington was shot, Butler started filming Washington while saying, "Say hello." Washington pushed the phone away from him, which Butler said struck her in the face. The footage is one of four video excerpts used in the case. Prosecutors argue it was a deliberate provocation while the defense says it was meant to deter Washington from striking anyone else.

Prosecutors attempted to highlight inconsistencies in Butler's story as told on the stand, in the grand jury, during police interviews and in her cell phone footage, pointing to grand jury testimony where Butler said Cranston used profanity and that she said Washington hit her in the cell phone video, but said he pushed her during the grand jury indictment. The defense argued that when Washington pushed Butler's phone it struck her face and could reasonably be called being hit. Defense attorneys also said Butler, who denies the filming was meant to provoke, wouldn't intentionally goad someone who had just committed violence.

Bagley chastised both the prosecution and defense during the questioning of Butler, prompting her to dismiss the jury. Sali loudly objected to a line of questioning that he believed violated a court order that barred character evidence over a quote Butler delivered to the grand jury. Bagley told Sali to keep his objections brief, and told Swart to wrap up his questions.

"Mr. Sali, when you have an objection to make, you stand up and you make a brief real objection that I can identify by the evidence, code or whatever it is. Hearsay, backhanded evidence, relevance, whatever it is, anything beyond that is argumentative," Bagley said. "Mr. Swart, this is a tortuous line of questioning. You need to get where you need to get faster and better and streamlined."

Butler's testimony drew a close to the first week of the trial that could continue until Nov. 18. The trial resumed on Tuesday, Nov. 8.