A hearing to establish the trial schedule is set for Friday

Ian Cranston pleaded not guilty in Deschutes County court Dec. 7 to charges of second-degree murder, first and second-degree manslaughter, first degree assault and two counts of unlawful use of a deadly weapon in the Sept. 19 shooting of Barry Washington Jr. outside of The Capitol, a nightclub in downtown Bend. 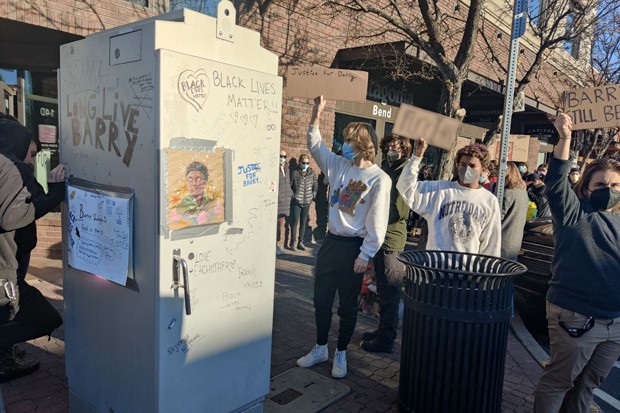 Deschutes County District Attorney John Hummel said Cranston shot Washington after he approached Cranston's girlfriend and a brief scuffle ensued. Cranston's attorney disputed this, saying that the fight was ongoing during the shooting. A grand jury charged Cranston, a former machinist for the ammunition manufacturer Nosler, on Sept. 30 and he was arrested on a no-bail warrant. Another hearing is scheduled for Friday, Dec. 10, at 3 pm to set up a trial schedule.

Washington's mother, Lawanda Roberson, released a statement after Cranston entered a not guilty plea, saying her family was devastated, and that they wouldn't release further public statements until they review all the evidence, and won't affect the criminal justice process.

"We are grateful for the outpouring of support from people in Central Oregon and appreciate the memorial maintained for Barry Jr. He was truly loved and will not be forgotten," Robinson said in the statement. 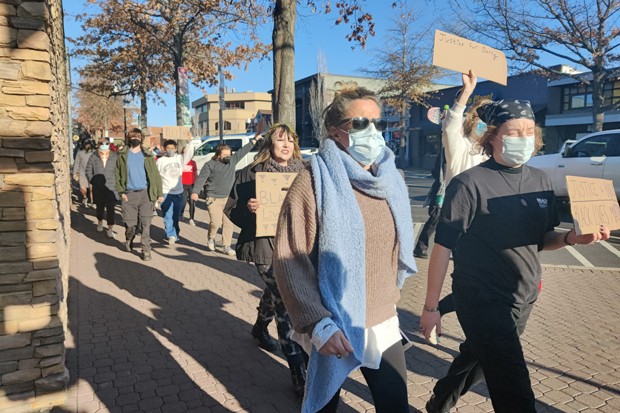 A group of protesters gathered outside the courthouse and listened to the hearing, before moving towards the corner of Wall Street and Oregon Avenue, where a makeshift monument was made in Washington's honor.