The psuedo-legal pot that everyone's talking about

If you enjoy cannabis, that's largely due to the major cannabinoid Delta-9 THC. A cultivar's THC content listed at a dispensary, containing generally 14-30+% THC? That's overwhelmingly Delta-9. Being a major cannabinoid, it gets the most attention and regulation.

It's the reason that CBD products sold outside a medical/adult use cannabis program must have .3% or less THC. Any more and it becomes a "controlled substance." 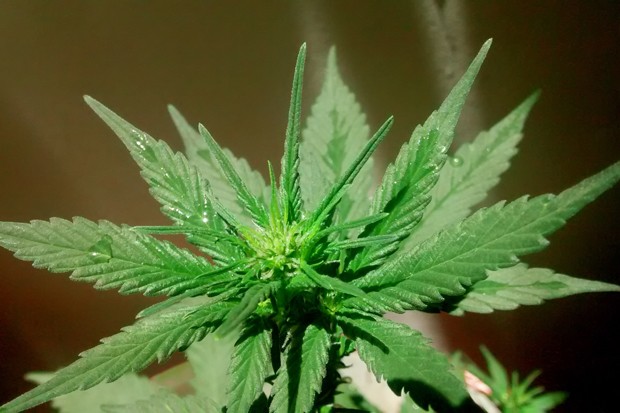 That amount was deemed to be the limit after hemp became legal as part of the Farm Bill of 2018. The free market has always understood that people enjoy various levels and forms of intoxication, and a long line of products—good, questionable, and deadly—have been developed and sold using cannabis as a reference point.

Related Farm Bill: Puts Hemp on Par with Other Crops

The newest are products that contain the minor cannabinoid Delta-8 THC, aka Delta-8. Because it's produced from hemp-derived CBD, it's legal! Or legal-ish, as very recently it's increasingly been made illegal; then again, maybe the feds say it already is?

What does Delta-8 THC do?

Users say the experience is psychoactive, but the high is much milder than Delta-9 and free of the less-desirable effects experienced by some users of Delta-9, such as paranoia and anxiety. Benefits include focus and relaxation. Studies have shown that Delta-8 from cannabis is effective for pain relief, nausea, increasing appetite and sleep.


The ability to produce hemp-derived Delta-8 has become big business for hemp producers, and for those who make and sell products featuring this Delta-8. It's especially sought out in states that don't have access to regulated and legal cannabis through medical or adult-use programs.

As with CBD products, Delta-8 products are widely available at gas stations, mini marts and other storefronts, sold as smokable flower, vape cartridges, edibles and numerous other formats.

How big is the Delta-8 industry?

Forbes reports that the hemp-derived Delta-8 powerhouse, Lifted Made company, "is traded over-the-counter, has a $50 million market cap and generated $4.1 million in revenue in 2019. It ships Delta-8 edibles, vapes and flower to most states in the U.S."


So, this is totally legal then?

Lifted Made CEO and Founder Nick Warrender says he's confident that he follows the law exactly as written. "The way [the federal government] defines THC is very specific. It's not very grey. It's black and white," he said. "From a scientific standpoint, cannabis and hemp are the same plant, but under the law they are completely different things. It's rather ridiculous."


Numerous states have hastily enacted new rules and laws banning the production and sale of hemp-derived Delta-8 and the products containing it. Colorado and New York are two of the latest, and Oregon has a bill that would impose new regulations as well.

What about the feds?

The federal government classifies Delta-8 as a "controlled substance," along with Delta-9 THC, so that's not a promising harbinger for the continued unfettered access that now exists. Andrea Golan, a Los Angeles attorney specializing in hemp regulatory and compliance issues, tells Leafly that the, "Federal Analogue Act—passed in 1986 and meant to combat synthetically-made "designer drugs"—holds that any drugs that are similar in chemical structure, and that have a similar (actual or intended) effect similar or greater to a that of a controlled substance, and are intended for human consumption, must be treated as a Schedule I or Schedule II controlled substance."


So if you are vibing hard with the wide range of Delta-8 products on non-dispensary shelves, scoop them up now while you still can. Chances are good they won't be there much longer.

Related CBD and CBN Help with ZZZs: For those seeking better rest, a combo of two cannabinoids is showing promise

CBD and CBN Help with ZZZs
For those seeking better rest, a combo of two cannabinoids is showing promise
By Josh Jardine
Smoke Signals