Crazy for You | Film | Bend | The Source Weekly - Bend, Oregon

A thriller, shot in Bend and Prineville

Writer/Director Dan Cohen and Producer Howard Schor have created an interesting hybrid of a movie: a thriller shot entirely in Bend and Prineville and featuring a murderer's row of local talent, but starring two Hollywood actors in the central roles. It's surreal to see friends I've watched for years (or even shared the stage with) acting opposite the inestimable Bonnie Bedelia and Melissa Fumero. 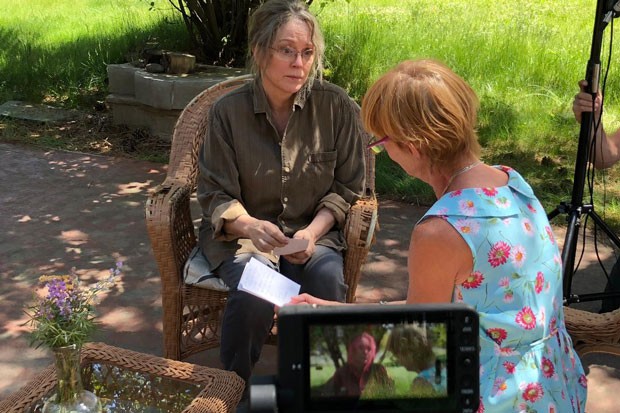 "A Stone in the Water" plays like an elegy. Trauma from youth has kept Martha (Bedelia) a bit of a recluse. She crosses paths with Alex (Fumero), a young woman on the run from the police, a violent ex and her own past. As Martha and Alex strike up an unlikely friendship, things get dark when Alex realizes she's pregnant from her evil ex. Things go downhill quickly.

The film just recently took home the Best Thriller award from the Fort Lauderdale International Film Festival, so "Stone in the Water" is already off to a good start. Cohen struck gold when getting Bedelia (so very perfect in "Parenthood" and the "Die Hard" franchise) to star in the film. Bedelia brings such a heartbreaking inner life to the character that it's hard not to root for her even when she makes some...let's just say "bad" choices.

"We used an experienced casting director, Nancy Foy. That's virtually the only way to get strong actors to commit to a low-budget indie," Cohen explained about finding the cast. "I was very lucky to get Bonnie, Melissa and David [Fumero] to come to Bend for very little money to make 'Stone.' They liked the material and saw that I'd worked with good actors on other projects. As for finding local talent, that's one of my favorite parts of production. I attend a lot of local theater and have since I arrived here more than five years ago. We have a terrific talent pool. Some, like Mary Kilpatrick, David DaCosta, Kim Leemans, Michael and Lauralee Coffman, Kara and Ryan Klontz, are quite visible. Others, like Rudy Arias, Kip Pierson and 8-year-old Ryder Caligure are remarkable finds." 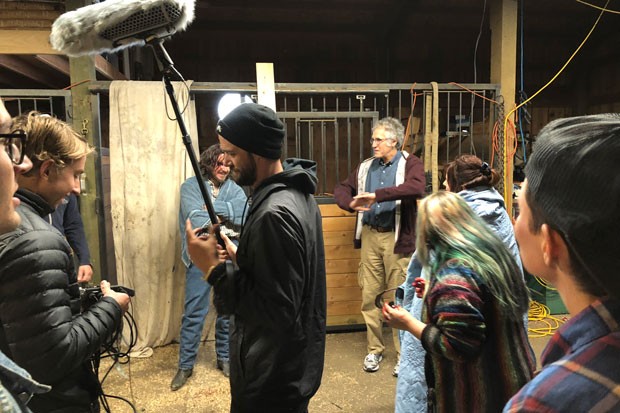 The future of "A Stone in the Water" could be bright, especially on the festival circuit. "We're looking for a couple of high-profile festivals to get the film a bit more visibility," says Cohen. "Trade reviews like Variety and Hollywood Reporter, perhaps a few online reviews on the better websites. After that a distributor who has a vision for the best platform for 'Stone.' Probably a strong streaming service, maybe the cables. You never know what their business plans are and what they're looking for."

The cast and crew still haven't seen the film, but that will change at the upcoming special screening at Eagle Mountain Event Center. The wonderfully twisted final shot of the movie will keep audiences talking, so it'll be interesting to see people's reaction to the finished film. Hopefully films like this can keep bringing top-tier talent to Central Oregon for years to come.