Water pulling us ever closer toward the blind entrance of the Class III Fish Ladder rapid, my R2 shredder partner, Chloa Ulrich, shows not a stitch of fear. Throughout our McKenzie River route, she's gently ruminating about nutrition, weighing the pros and cons of the histamines in fermented food. No matter the subject, her sing-song voice swaddles me in ease. Embracing the left shoreline, each alternating paddle stroke rocking the shredder like a cradle, we elude boulder mounds for 100 yards. We finish with a flipper high-five, slapping paddles together, her never missing a beat in the dietary diatribe. 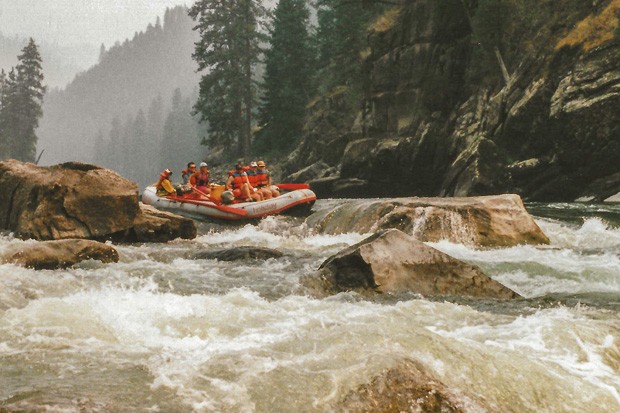 Just a day in the life of a paddle queen. No biggie.

I've always wondered what it would be like to have a paddle mom—to be born into a whitewater dynasty with access to kayaks, rafts, shredders, patient maternal figures willing to teach, and superior DNA—everything at one's waterlogged fingertips.

From studies, we know children who grow up watching their parents go to work in pantsuits with briefcases, by default, absorb business acumen, which naturally accelerates their development in the professional arena. It stands to reason that the same would be true watching your mom drysuit up, skirt into a kayak and send it. This is a story about three such moms: Beth Jacobi, Joyce Stahly and Ulrich.

Jacobi, now a Chinese Medicine doctor and social worker, started guiding at 19, as a river ranger on the Arkansas River. At 20 she began her eight seasons of guiding in Colorado, leading trips on rivers all over the interior West and Alaska. Starting out, she piloted gear boats and captained paddle rafts, but quickly graduated to kayaking. This is a common evolution in the paddle community; but there were far fewer females in the industry back then. Today, she kayaks weekly all over Oregon.

Stahly made her whitewater debut with the Beartooth paddle crew after starting her career in occupational therapy in Montana.

"I thought, there's gotta be more to life than work. I was unmarried and kayaking was my social system," she says today. Though she's modest about it, Stahly's river resume is extensive—including a first descent in Yellowstone, styling the North Fork of the Payette River, frequently lapping Meadow Camp (one of the most difficult kayak stretches in Bend) and having a solid reputation as a Class V boater.

Ulrich's whitewater origin story mirrors Jacobi's, starting out as a guide. She learned to kayak during a college course and guided all over Utah, Colorado and Idaho during summers through her 20s. A peek at her current paddle rap sheet includes R2ing the entire Grand Canyon on a shredder (R2 means paddle rafting with just two people; a shredder is a small paddle raft) and 19 Rogue River trips, several of which she navigated solo. 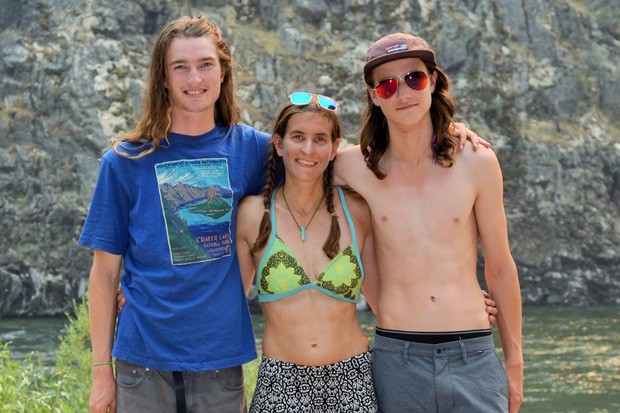 Starting when they were infants, Jacobi prioritized kid-friendly river trips, like the John Day River, for her children. Anna, Jacobi's eldest, loved to rope swing, cliff jump, hike creeks and catch salamanders and crawdads. Orion, Jacobi's second, swam the majority of the Rogue River in a wetsuit with flippers and a kickboard at age 8. Now in college, he kayaks among the upper echelon of boaters, hucking the hardest waterfalls in the Pacific Northwest and exploring the steepest drainages of New Zealand.

Ulrich says her eldest, Heath, rowed from an early age and continues to do so today, just having served as a trip lead for the first time. Her second, Karl, started out bird watching from the boat and began R2ing a shredder with her in his mid-teens. Several years ago, he graduated to hucking waterfalls with Orion. 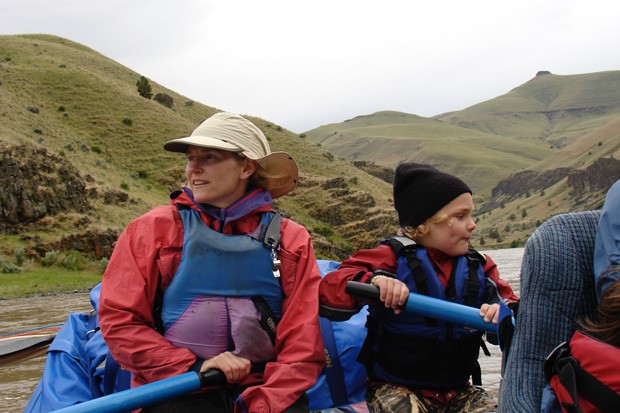 In true "go big or go home" Stahly fashion, her one and only son, Kia, had his first river trip at age 3—a seven-day Main Salmon River epic. After that, Stahly says a float tube and kayak paddle taught Kai everything he needed to know to row, dive, surf and keep up with his mom kayaking.

With decades of paddling under their belts, Ulrich shares the consensus of the group when she exclaims, "If I ever get too old to row, I won't, but if I do, granny will train up her daughters-in-laws and grandkids to row her around." She adds, "By then the shredder will be an antique—a family heirloom."