Complex recognized as one of the most innovative in the country

The City of Prineville is making a splash in water conservation and environmental protection.

Engineering company Anderson Perry and Prineville received the distinguished Grand Award from the American Council of Engineering Companies for their work on the Crooked River Wetlands complex.

At the 52nd Engineering Excellence Awards ceremony on May 7 in Washington D.C., a panel of judges voted and selected the most innovative and valuable engineer groups and their projects. Out of 196 entries there were only 16 winners. 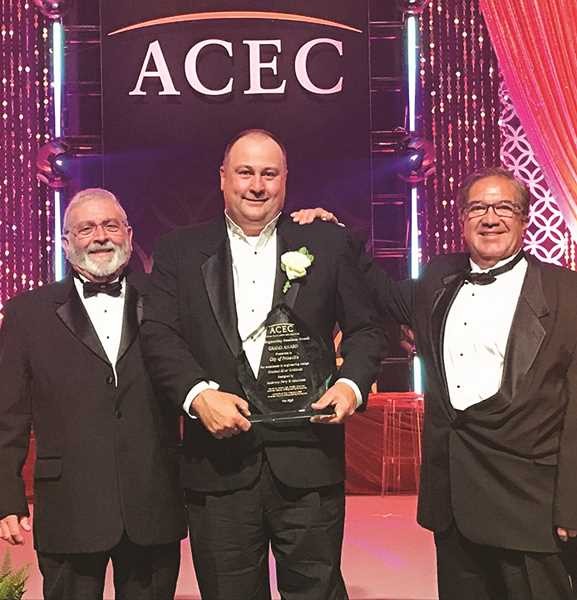 In 2005, Anderson Perry and Prineville teamed up to tackle upgrading the city’s wastewater treatment facilities.

Instead of building an energy–sucking mechanical plant that would have been detrimental to the surrounding environment and cost the city nearly $62 million, the City voted to go a different route. Twelve years later, the vision came to fruition.

A complex spread across 120 acres along the Crooked River that includes over five miles of hiking trails, animal-watching and 13 kiosks designed to educate visitors about the surrounding environment and its creatures, while also providing wastewater treatment.


"The possibilities for educational opportunities are limitless!" Jim Van Vlack, a wetlands volunteer, told the Source in an Aug. 2017 article.

The project saved businesses and citizens from sizable rate increases — according to the City of Prineville, and is expected to meet the city's water treatment needs through 2040. On top of that, grants and partner funding contributed to about half of the $7.7 million to fund the project.

“The complex utilizes natural processes found in the wetlands to further treat the reclaimed water,” said the ACEC in their award newsletter.

This isn’t the first time the Crooked River Wetlands project has received national recognition. The National Association of Clean Water and the Environmental Protection Agency have both praised the compound for its “outstanding contribution to environmental protection.”

In 2018 the ACEC also named the Crooked River Wetlands “Project of the Year.”

The council admired the fact it was constructed for fraction of the original cost, and was “designed to operate entirely by gravity, the wetlands offer habitat to numerous plants, wildlife, waterfowl, and insects that support a healthy ecosystem.”

Over 100 different species of birds are making use of the area, and 400 cottonwood and pacific willow trees were planted in 2018 to provide food for these creatures. The City claims that with the changes they have made, more wildlife and plant life will make this area their home in the coming years. 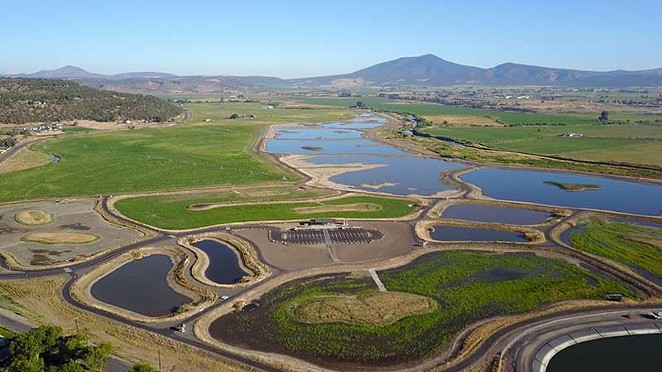