The community of Redmond is burgeoning — and in more ways than population growth. The Redmond Downtown Historic District was added to the National Register of Historic Places in November 2017, recognizing the copious art deco and streamline moderne architecture preserved and restored in the historic core—including the Odem Theater pub and movie house, reopened in November after a three-year renovation. The City of Redmond struck a $1 million deal with a California developer to revive the Historic Redmond Hotel, which, according to the Alpha Wave Investors website, has sat vacant since 2006. 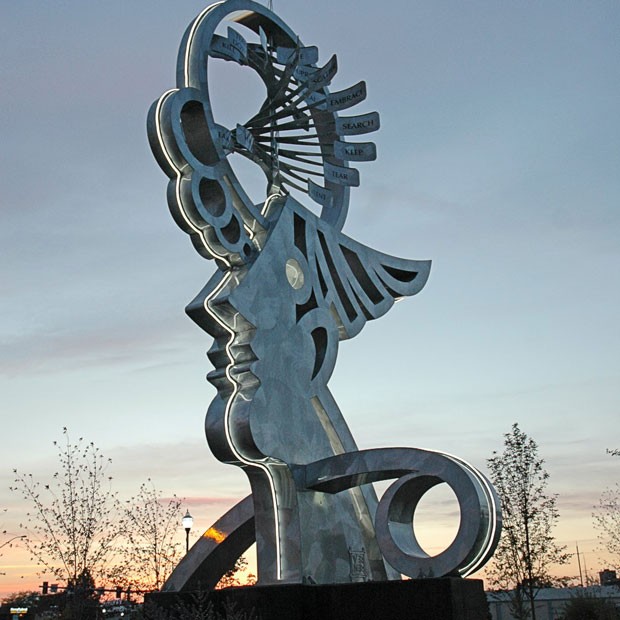 Another sign of a healthy, growing community is the investment in public art — and Redmond has seen an influx of public art over the past decade, largely facilitated by the Redmond Committee for Art in Public Places.

Linda Gilmore Hill, who has chaired RCAPP for the past six years, says the nine-member committee has coordinated the installation of 37 permanent public art pieces throughout the city since the committee's inception in 2006.

The committee's handiwork can be seen not only in the sculptures on display throughout town, but in various other community public art projects, such as the Centennial Mural completed in 2010 for Redmond's Centennial celebration, the clock tower and the fireplace that reside in Centennial Park, and colorful youth paintings on electrical boxes all over the city.

"Our goal is really to do public art with youth," says Gilmore Hill. "We did a roundabout with the students from the three high schools — from conception through the design work, making a formal presentation to our committee as well as the city council for approval and putting together the budget and all the site design and everything. I mean, it's a great learning experience for youth."

The roundabout art resides at the intersection of 27th Street and Yew Avenue, a two-year project completed in 2014 by Redmond-area high school students.

The Knight Foundation's 2010 Soul of the Community report analyzed what emotionally attaches people to a community and motivates them to build a life there. The three-year study collected data from nearly 43,000 people in 26 cities across the U.S. What matters most? The study found that social offerings, openness or "how welcoming the community is to different types of people" and aesthetics or the "physical beauty of the community" were the top driving factors.

"I think there are several impact studies that shows what art does for a community and that it is well documented what art brings in economic value to a city," says Gilmore Hill. "We get compliments all the time, like 'when we decided to move to Redmond, we wanted to see what kind of art was happening, what was going on in the community in the downtown core area.'" 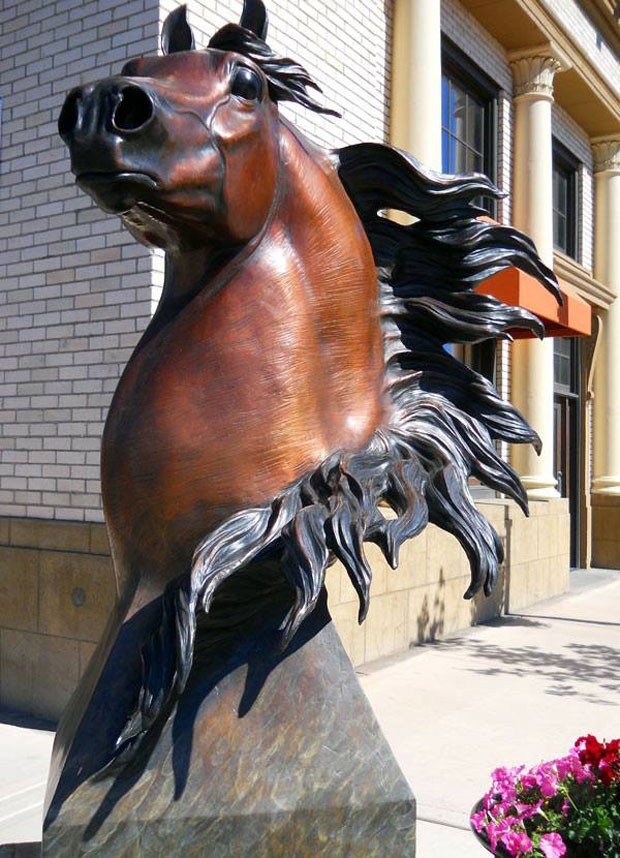 In an effort to showcase more art in Redmond, but without enough funding to purchase multiple pieces of art each year, the committee launched Art Around the Clock in 2011. The program showcases art on loan for a two-year period throughout the city in outdoor spaces, including parks and other public meeting places. Currently, the City of Redmond has 15 pieces of temporary art on display, and in May, members of the Redmond community can vote on the sculpture they like best. The city will purchase the piece with the most votes to keep in the city's permanent public art collection.

The first piece of public art voted "People's Choice" from the 2011 Art Around the Clock was a beautiful horse sculpture, titled "Sirocco," which can be found on the corner of 6th Street and Deschutes Avenue.

Gilmore Hill says RCAPP plans on coordinating the painting of murals by an Artist-in-Residence in the Redmond Skatepark and the new pump track at the Redmond Bike Park in 2019.


For a list of completed public art projects, visit www.ci.redmond.or.us and navigate to the RCAPP page under the "Government" tab.