On Monday Oct. 17 about 50 Culver School District sixth-graders were pulled from Camp Tamarack's Outdoor School program, a three-day and two-night camp that blends school curriculum with outdoor activities that over 40 schools participate in. Camp Tamarack staff said they weren't aware the students were leaving until the buses arrived and didn't learn why the students left until CSD Superintendent Stefanie Garber issued a letter to parents the next day. 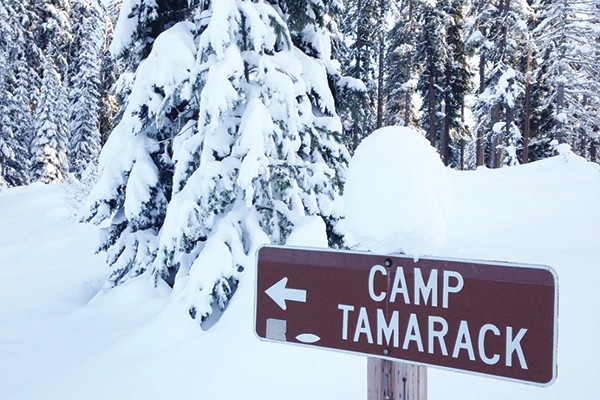 The letter detailed how some students told teachers they were uncomfortable bunking and changing clothes in a cabin with nonbinary student volunteers, though Tamarack does have changing rooms, private bathrooms and a shower house where students change in private. Nonbinary people identify as being outside of the binary gender spectrum and may identify as both female and male, neither female nor male, and may or may not identify as transgender.

Camp Tamarack states that it is inclusive of LGBTQ+ students and its equity, diversity and inclusion policies on its website affirm students' right to self-identify autonomously, use the facilities matching their gender identity and that nonbinary students are placed in cabins according to their friend group, or are assigned by their school counselor or guardian.

"At Camp Tamarack, it is our ongoing mission to ensure that Outdoor School is a safe place to work, volunteer and send children, regardless of an individual's race, religion, sex, color, disability, sexual orientation or gender identity," said Charlie Anderson, executive director of Camp Tamarack in an emailed response. "In order to ensure everyone's safety, we follow the rules laid forth by the Oregon Department of Education."

A social media post from Tamarack employees said many kids were upset to depart, with some chanting "let us stay" before leaving. The post also said the camp's social media platforms and Google reviews were flooded with anti-trans and anti-nonbinary comments. Anderson said they've reported a large number of the posts and that most of them have since been removed. Garber says she's been called a bigot for purportedly not supporting the camp counselors, but claims her actions supported both counselors and Culver students.

She said she made the decision to pull kids from the camp after several male students expressed discomfort about the counselors to their teachers, which then filtered up to the Culver Middle School principal and finally her.

"There were boys that were very uncomfortable that their counselor appeared to be a female but identified as nonbinary. It was my understanding that it was more than one cabin. Given the circumstances I consulted with a couple other administrators, and it seemed like a no-win situation," Garber said.

Garber said she felt rearranging camping accommodations would unfairly single out the nonbinary camp counselors, and that she didn't want Culver students to remain in a situation they felt was uncomfortable. Garber said it was a difficult decision to make and one she doesn't take lightly.

"It just seemed best to retreat. I lost sleep over the decision. It was not easy. And Culver school district fully supports our own LGBTQ community, and we support the heterosexual community. It's a delicate balance for schools," Garber said. "The parents trust us to take care of their kids, no matter how they identify. And so, if the students were uncomfortable enough, multiple of them, to go to the teacher, we have to listen. Even if it was one student, you'd have to listen, but it was multiple."

Both Garber and Camp Tamarack have accused the other of poor communication throughout the process. Garber's letter says they erred on the side of caution but would've continued if they'd known beforehand that a counselor was nonbinary, allowing them to coordinate cabin placement with Culver students. Anderson said that type of arrangement wouldn't be possible, and that he wished Culver staff told camp staff that they were leaving.

"Our communications are not allowed to include the sexual orientation or gender identity of any of the kids, campers or student leaders at camp. We have been working with Culver since 2015 and the communication this year has been no different than in years past," Anderson wrote. "Though the superintendent apologized to us for her gap in communication, we feel that was a missed opportunity for meaningful communication and solutions."

The Oregon Department of Education Communications Director Marc Siegel told the Madras Pioneer that districts are encouraged to consider cisgender student discomfort or lack of understanding with the increased harm and safety needs of gender noncomforming students, but couldn't say if a violation occurred.

"Accommodations can be made for those students that feel uncomfortable, and a student should not be forced to stay in a situation where they are uncomfortable," Siegel told the Madras Pioneer. "But that individual support plan cannot create a discriminatory environment for other students either, and cannot infringe on the rights of others to experience nondiscrimination."

Other school districts are revising their outdoor school curriculum as well. Buff Elementary in Jefferson County told parents of fifth-graders they'd be taking day trips to the camp but will not be spending the night. The public information officer of Jefferson School District didn't respond to a request for comment.