Many good entrepreneurial stories begin with something rebellious. This is true for how the original pili nut company came to fruition, too. Jason Thomas, owner and founder of Pili Hunters, the first sprouted pili nut company in the U.S., divulged, "I literally snuck $100 worth of pili nuts back through customs in my backpack and started a company. At the time, the product was unknown in the West." This was back in 2014.

Customs missteps aside, Thomas shares, "Our biggest accomplishment has been building the Pili Hunters brand from the ground up without any backers. Just hard work. Literally on my own going to stores and expos, grinding." 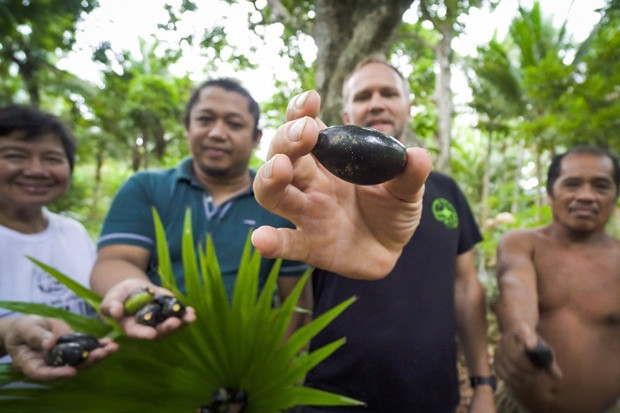 "I knew very little about commerce," notes Thomas. "I learned early how to work hard and my travels around the world taught me a thing or two about bartering." Thomas attributes his success to growing up with Native people in Alaska, who taught him "a different outlook on life." He also attributes his success to help from amazing influencers—loyal customers, in other words.

Once Thomas saw the nutritional potential in pili nuts—one of the highest-fat and lowest-carb nuts on the planet, and in alignment with keto and paleo diets—he started building relationships with people in the Philippines for sourcing the wild-harvested nut.

"It's been an all-new adventure for me. It was never about making millions of dollars. I am not a serial entrepreneur. I am an honest, hard-working guy and I try to put those values first in the business. Another major accomplishment is creating hundreds if not thousands of jobs in the Philippines. I am quite proud of this."

Thomas says some of the biggest challenges in building the Pili Hunters empire to date include doing everything on his own, the pandemic, finding workers and other non-perishable health-centric local companies honing in on his product.

Wanting to secure his supply chain, Thomas contracted COVID while overseas in February 2020. Having COVID "totally kicked my ass," Thomas said. "I honestly thought I was gonna die. One good thing came of it. I met my fiancé and she looked after me during this time, selflessly taking me to the hospital where they tried to admit me. I refused and rode it out in a hotel in Manila. And now I am having a baby girl in three weeks! Which has given me a renewed push in the business."

Another recent challenge, Thomas said: watching Sisters-based Laird Superfoods begin to move in on the pili market share. With a buttery flavor and taste, all Pili Hunters products are grown wild. In the Tagalog Philippines language, pili means "chosen."

"I always say the pili chose me [smiley face emoji]."

Thomas insists he couldn't do any of this without all the people who supported him and the pili nut since his company's inception. "They believed in me, which has kept the company alive and well."

After getting some press from big hitters like NBC's "Today" show and an appearance on ABCs "Shark Tank," consumers can now buy Pili Hunters' nuts locally at Newport Market, Food4Less, Market of Choice, Natural Grocers, Amazon, and of course, at www.eatpilinuts.com.

"We are always trying to make new products to keep our customers stoked," Thomas said, adding, with a note of pessimism, "I can't talk too much about our new stuff as it could get copied."