Senators highlight the importance of public participation in BLM decisions

Oregon's senators want to spare the volunteer groups that advise the Bureau of Land Management from proposed cuts, warning that getting rid of the groups could hinder the public from managing public lands. 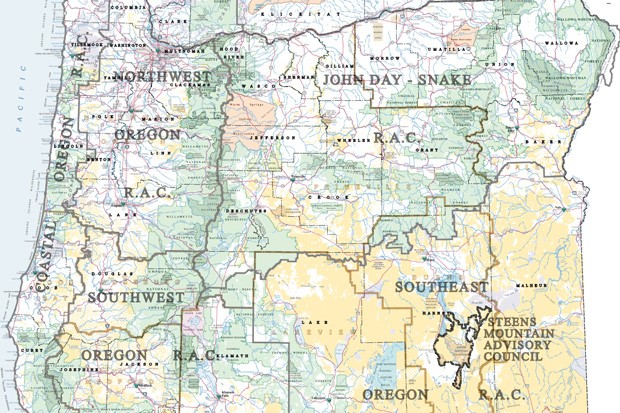 An executive order from President Donald Trump in June called for each executive department and agency across the federal government to evaluate the need for its current advisory committees and cut at least one-third of them by the end of September. In a July 23 letter to Trump, Oregon Senators Ron Wyden and Jeff Merkley raised concerns over the impact the order would have on the Bureau of Land Management's Resource Advisory Councils. The senators, both Democrats, called for exempting BLM's councils.

Trump's order—"Evaluating and Improving the Utility of Federal Advisory Committees"—specifies that the cuts should include committees whose goals have been met, whose work has become obsolete, whose main functions have been taken on by another entity or whose costs of operating have exceeded the benefits they provide. Agencies could seek waivers.

Advisory committees function under rules set by the Federal Advisory Committee Act, meant to recognize the merits of getting advice from the nation's citizens while also ensuring that advice is relevant, objective and public, and that the committees comply with various cost and record-keeping requirements. More than 1,000 advisory committees with more than 60,000 members now advise the president and the executive branch on issues that include drugs, schools, highways and nuclear waste.

The letter from Wyden and Merkley noted that BLM created its resource advisory councils to engage local citizens, especially in rural areas, to help manage U.S public lands, the letter stated. BLM has 37 of those councils across the West, made up of 10 to 15 volunteers from various backgrounds and interests. The letter warned that limiting the number of BLM's councils, along with BLM's delays in approving new council members, would hinder public participation in managing public resources.

Oregon has six RACs. They meet two to four times a year, with members appointed for three-year terms, serving without a salary but getting reimbursed for travel and other expenses. The Central Oregon counties of Deschutes, Jefferson, Crook and others fall within the John Day-Snake RAC that also covers northeastern Oregon. The group has 15 members, five each for three topic areas—commodities, including commercial recreation, minerals, energy and timber; conservation, including environmental, history and wild horses; and community, including the public at large, academia, and representatives from tribes and state and local government.

Lisa Clark, public affairs officer with BLM in Prineville, serves as coordinator for that RAC. Clark said she does not know whether the RAC, formed in 1995, will continue after the cuts—or what prompted the proposal.

"We didn't get any information," she said.

But she praised the John Day-Snake RAC and the local knowledge that it has brought to the federal government's attention on big issues, saying that its members have brought the voice of their communities to the BLM. She recalled the RAC's input when BLM proposed a fee to float the John Day River. The council advised that because the area is a more primitive experience and attracts a lot of locals from rural communities, the fee should be smaller than proposed. The BLM agreed and followed that advice.

"I couldn't value it more highly," Clark said of the RAC.

The latest project the John Day-Snake RAC will work on involves developing a management plan for new land that BLM acquired on the John Day River in Gilliam County. BLM got about 4,000 acres last year and will get about 7,000 later this month, Clark said. She expects the RAC to increase the outreach to the public and get more people involved in crafting what the recreation will look like out at the site that includes steep river slopes, sagebrush, bighorn sheep, deer and a boat launch.

According to information in a federal database that tracks the more than 1,000 advisory committees across the federal government, the John Day-Snake RAC is tasked with independently reviewing land management practices and plans, and making formal recommendations that represent an agreed-upon view of the diverse group. Many special-interest groups make similar recommendations, but as a whole, the RAC themselves represent no single interest, according to the database's committee detail page on its website.

"As such, this is an invaluable tool with which to review land management practices and to make appropriate recommendations without fear of undue influence by one singular interest or another," the web page stated.