Not everything in life starts off flawlessly, even if we'd like to imagine it works that way. For Brian Craig, his journey as a musician started off rocky. But sometimes those moments of difficulty are what make stories beautiful— and in Craig's new memoir, "Local Dad Rocker: A Memoir of Self-Discovery from Songwriting," we see firsthand the joy in the struggle as he shares his experience of trying to become a working musician in Bend as the community grows around him. Craig­—who is also a Source Weekly alum—tells me he hopes the book can encourage others to keep trying their hand at music.

"I wouldn't have guessed that I'd be writing a book about my time in music, but it felt right and a perfect use of my energy during the time of COVID-19. It was a fun and liberating experience peering into the caverns of my own memories, with a lot of 'oh yeah, that's right' moments and reconnections with old band mates," says Craig. "The writing journey also reminded me where my passion in performing live music began, and the rough ride of starting as an older musician. I think by reliving the story of some of my music successes, failures and remembering good and bad lessons, I've encouraged myself that I can restart playing live music when this is all over." 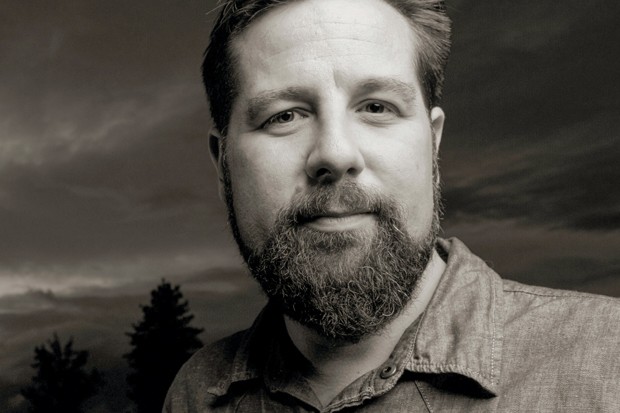 Craig's first time playing live on stage was at the Evil Sister in 1997, a since-closed venue on Greenwood Avenue in Bend that served as a hub for punk rock. The show was a live audition for a band that Craig had just linked up with, and by the third song in their set the drummer said "he'd seen enough." Craig was out. His next band audition—one he found through Craigslist, shared a similar fate as the first. This time though, he didn't stop. And he also made a friend and collaborator in the aftermath.

"There is something about performing live music that feeds my spirit and joy. I'm sure all my fellow musicians will agree that there is nothing better than enjoying the camaraderie of preparing for a future performance and then later enjoying the rewarding and refreshing feeling of finishing up a perfect show," he says. "I think holding onto the dream of being a musician enables me to enjoy a side of life that keeps everything happy and interesting to me."

Other than a story of perseverance and music, Craig's book also is a little time capsule of the music scene in Bend. It covers old venues, new ones being built and other ins and outs of a scene that wasn't near what it is today.

"It was so amazing to watch the Bend, Oregon, music scene develop and grow to where it was and where it will be again. I write about how I worked with a fellow student at COCC [Central Oregon Community College] in a play in the late '90s—which was one of the only places you could watch professional music, thanks to a budding promoter named Cameron Clark who brought in music to the campus auditoriums. That student showed me that there was indeed a local music scene hidden in the town, with real local players. He ended up moving and kicked off a career as a professional musician named Matisyahu," recalls Craig.

"Of course, since then Bend has developed into a pristine area to enjoy and perform as live local music and professional music at Les Schwab Amphitheater became much more of a cultural fixture."

Those interested in reading Craig's memoir can find it for sale at Dudley's Bookshop Cafe. There's also an audiobook version, which Craig narrated himself. He tells me it was pretty hard, and would recommend to get a professional if you don't have the patience to do it yourself.

"I locked myself up into my closet and spent hours and hours and more hours reading and re-reading. For every hour there was at least three to four additional hours of editing the audio files. When it was all done I uploaded the files only to get rejected, twice, for technical issues like room tone or sound levels. Just like recording a song, it's a labor of love and I'm glad the story is finished and is in audiobook form."