The boys of Precious Byrd have become a staple in the Pacific Northwest, and Central Oregon especially. It's a wonder that they've only put one project before this, with 2016's "Superphonic Magical" EP, but here they sit – a Bend symbol representing nights danced away to funky grooves. But the wait for more original material is almost over, with their sophomore EP "Wolves" dropping April 13. According to bass player Lonnie Chapin, "These are the best songs we've ever released." 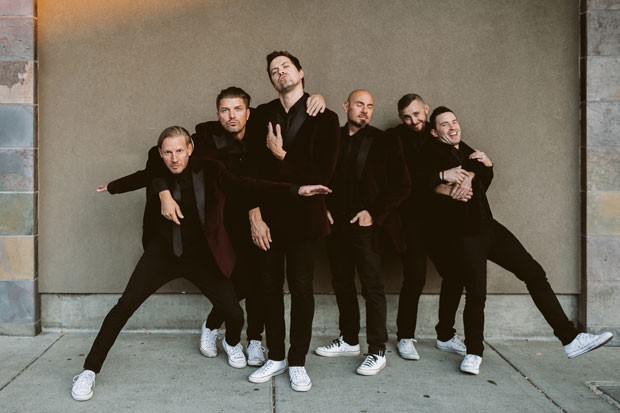 "Wolves" runs six tracks, and is filled with that high-energy and good-timey feel you'd expect. It's a modern take on funk, soul and dance with that slightly hardened rock edge. We've heard half of the EP, and it's sounding pretty slick. Here's our take on the three songs:

The album-titled opener is a heartbreak anthem about being fed to the "wolves," and hung out to dry by a past relationship. The track is simple, but hits the right spots for a breakup song: one that captures your feelings and one you can sing your heart out to. The chorus is the strong point here, as the intro to "Wolves" builds up nicely to the ultimate revealing of the wounds left behind.

"Where The Wild Things Are"

This was the lone single the band put out in prep for the EP, so go check it out if you haven't yet (the music video features a familiar scaly face you might recognize from our Central Oregon Pets magazine. Ryker is truly a star in the making). "Where The Wild Things Are" is a pop-polished anthem about creativity and following your dreams. "We're the young and courageous," croons lead singer Corey Parnell. "Where The Wild Things Are" serves two purposes: one is essentially an ode to Precious Byrd's beginnings as a band, starting out just knowing they wanted to have some fun, and the second being a piece of encouragement for others looking to take the jump with their art.

The opposite of a wolf, in the form of a sky hunter, vultures circle leftover prey and attack. The theme of this song centers around the technology of 2019 and how it can become life consuming, i.e. our cellphones. How many times a day do you pull it out to look at meaningless notifications? "These silver screens they're nearly on us / They're constantly, stealing our focus / They're circling, these little vultures," rings the chorus of "Vultures." We're all accustomed to having the world at our fingertips, but Precious Byrd is wondering what happens when we let it go for a moment.

Overall, these sneak peeks have me excited for what the whole project has to offer. "Wolves" has groovy and fun tracks that reach out to a deeper meaning—always enjoyable when it comes down to the hard listening. The early bread crumbs show that the project will be there for us when we want to get up and boogie, but also there for when we want to think about different things going on in life.

The band's release party at Volcanic Theatre Pub is already sold out, so hopefully you were among the ones who snagged a ticket. For the band however, that feeling is priceless.

"The band started as a couple friends just wanting to have fun playing music together. That idea still stands and that's what we do, except now we've added a bunch more rowdy friends in the crowd!" says guitarist/vocalist Casey Parnell. "Central Oregon is an amazing place filled with so many great people. We can't believe the show sold out in such a short time, truly just an example of how this community loves music and supports its own. We're very thankful!"