Regulated cannabis programs have created jobs, increased tax revenue, positively impacted the opioid crisis, and through expungement programs, ever so slightly reduced the impact the War on Drugs has taken upon communities—primarily communities of color. It's not perfect, but it's doing more good than harm, and is a huge step up from nationwide prohibition. 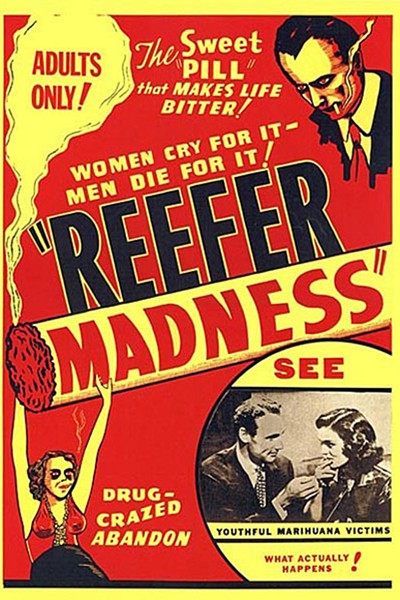 Yet, there are still places in the U.S. where cannabis is an excuse to harass or imprison people—or worse. Here are some recent examples of the true dangers of "Reefer Madness."

Jamaican-born Oregon musician Patrick "BlackFire" Beadle possesses an Oregon Medical Marijuana card to treat chronic pain issues. In March 2017, he was driving through Mississippi when he was arrested after a traffic stop uncovered 2.89 pounds of cannabis, legally purchased in Oregon. Despite his OMMP cardholder status and what prosecutors admit was zero evidence of drug trafficking, Beadle was looking at 40 years in prison. In October, he was sentenced to eight years without parole for drug trafficking. According to Mississippi's Clarion Ledger newspaper, in February, he was allowed to enter a guilty plea to simple possession, which came with a 12-year sentence, but offers potential parole after three years.

The smell of cannabis can be dangerous, too. Earlier this month, four Virginia University of Lynchburg football players leaving an early morning workout were pulled over for what officers said was a broken tail light. According to eyewitnesses and cell phone video, the officer approached the car with his hand at the waist, then pulled his gun. Additional officers quickly arrived, handcuffed the students, and placed them on the curb, no doubt due to what The Root wisely determined was "Because of the influx of broken tail lights and the association of broken tail lights leading to murders."

As ABC3 News reported, in the video, the officer explained that he pulled his gun because he smelled marijuana, adding that the Supreme Court says guns and drugs go together. A search of the vehicle did not turn up any guns, drugs or marijuana.

Growing cannabis can be dangerous, as well. According to High Times, a Pennsylvania man was checking on his illegal, outdoor, 10-plant grow on state game lands about 75 miles outside Philadelphia. (Pennsylvania has a medical cannabis program, but prohibits anyone from growing for themselves or others.) Greg Longenecker, a 51-year-old short-order cook, was with his friend David Light, examining their plants when authorities arrived. Light surrendered, but Longenecker chose to flee into dense underbrush.

Authorities decided the best option would be to use a bulldozer to clear a path into the brush where Longenecker had fled. In doing so, the bulldozer, moving at speeds of 1 to 2 miles per hour, ran over Longenecker. His family filed a lawsuit for wrongful death, questioning the police account that Longenecker was high on meth and dove under the bulldozer.

As High Times reports, in an affidavit, Light stated "That morning, Gregory was not high or under the influence. There is no way Gregory crawled underneath the back of the bulldozer. It is unthinkable and ridiculous that anyone would say he crawled underneath."

The risks of cannabis use certainly shouldn't involve any of the above, including being run over by a bulldozer for the crime of growing 10 plants. Those with cannabis programs should work to ensure everyone has the same access, so these become stories for the history books.