This Island Earth celebrates the evolution and completion of "Wounded Tropic: Volume 1" 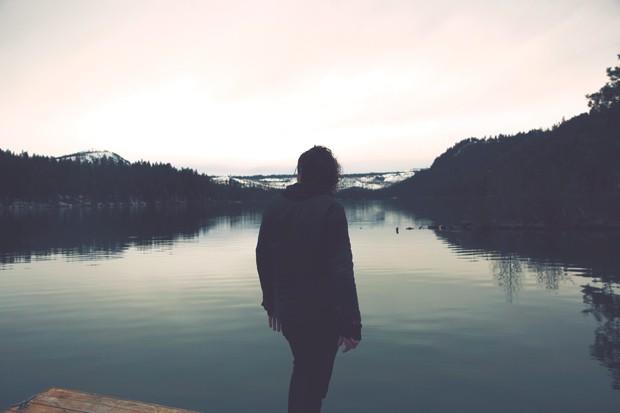 When we last caught up with Elijah Goodall, the brains and muscle behind local experimental electro pop act This Island Earth, he told us about "Wounded Tropic," his three-album concept project about an island and its inhabitants that survive a brutal tropical storm. Over the 14 months since we last spoke, Goodall has been hard at work on "Wounded Tropic: Volume 1." An idea that started out theoretical took on a more personal response from Goodall and morphed the intent of the project.

"It was just a metaphor and the only attachment I could find in my whole life in this big narrative of hope and death and suffering was the idea of deconstruction," Goodall says. "If humans were going to experience these feelings, whether it's a disturbance or death or whatever it is, I'm going to do the work to figure out why I do these things, which is basically remaking who you are. Deconstruction versus destruction. The albums, the course of the three albums, are still about that, but also how to build something new from the roots. Having a kid made it real in that you have all of these hopes for their future and you also have all these fears."

Over time, Goodall describes the island as becoming more matriarchal. The natives living there evolved into a couple having a conversation about what they could keep and what they could lose. Goodall spends most of his time with his son as a stay-at-home dad. He acknowledges that it hasn't necessarily made him more nurturing, but his feminine qualities tend to come out.

"The ocean kind of ended up being this force that was more wise or at least it saw the long game. It tends to be the thing that understands that there is suffering and there's nothing you can do about it. Because we all came from the ocean, it ends up being this call back. It represents, on the album, a womb and a voice of wisdom—here's where you came from and here's what's happened."

Goodall describes the storm as evolving to embody the things he actually feared.

"From the moment you walk in the door, you'll feel the vibe of the album." —Elijah Goodall tweet this

"The crazy thing about singing for this perspective, I'm embodying these things that I fear will happen to my child," Goodall says. "I think we make the realization, too, a lot of times as parents, as much as we care about our kids, we do things that fuck them up. Embodying that voice is: I love you so much, but sometimes, of these things we struggle with, the fears, probably will be because of me. Everything really zeroed in on having a child and also the future."

Before wrapping up production of Volume 1, Goodall traveled to Tanzania with a global music collective to sample sounds for the album. He ended up subbing out three or four sound bites, mostly bird noises that couldn't be replicated here.

"The experience in itself was pretty nuts. I think more than anything when I got back I had a lot more focus and a lot more purpose for why I'm doing what I'm doing," Goodall says.

Goodall is planning a big party with art installations for the eventual release of all three albums. He plans to track the second album this fall and imagines one volume coming out each year. In celebration of finishing "Wounded Tropic: Volume 1," Goodall will perform the album at his studio, with Oakland-based experimental pop band Foxtails Brigade opening.

"There's going to be a lot of art up from the album because I have a lot of art for it," Goodall says. "From the moment you walk in the door, you'll feel the vibe of the album."

Goodall won't be releasing CDs or streaming the album in its entirety just yet. He plans on shopping it around for distribution and has a few labels in mind. If they don't bite, he may release it himself at the end of October. If they do, it might not see the light of day until early next year.