Deep Sea Diver is Ready to Hit The Road

Frontwoman Jessica Dobson talks about craving the stage, "Impossible Weight" and reflects on her career in music

On her 11th birthday, Jessica Dobson's aunt gifted her with an electric guitar. Her life from there was split into a new chapter. Now? She's one of the most exciting guitar players to watch today—along with being an absolutely brilliant vocalist.

"It's like there was a time before I played guitar and then a time after. And the after part... it was just with me at all times. I practiced all the time, and would make my parents mad because I wouldn't shut up. All hours into the night. They weren't really mad, but they were just like, 'go to bed!'" 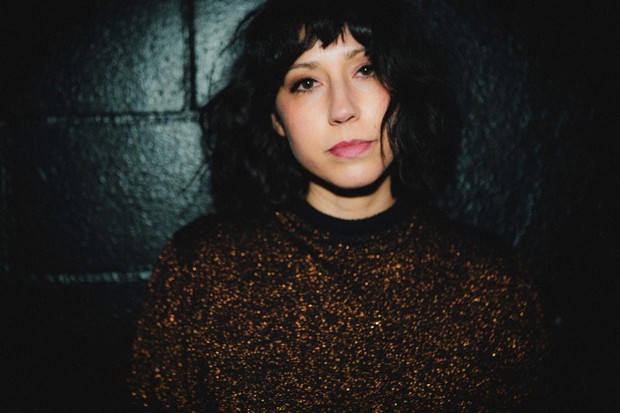 As Dobson continues to tell me from Seattle, while holed up in a coffee shop bathroom for privacy and a connection to an available phone charger, the Deep Sea Diver frontwoman went on to keep playing guitar in bands throughout her teenage years, even doing the "Elliott Smith thing" in coffee shops. She'd then go on to sign with Atlantic Records at the early age of 19, which is a giant step into a new world for a teenager.

"I think you know what you know at that age. And it's not much. I went into it pretty green and hoping for the best. But being a little crushed by the machine and coming out a smarter and wiser person," recalls Dobson.

While starting on a major label that young was a bumpy start individually, her early beginnings in music were also able to yield opportunities to tour and play with some of the biggest names in the game—like Beck and The Shins (who she performed with at the Les Schwab Amphitheater in 2012). Dobson describes these moments in her career as "humbling," as she tried to soak in as much knowledge as she could while around such talented musicians.

Since leaving The Shins in 2013, Dobson has been 100% focused on her band Deep Sea Diver, which she started shortly after she left Atlantic, releasing its first EP in 2009 and its debut album in 2012. The band currently consists of Dobson, her husband Peter Mansen on drums, Garrett Gue on bass and Elliot Jackson on guitar/synth. The band is now three albums in, with its latest, "Impossible Weight," releasing this past October.

"Impossible Weight" feels as raw as albums come, with Dobson diving headfirst into the burdens that many of us carry—leading to her delivering some of the best and most vulnerable songwriting of her career as she pushed through the walls in her own life. Dobson reflects on learning to take her emotions more seriously while realizing that leaning on others at times isn't necessarily a burden, and that the act of letting others in can be a positive experience for your mental health.

"I think for most people, including myself, when experiencing a hardship you don't want to burden other people with that hardship because you know everyone is going through their own stuff. It's easy to get into a mindset of burying things down or trying to carry things on your own. When in reality, it is so much more healthy to be vulnerable with other people and to let people in," says Dobson. "Not everyone's going to get it and you can really tell who your true friends are when you extend that vulnerability. I've learned now that people are a lot more kind and giving of their time than I could imagine."

Due to the pandemic, Deep Sea Diver was never able to properly tour the release of "Impossible Weight," but this fall they'll finally be back on the road doing what they love, and will be stopping in Bend with Death Cab For Cutie on Sept. 6.

"I've been listening to Death Cab since I was a teenager and it's always an honor to tour with people you love. I've become friends with people in the band over the years just being in the same music community in the Northwest. Obviously things are interesting right now as we're all getting ready to go on tour with safety protocols, and we just want to get out there and play some sick shows. It's gonna be a lot of fun," she says. "Performing is such a deep, intrinsic part of my personality and making, creating, and playing music with others is so giving. Not doing that for a year and a half, it's going to be incredible."