Before early microbreweries extolled the virtues of Cascade hops and two-row barley malt, there was a time when most people hadn't the haziest idea what beer actually is. People knew beer came in a bottle or a can, their dads reached for one after a hard day at work and that beer is what you chugged in college—but most people didn't think about it beyond that.

Early "microbrewers" fought an uphill battle educating customers about the process and ingredients of traditional beer styles. Thanks to 40-plus years of the craft beer revolution, Central Oregonians now wax poetically about favored hop varieties and the fermentation characteristics of Norwegian farmhouse yeasts. However, as the popularity and visibility of "craft" beer has grown, the definition of beer has shifted and the lines between beer and not-beer have become increasingly blurred. 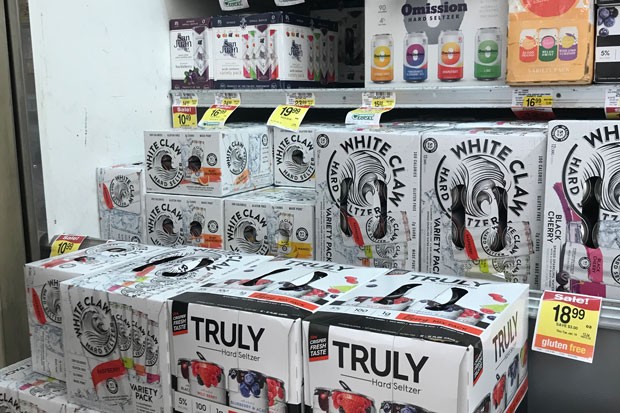 Some brewers go back to 1516 and the German Purity Law, or Rheinheitsgebot, as the gold standard for defining beer. The Rheinheitsgebot codified that beer must only contain water, hops and barley (yeast was later added to the law once its role was discovered). This hard-and- fast definition of beer is one extreme end of the spectrum, while Belgian tradition with the liberal use of herbs, spices and fruits provides a natural counterpoint. American craft brewing grew out of a desire to revive classic beer styles from around the world, and in the intervening decades morphed into a bigger is better approach that has culminated in the current wave of non-beer beers.

Kettle-soured beers, such as Bend Brewing Company's Ching Ching, have gained popularity in recent years, but some American brewers have taken the bigger-is-better approach, adding so much fruit puree that the resulting liquid pours like a smoothie and leaves a layer of fruit pectin in the glass. Recently 450 North Brewing in Indiana was exposed for adding so much fruit puree to their "slushie" beers that it diluted the alcohol content from 8% to 2.3%! Though adding fruit to beer has a long tradition, it's always been to enhance the characteristics of the beer and achieve a balance. If your beer tastes like a fruit smoothie, it's not beer.

In 2019 we saw the popularity of hard seltzers, notably White Claw, explode. Hard seltzers exist thanks to a loophole in tax law that treats them as beer, though they couldn't be further from beer. Most seltzers are cheap sugars, fermented to nothing, with artificial flavoring and carbonation added. Despite inferring they are a "healthy" alternative to beer, the reality is that hard seltzers are nothing but an alcohol delivery device—no matter how hard the manufacturer claims it is "handcrafted."

The continued evolution of the beer industry—from small breweries brewing traditional styles, to nationally distributed beverage companies struggling to maintain market share, to upstart breweries trying to stand out on Instagram—has resulted in the shifting definition of beer. The reality is that the further breweries get from beer-flavored beer, the closer they get to losing the very identity that made them special.