The rain promises mushrooms, but can you find them?

Have you heard the morel buzz lately? Maybe you've seen photos of a fresh bounty in a fabric-lined basket posted on Facebook by a happy friend? It brings out FOMO (fear of missing out) in some of us—especially me. That's how my adventures in mushroom hunting began.

The first time I looked for mushrooms was in the fall a few years back, when my partner and I decided we'd look for chanterelles. We did some research and brought along a handy, popular, hip pocket guide: "All That The Rain Promises and More..." by David Arora. The dude on the cover looks completely blissed out on psychedelic mushrooms. Groovy! 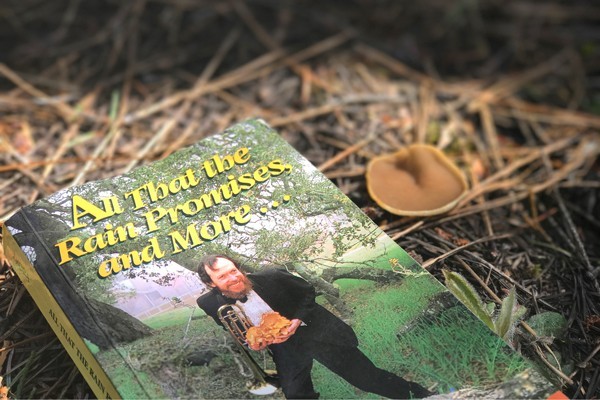 Finding mushrooms was quick and easy; but unfortunately, they were the LBM (little brown mushrooms) variety. They weren't edible, but their discovery gave me hope. I felt I had "the eye." We spent hours searching and found nothing edible. This experience happened quite a few times. On a few occasions we forgot our mushroom guidebook and it made things worse. I swear that day we really found chanterelles but without any references we weren't willing to take any risks, you know, because of poisoning and the possibility of death.

Eventually, on the coast we discovered edible white mushrooms, boletes. Finally! We put them in a bag and hiked back to our car. We drove back to Bend, but when we opened our mushroom bag it was filled with maggots. It would be a while before we looked for fungi again.

The following year we let go of the maggot incident. Who am I kidding? That image is forever seared into my brain, but I was willing to soldier on. This time was after a big rain so the forest was filled with all kinds of mushrooms busting through the forest floor, emerging on decomposing logs. Lots of mushrooms looked like chanterelles. We referenced our guidebook and the mushrooms met all the criteria, so we thought we hit the jackpot. This time I snapped a photo and sent it to my mushroom-hunting friend because I wanted assurance. She immediately texted and said, "Those are not chanterelles!"

It would help if fellow mushroom hunters would take baby foragers under their wing, but they are secretive and possessive of their hunting grounds. I guess I get it; if I ever find chanterelles I might just keep that shit to myself, too!

This year we started foraging in the spring after seeing morel pics on Facebook. We got a lucky break because one friend mentioned where she hiked. At least now we knew we were headed to the right place. We decided to make several stops in case our first location was fruitless, which it was. We were in an area with older burned pine trees over lots of different elevations. At each spot we inspected every log, burned or not. We started feeling "demorelized." I asked my partner what he thought our probability of finding morels was? He said, "0 percent." I responded and said, "I think we have a 10 percent chance." I just wanted to find one, just one—was that asking too much? I wanted a single mushroom to sauté in some salted Irish butter and enjoy it.

I kept my head craned down, staring at the underbrush, examining more logs. I noticed a brown orb that looked different than a pinecone. I squatted down to inspect. I screamed, "I found one!" while I busted into a celebratory dance that can only be described as Elaine from Seinfeld with more fluid hip movement. We savored the discovery and took photos of the spot to remember what a morel location looked like. In less than two minutes my partner found another one. We felt the spell was broken and our eyes could see the morel beauties of the forest. We took home our first bag of edible mushrooms.

If I haven't swayed you from mushroom hunting, I have a few tips for you. Be sure to pick up a mushroom permit. It's free, covers five national forests and authorizes the collection of two gallons of mushrooms per day for 10 days per calendar year. If you want more guidance, the Central Oregon Mushroom Club has a meeting May 25 for folks new to mushroom identification, collecting, cooking and preservation. You'll also learn about forest ethics and safety.