Cannabis industry wouldn't exist without "The Father of Medical Marijuana" 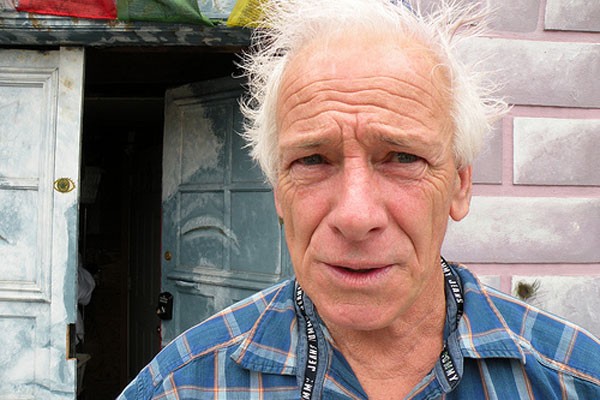 With the explosion of states legalizing cannabis for both medical and adult rec use, a barrage of new cannabis-infused products—from diamond dabs to dog treats—and a growing acceptance that those who use cannabis maybe aren't destroying the moral fabric of 'Murica, it's easy to forget that not so long ago, it was very, very different.

It's also easy to forget those who laid the groundwork for what we enjoy today. And while it's just really super that there are lots and lots of pretty young things with endless IG feeds of themselves smoking joints while seeking to appear fetching, that vapidity is just so much noise when you consider the work done by those who came before. And so today, we look at a man who did more to help our cause than all the social media cannabis influencers—or whatever you call people with a narcissistic personality disorder, a laundry list of hashtags and an inability to hold down a real job.

Dennis Peron passed away on Jan. 27 in San Francisco, at age 72. Simply put, we wouldn't have a cannabis industry without his decades of selfless work, which earned him the title of "The Father of Medical Marijuana."

Peron was drafted into the Air Force in 1966 and served in Vietnam, where he first came across cannabis. It agreed with him so much that he smuggled two pounds home to the States when he was discharged.

Before he shipped out he made a stopover in San Francisco and dropped some acid, later saying he felt so accepted by the hippies there that he decided San Francisco was where he would live when he came back to the States. "I decided I would become a hippie faggot," he laughingly told an interviewer years later.

He settled into the Castro District, opened a B&B (with weed growing upstairs) and began work as a political and gay rights activist, supporting and helping to elect San Francisco's first openly gay candidate, Harvey Milk, to the Board of Supervisors in 1977. He also sold weed—lots of it—which got him arrested numerous times, culminating in a 200-pound bust that landed him in jail for six months. He was in jail in 1978 when he heard the news that Milk and Mayor Moscone had been assassinated.

Peron's longtime partner, Jonathan West, contracted HIV and died from AIDS-related complications in 1990—a time when science didn't have much to offer those afflicted, and gay men were dying at a horrific rate.

In 1996, Peron told the Los Angeles Times, "In my pain, I decided to leave Jonathan a legacy of love. I made it my moral pursuit to let everyone know about Jonathan's life, his death, and his use of marijuana and how it gave him dignity in his final days." (Sniff...stupid dusty room.)

He drafted Proposition P, a ballot measure to legalize the use of medical cannabis within San Francisco. He gathered enough signatures to get it onto the ballot, and in November 1991, it passed with 80 percent approval.

Next, he partnered with Dale Gieringer of the California chapter of National Organization for the Reform of Marijuana Laws—which you might know as NORML—and wrote the first draft of Prop 215, which legalized medical cannabis use for all of California. It passed in 1996 with 56 percent of the vote. It was the country's first medical cannabis initiative, and makes California's MMJ program the oldest in the country.

Peron was a thoughtful individual who didn't always see eye to eye with the current generation of cannabis activists. He spoke out against Measure 64, the California cannabis initiative for statewide recreational legalization. (It passed with 57 percent voter approval.)

"Prop 64 is a misrepresentation of what marijuana is primarily for," he said. "This kind of legislation will hurt a lot of people, especially small growers and businesses who are trying to provide to their clients but can't afford to because of the excess regulations and taxation on their products." (Sound familiar, OMMP advocates? Anyone? Bueller?)

So raise your bong/joint/pipe/vape/edible to Mr. Peron. Thank you, sir. #realcannahero