Let's get this out of the way early: I don't advocate marijuana use by anyone under the age of 21, and I've never met a marijuana user who does.

Chronic marijuana use, so to speak, by children and teens has been associated with greater high-school dropout rates, more dependency on government assistance and lower employment rates. There's debate about whether these outcomes are directly related to marijuana, as opposed to merely being reflective of other conditions at home for kids with easy access to weed. All the same, smoking dope probably doesn't help a kid with math homework. 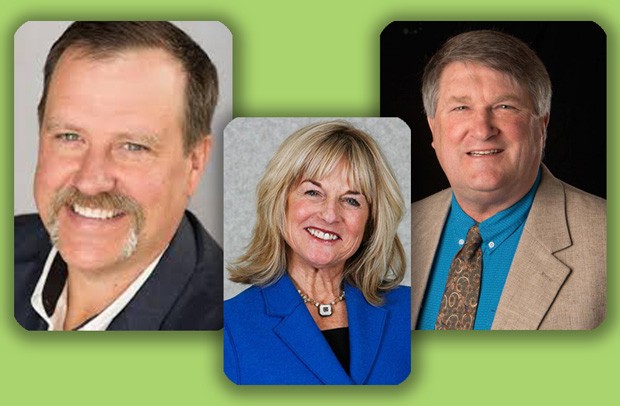 That's why the Oregon Liquor Control Commission implemented a large body of regulations aimed at, above all, keeping marijuana away from kids. "No Minors" signs are ubiquitous at every regulated marijuana business in Oregon. Retail dispensaries must ID everyone, and OLCC conducts sting operations regularly. "Childproof" packaging can only be deemed such after very expensive studies. Businesses cannot advertise in a way that's attractive to minors. Finally, all marijuana businesses in the state must locate at least 1,000 feet away from public or private schools.

Local rules, however, can be even more stringent, with various counties throughout Oregon requiring that marijuana businesses be established at least 1,000 feet away from schools, churches, licensed day care centers, and—in the case of Deschutes County—"youth activity centers."

It's the YAC loophole that has been weaponized by two-thirds of the Deschutes County Board of Commissioners to serve as a de facto ban on marijuana businesses, ever since Patti Adair was sworn in as commissioner last January. A YAC is not defined in the Deschutes County Code, and as recently as December 2018, when Tammy Baney was still a county commissioner, the Board adopted a relatively narrow view of the definition of a YAC. An adjacent property with 4H activities, for example, did not qualify.

In multiple cases in 2019, however, the shift over the definition of a YAC has been pronounced. Most recently, the Board denied an application for a marijuana producer next door to Sundance Meadows (Deschutes County has opted out of new marijuana businesses, but must continue to process and evaluate applications submitted before the effective opt-out date in mid-August).

Per Sundance Meadows' website, it's a for-profit business located 8 miles east of Bend that offers "deed" sales of its land for recreation. A swimming pool, horseback riding area, makeshift mini-golf course, ATV trails and wildlife are among the features advertised.

We can say for sure what Sundance Meadows is not: A licensed daycare, parochial school, private school or public school with compulsory attendance under Oregon law. It's not a YMCA, Boys & Girls Club, or even a summer camp for kids. In other words, in the eyes of the OLCC (and every other county in the state) it may as well be a vacant lot when it comes to relevance for separation distances from marijuana farms.

Yet according to County Commissioners Phil Henderson and Adair, it's a Youth Activity Center. Henderson noted that "a swimming pool is the clearest definition of an activity center for youth as anything." (Read: If you're a landowner who wants to thwart potential marijuana-farm neighbors, just throw an above-ground pool on your lawn.)

Adair weighed in with the following: "They've got their little golf thing. Their fishing pond. We know that, um, it has children outside all summer long having a good time."

Henderson seemed to allude to the idea that a YAC could be a roving boundary-pusher, to bolster his argument that if only some portion of a property is geared toward children having fun, then the entire property is a YAC: "I think there's lots of youth activities going on within 1,000 feet of this grow. They probably come in and out of the boundary."

In other words, Henderson is concerned about the safety of children swimming within 1,000 feet of marijuana plants being grown inside a locked structure that's under constant surveillance.

County commissioners, to their credit, are cognizant of a likely appeal to the Oregon Land Use Board of Appeals following this, and other decisions like it. Yet there is a dearth of guidance from LUBA regarding whether the definition of something like a "Youth Activity Center" would be subject to a remand back to the county. The nature of "day care centers" is that they typically aren't located miles from civilization on land meant for farming. But if you're looking for a "youth activity center"? Well, just ask Henderson or Adair; those are everywhere.