Deschutes County to Move Out of Extreme Risk

10 counties move to a lower-risk category from Extreme; Crook and Jefferson counties remain in Extreme risk

February 09, 2021
comment
Ten of Oregon's counties—including Deschutes County and those in the Portland metro area—will move into a lower-risk COVID risk category starting Feb. 12, Gov. Kate Brown announced Tuesday. Deschutes County will move to High Risk, which allows restaurants to open at 25% capacity indoors, among other relaxed restrictions. Under Extreme Risk, only outdoor dining was allowed, along with other restrictions on indoor business activity.
Counties moving from Extreme to High risk include Clackamas, Clatsop, Columbia, Deschutes, Hood River, Klamath, Linn, Multnomah and Washington counties, with Morrow County moving from Extreme to Moderate Risk. tweet this

The state's public health framework puts counties in one of four categories, based on case counts and test-positivity rates, including Extreme Risk, High Risk, Moderate Risk and Lower Risk. Starting Feb. 12, 14 counties will remain in Extreme Risk, which prohibits indoor dining and places other tight restrictions on businesses and activities. Eleven counties will be at High Risk starting Feb. 12, with three at Moderate Risk and eight at Lower Risk. 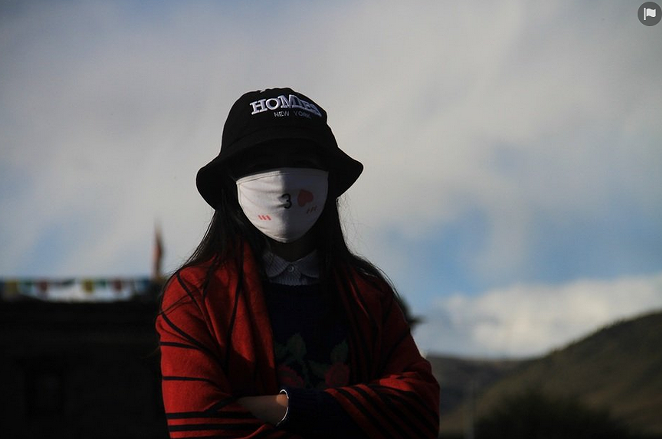 
“Thanks to Oregonians who have stepped up and made smart choices, we have made incredible progress in stopping the spread of COVID-19 and saving lives in Oregon," Brown said in a release Tuesday. "This week we will see 10 counties move out of Extreme Risk, including the Portland tri-county area, for the first time since November. This is welcome news, as we'll start to see more businesses open up and Oregonians being able to get out a bit more.

"It’s also incredibly important that we continue to remain vigilant and protect our neighbors and loved ones as we face virulent new strains of COVID-19. This means continuing to wear masks, keep our physical distance, and avoid indoor gatherings. If we want to keep businesses open, reopen schools for in-person instruction, and stay safe, we must keep up our guard. Until vaccines are more widely available, case counts could go back up if we don't keep following safety measures."

Following Tuesday's announcement, the Oregon Restaurant & Lodging Association, which has been a critic of Brown's strict closure restrictions, released a statement.


“Today’s announcement represents a significant step in the right direction,” said Jason Brandt, President & CEO of ORLA. “It’s our job to make sure the Governor’s Office and Oregon’s Legislators understand what we think will happen next because of today’s news. Top on the list are the challenges facing small businesses attempting to manage two weeks of operational certainty at a time which includes finding workers who are trying to pay monthly bills. And we must acknowledge the 14 counties with restaurant operations still trying to survive in the winter with no indoor dining.”

According to ORLA, opening and closing restaurant operations has been identified as the biggest challenge facing the industry. The biggest headaches, ORLA stated, have centered around scheduling workers and determining how much food each restaurant would need in the midst of changing guidelines.

As of Feb. 8, over 766,000 older adults became eligible for the COVID-19 vaccine of a four-week period, starting with those 80 and over. Deschutes County was initially ahead of the state’s timeline, allowing those 75 and over to start getting vaccinations in late January—but as of now, those over 80 are again being prioritized. The Oregon Health Authority allocated 1,200 more first-dose vaccines for Deschutes County for the week, beginning February 8, with those over 80 getting scheduled.

“This week, first-dose vaccine appointments will be scheduled through primary care clinics that received allotments of first dose vaccine,” Deschutes County officials announced February 9. “Primary care clinics receiving vaccine will contact patients to schedule appointments. Some St. Charles patients and community members who are receiving second doses of the vaccine will be scheduled to receive their dose at the Deschutes County Fair & Expo Center.

“Pending availability, people age 80 and older who have completed the Central Oregon Vaccination Interest Form at vaccine.deschutes.org may be contacted to schedule an appointment. Those in Phase 1a and Phase 1b, Group 1 who have not yet received a first dose may also be scheduled at the Deschutes County Fair & Expo Center.”

This story may be updated.