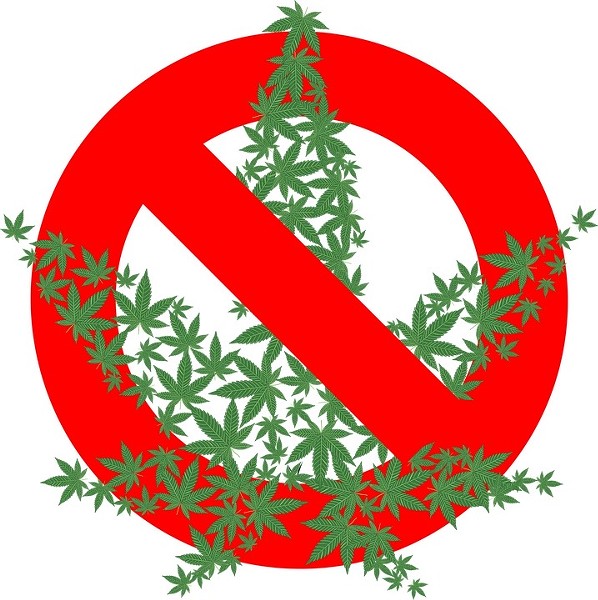 The "Blue Wave" that swept dozens of Democrats into the U.S. House didn't mean much to those of us residing in what is still decidedly Trump Country. Reefer Madness now dominates the Deschutes County Commission in the forms of incumbent Phil Henderson and Commissioner-elect Patti Adair, who defeated Democrat James Cook by a thin margin despite receiving scant support from the usual Republican backers. Incumbent Tony DeBone is also keeping his seat, meaning not a single, truly progressive voice on marijuana policy in the county will discourage the Board from waging what amounts to an outright fear campaign against marijuana entrepreneurs.

Not only will the tightening of regulatory burdens on the cannabis industry affect cannabis entrepreneurs, but it may open up the county to lawsuits. The state's Land Use Board of Appeals defines "reasonable regulations," which may exclude what Deschutes County has proposed in its "emergency" rulemaking last month. Among other rules, growers, processors and retailers are now prohibited from the Multi-Use Agriculture (MUA-10) zones, property-line setbacks have been increased by 50 percent, and the off-site dwelling setbacks were bumped up by one-third. Stephanie Marshall, a Bend-based land use attorney, wrote Oct. 26 on the Clifton Cannabis Law blog: "The code revisions are punitive and unduly onerous, which will result in the very effect the County is hoping to avoid – proliferation of unlicensed operations. Licensees have been shown to be responsibly operating within the confines of state and local law. The mere disapproval by some constituents of marijuana in general, without more, is not a reasonable basis to increase the burdens and costs of compliance and minimize the available lands for production."

The commission shake-up means applicants who appear before the Board to obtain permit approval for everything from new marijuana farms to enhancements of existing processing facilities will likely face unreasonable interpretations of the already-unreasonable rules. Odor-control devices, for example, can't ever seem to please the Board. Even when mechanical engineers testify that the skunk stank can't reach the neighbors, an applicant can still count on at least one "no" vote from Henderson, who seems to fancy himself an odor-control scientist. You can expect more pseudo-science from Adair, who claimed in a debate that the 1980 Mount St. Helens' eruption resulted in years of "nicer" weather in Seattle (nevermind the ash plume blew east, not west) and that "Greenland used to be green," therefore, presumably, the melting of the Greenland ice shelf shouldn't be a huge deal. In 2016, Adair testified before the Board—at that time considering whether to opt back in to adult-use marijuana—that she "likes the smell of alfalfa, not pot." If only she were simple entertainment.

Meanwhile, in Sisters, voters overwhelmingly approved an additional tax on recreational marijuana sold in the city. The only problem? They voted down a measure that would've allowed any sale of cannabis within city limits. Can anyone remember another time when Republican voters were so anti-business and pro-tax in one election?

Still, more Democrats in Congress bodes well for the future of a nationwide end to prohibition, but there were some specific victories that were particularly encouraging. Michigan became the 10th state to legalize adult-use marijuana, and Missouri and Utah legalized medical cannabis. Twenty-five percent of Americans now live in a state where recreational marijuana is legal, and 33 states have legalized medical marijuana. Meanwhile, Rep. Pete Sessions (R-TX), a rabid prohibitionist and Chairman of the House Rules Committee who blocked House members from voting for bipartisan marijuana reform, lost his seat to a former Tennessee Titans linebacker. Thanks to Sessions, bipartisan bills, such as banking reform for cannabis companies, and facilitation of medical cannabis for veterans, never saw a vote.

Pete wasn't the only Sessions to lose a job. Jeff Sessions, virulently anti-pot, submitted his not-so-voluntary resignation as Attorney General and will be temporarily replaced by Matt Whitaker. But there's not a lot here for anti-prohibitionists to applaud. The potential AG candidates publicly bandied about include Pam Bondi, the current Florida attorney general, and Chris Christie, the former New Jersey governor. Bondi is most likely to bend to the tidal wave of public opinion in favor of legal cannabis. (Christie has referred to cannabis taxes as "blood money.") But Sessions certainly wasn't forced out over his marijuana views, so don't be too excited about his replacement.

Just before resigning, Sessions appointed Billy Williams, the U.S. Attorney for the District of Oregon, the chair of the Attorney General's marijuana working group. Williams is far from an apologist for Oregon's marijuana laws, and has criticized the state over black market trafficking. What impact could this have? Look for the OLCC (a frequent target of Williams' critiques) to hit violations harder, and don't hold your breath on a quick resumption of new licenses, since they halted the processing of applications June 15.