"French Exit" Slips Away When You Least Expect It

It's always fun in cinema and television to watch obscenely rich and out-of-touch people lose all of their money and then have to live like us normals. It's a huge reason why shows like "Arrested Development" and "Schitt's Creek" were so popular from the jump. But the reasons why shows like that had staying power and ended up becoming more popular the longer they ran was because the writers made the mega-wealthy jerks the shows were focused on into three-dimensional human beings. We wouldn't care about the adventures of the Bluth family if the only purpose of the series was to watch them suffer so we could laugh at the schadenfreude. We have to see them grow.

The makers of "French Exit" know its characters need to have hidden depths that we get to explore across the film's running time or else there's nothing for an audience to hold onto. On the surface, we have a story that sounds similar to dozens like it: Frances Price is a widowed woman running out of money after the death of her extremely wealthy husband, so she takes her son Malcolm to Paris in order to stay in the house of her best friend as she spends the rest of her money and decides what to do for the next chapter of her life. 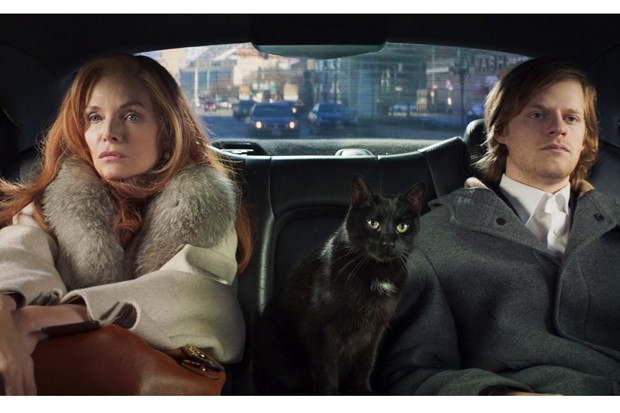 Frances is cold and weird and withdrawn, but Michelle Pfeiffer imbues her with such inner life that even at her worst, she's still relatable and demands our empathy. She's not just some rich and vapid trophy wife pining for better days, but instead is a subtle and tragic anti-hero who dares you to despise her. Lucas Hedges (who was absolutely astounding in "Manchester by the Sea" and "Honey Boy") could have easily instilled Malcolm with that same chilly remoteness that Jesse Eisenberg brings to most of his work, but instead makes the young man an achingly relatable loner discovering what it's like to have family.

Based on the novel by Portland-based Patrick deWitt, "French Exit" feels like a perfect distillation of the themes of Wes Anderson and the wit of Whit Stillman, but infused with razor-sharp pitch-black humor bolstered by equal amounts of pathos and irony. The story becomes so unpredictable that it can draw a gasp of shock just as easily as a deep belly laugh, and deWitt's script combined with Azazel Jacobs' nimble direction keeps the two-hour running time feeling breezy.

There's a scene toward the beginning of the film where Malcolm discovers his mother in the middle of the night, in the kitchen with the lights off, sharpening a knife. In any other movie it would play as creepy or at least slightly baffling, but we know that Frances loves the sound the knife makes across the sharpening block, so just this tiny moment of seeing this brave yet terrified woman searching for feeling she takes pleasure in is heartbreakingly beautiful. "French Exit" is filled with quietly gorgeous moments like this that continually add up to a deeply moving whole.

I make it sound like the movie is somehow devastatingly sad, but the reality is that almost every scene in the movie bounces between comedy and drama so effortlessly as to almost defy genre. It's a beautiful movie that I haven't stopped thinking about since the lights came up. "French Exit" is small and complicated and messy, like most lives are, that doesn't leave us with the resolution we might want. Just like a French Exit in life, the film is gone just as we really start noticing.