Considering that the harsh Central Oregon winter of 2016 birthed Duda's Aussie meat pies, it's not surprising that the COVID-19 pandemic became an opportunity for the local pie-makers to get even more creative with their humble handmade comfort foods.

"I think people appreciate those businesses that didn't just throw their hands up in the air and say, 'We can't do it,' but instead said, 'Let's try this and let's try that and let's try to help the community," says Duda's Aussie Meat Pie founder and chief pie-maker Amy Duda. 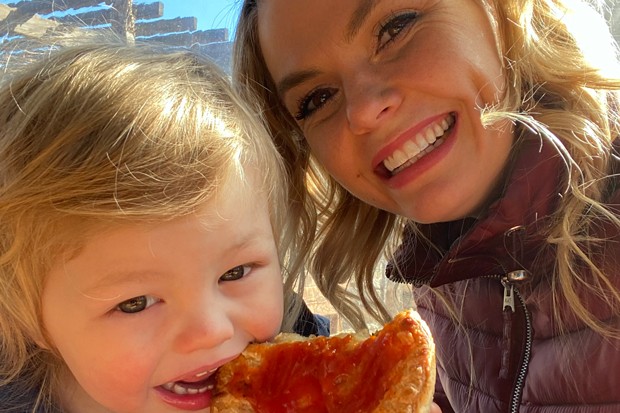 When COVID shut everything down last March, Amy and her husband Josh decided to step away from their partnership in Duda's Billiards Bar, with the blessing of Josh's business partner/father, who agreed to keep the bar going on his own while his son and daughter-in-law focused on their food truck and pie-making business. The couple kept their food truck (formerly Duda's Aussie Pie Truck) at On Tap on Bend's east side but changed the name to Jackaroo Pies. According to Amy, who hails from the small, Australian coastal town of Coffs Harbour, a jackaroo is a young guy who works on a sheep farm in her homeland. Jackaroo is also her young son Jack's nickname.

The birth of Jack in 2018, along with the pandemic striking last year, were the impetuses for the couple to get out of the bar business and focus more intently on the pie-making business. Amy admits that it was very scary in the beginning, especially last spring when everything was shut down. She calls it an "unbelievable blessing" that they were able to keep their truck open the entire time, often focusing on community service. They delivered donated lunches to hospital workers, for example, and started doing porch deliveries so people didn't have to leave their homes to have fresh, hot pies. They also became a fixture at the Northwest Crossing Farmers Market last year, viewing it as an opportunity to penetrate a different area of Bend. Plus, they got their products into local grocery stores (Newport Avenue Market, Market of Choice, Locavore and Food 4 Less).

"COVID forced us to diversify," explains Amy. "It was such a shock and when we didn't have the bar anymore; the little food truck had to completely support our family." 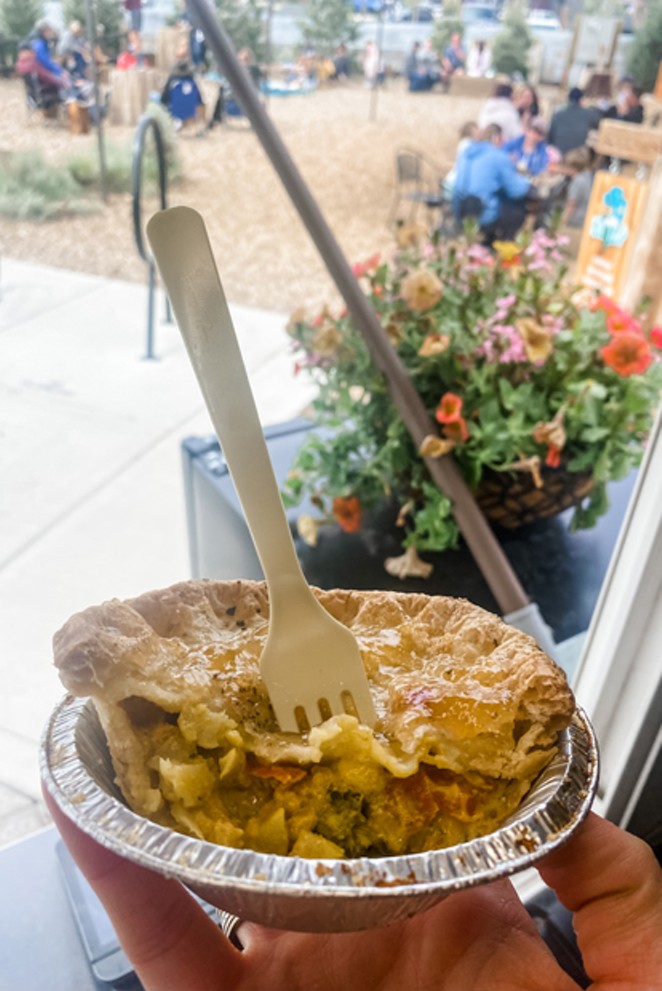 As scary and as stressful as it may have been, Amy says it's been going well. "Bend is such an amazing community in terms of supporting local businesses and supporting small businesses." It's that local support that has Jackaroo Pies anticipating a busy summer; they're back at the NWX market again this year and will be at Munch & Music every Thursday night in Drake Park July 8 through Aug. 12. They hope to get their pies, pasties and rolls into even more grocery stores, but as Amy emphasizes, growing the business has to be done carefully. "We have to be able to keep up with what we're doing now and keep putting out a great product and great service. Plus, I'm expanding, too—we're having another baby, due in October, so I'm hesitant to put too much on my plate."

The Jackaroo Pie origin story really began in the winter of 2016, when the newlywed Amy was homebound awaiting her green card. In search of indoor hobbies and also a bit homesick for Australia, she began making the comfort foods she grew up with, including meat pies— Australia's national dish. That experimentation continued during a three-month cross-country RV trip with her new husband and their four dogs. They searched for "Aussie Pie Shops" in every city they visited and baked their own versions of pies in their small RV oven. Back in Bend, they were on a mission to introduce Central Oregon to Australia's staple.