Travis Ehrenstrom Band gets introspective on the new album, "Something on the Surface" 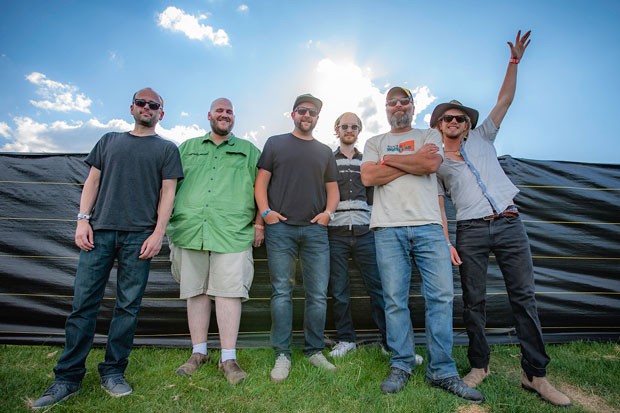 Travis Ehrenstrom has been a part of the Central Oregon music scene since age 14, attending Sisters High School and taking part in the Americana Project. He remembers playing shows with Mark Ransom and Leif James and other Bend music scene strongholds from a young age, and now continues to evolve as an indie folk-rock artist. But the creative process had been pretty non-existent for Ehrenstrom over the past four or five years, he confesses.

"At one point, I had really kind of lost that piece of me," Ehrenstrom says. "So over the course of the last year, I really tried to take some of that back. There's a really good book I read in college called "The Artist's Way," about being a writer. Today, I wake up and the first two hours of my morning are brainstorm writing, which is part of 'The Artist's Way.' It opens up this different part of your brain and it forces you to dig deep."

I first met Ehrenstrom back in 2012 or 2013 when I interviewed him for a position as a web builder at G5. Around that time, he had just released his first album, "Remain a Mystery," which he says he wrote before meeting his now-wife, Courtney.

"I think thematically, on 'Remain a Mystery,' I wrote and recorded those songs right before I met Courtney. There was a lot of pre-relationship angst. This one is more about being more comfortable in who I am as a person and confident in where I'm at. I think in a lot of ways they are really similar, one is pre—and one is post—and I think you could listen to them together easily. I have decided the next album is going to be all narrative songs. I'm tired of writing about myself," Ehrenstrom laughs as we catch up over an iced chai at Spoken Moto.

Ehrenstrom sent over digital files of the new album so I could listen before our interview. Without him saying a word, I picked up on a common theme. As someone approaching the end of their 20s and diving into their 30s with a wife, career and two dogs, Ehrenstrom's new album, "Something on the Surface" definitely has an introspective vibe that questions whether or not you're living the life you're supposed to, or just the one you've fallen into.

"It's really hard in a lot of ways," Ehrenstrom says. "I was well into a career, not playing a ton of music and sort of had this moment of realization. Even if music doesn't do anything for me, it's something that I have to do to be happy. Digging into why that is and what it is about music that is so powerful for me. The theme of the album overall is about questioning the things around me that I've built up and also trying to dig deeper."

"The worst analogy I have for it is, we're like a basketball team. You have to execute the plays and sometimes the play goes sideways and it gets better and sometimes it doesn't." —Travis Ehrenstrom tweet this

"Something on the Surface" definitely has a similar folk-rock sound that came through on "Remain a Mystery," making the two albums bookends in Ehrenstrom's opinion.

"All of us in the band are live music nerds, and so in a lot of ways the album isn't a reflection of what the band does," Ehrenstrom says. "I think I like it that way. In terms of the live show it's collaborative and in the moment. The worst analogy I have for it is, we're like a basketball team. You have to execute the plays and sometimes the play goes sideways and it gets better and sometimes it doesn't."

Ehrenstrom confesses that they want to be a live band, doing opposite of most bands when releasing a new album—lying low in the fall and rehearsing a lot so they collectively get better before hitting the road in the spring.

"We're all sort of becoming adults—or I guess we already are, which makes the actual touring hard," Ehrenstrom says. "We're planning on playing different cities on a more frequent basis, kind of a Pacific Northwest bucket. I think for us, it's just about trying to improve our ability to play together as a band. Hopefully through that, people connect to it."