Cloudy with a chance of "Geostorm." 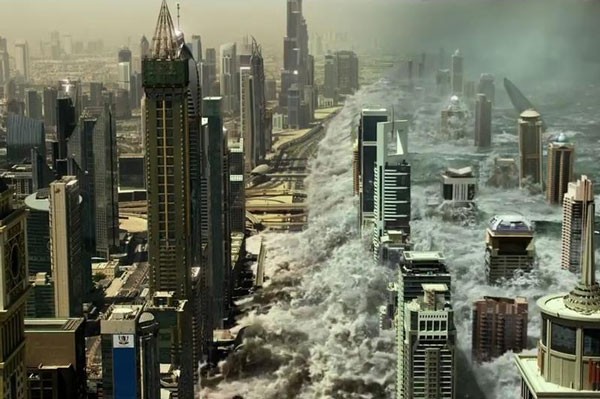 t's not that Gerard Butler is necessarily a bad actor. He's usually fun to watch as he stabs or shoots his way through bad guys while failing to conceal his molasses-thick Scottish brogue. His movies instantly became more interesting when he backed away from the Katherine Heigl-infused romantic dreck he waterboarded his fans with for a few years. Not better, but definitely more interesting.

This is an actor who has played Dracula, a leprechaun, an archaeologist, Beowulf, an Egyptian god, a "Machine Gun Preacher" and the damn Phantom of the Opera without doing anything to differentiate the roles from one another. He doesn't so much disappear into the characters as he throws 30 percent charisma, 30 percent pectorals and 40 percent anything-for-a-paycheck into the camera to see what sticks, hoping the audience will marvel at his excellent outdoor voice instead of paying attention to his staggering lack of range.

When I heard Butler was starring in "Geostorm," a disaster movie about weaponized climate controlling satellites killing millions of people, I was excited for entirely too many reasons:

"Geostorm" is absolutely a big budget sci-fi movie along the lines of "Ice Spiders," "Independence Day-saster" or "Sharknado," but without the knowing wink that they know they're making schlock.

I mean, check out this plot: In the near future, 18 nations get together and commission a system of satellites (named Dutch Boy) that will control the weather on a global scale after some "Extreme Weather" kills millions around the world. Butler plays Jake Lawson, the chief designer of Dutch Boy and eventual attempted world saver.

Dutch Boy starts malfunctioning and Butler heads to space to see what's wrong with the little guy. Meanwhile on Earth, Abbie Cornish steals the whole movie as a badass Secret Service agent trying to prevent a conspiracy to assassinate the president of the United States. Leonidas in space never quite holds the same excitement as Cornish driving an SUV backwards while shooting at bad guys.

The 3D is immersive and made me feel like I was floating in space with Butler, or in the middle of a massive firestorm in Hong Kong. In fact, the 3D is so great that the movie probably won't be half as entertaining without it. Without the 3D you might have to pay attention to what they're saying instead of watching a few hundred thousand pixelated actors get weather murdered in several glorious dimensions.

Whether you'll like this movie depends on what you really want or expect from it. It's nowhere near as entertaining as "Armageddon" or "The Day After Tomorrow," but there's a scrappy, can-do spirit on display that makes Butler and all his shenanigans pretty exciting to behold. There's no universe in which this is a good movie, but it's most certainly a fun one.

Grade: A Child's Drawing of a Dinosaur. Yes, it's that bad.