Discovering a Glacier and What It Means for Local Water | Local News | Bend | The Source Weekly - Bend, Oregon

Discovering a Glacier and What It Means for Local Water

In honor of the Water Issue, a local glacial scientist talks about the recent discovery on South Sister

Late in the summer of 2020, a team of glacier experts, including Anders Carlson and Aaron Hartz, discovered a new glacier on South Sister in the Oregon Cascades. Finding a new glacier in Norway is no big deal, says Carlson, an Oregonian and the president of Oregon Glaciers Institute—but finding one in the Oregon Cascades is noteworthy. To Carlson, it's a sign of how little time we spend investigating our own backyard. 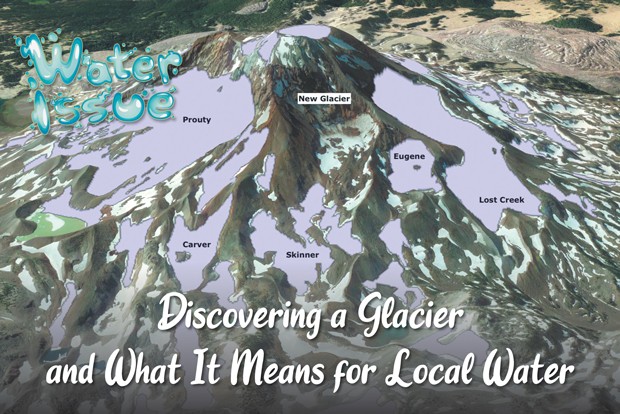 In honor of this week's Water Issue, I chatted with Carlson about the discovery.

Source Weekly: Why has this glacier never been discovered?

Anders Carlson: The last time anybody ever looked at glaciers in Oregon was in the 1950s when they were making the first topographical maps after World War II. What was done in the 1950s has not been updated. The people were not cartographers—they weren't glacial scientists. Plus, its location makes it difficult to find. It's on the north side so it's always in the shade. You have to get the right aspect of your airplane flight to do that, or it will be in the shade. On top of that it's got a lot of rock fall. Its low point is covered by a lot of debris, protecting it and insulating it too. If you don't go in and see it in the field, you won't see it.

That water is snowmelt, but it’s also glacial melt. In these bad years when we have low snowpack, the glaciers are our sole surface water source.—Anders Carlson tweet this

SW: Now that you've found it, what will its name be?

AC: It takes a while to name things—at least a decade. There's the U.S. Board of Geographic Names—you start down the long track record of naming it. The goal is to work with the Confederated Tribes of Grand Ronde to name it.

SW: With the current drought, finding a new glacier must be a pretty big deal for water resources, right?

AC: We found more ice in the high alpine zone that we didn't know about. This is a new body of ice that is feeding into the McKenzie system—that means there's more water up there than we knew about before. Glaciers store it as ice and release it a decade or more later to our streams. In cases of these bad snow years, the glaciers are the last bit of water left up there to feed those streams and keeps those streams flowing. Those streams are cold, and that chilled water allows salmon to spawn, trout to spawn, to irrigate farms. 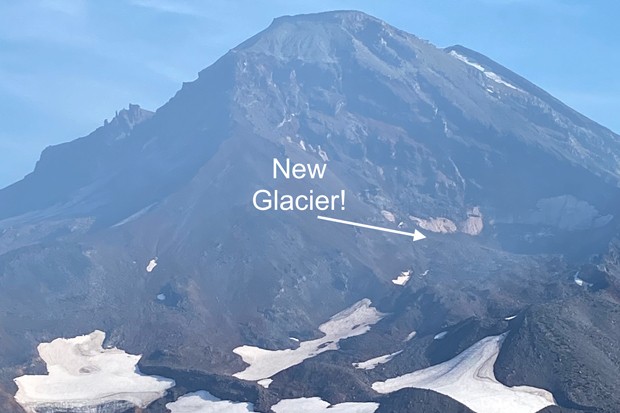 Many people in Bend don't know this, but the Crook Glacier on Broken Top feeds Tumalo Creek, which is where Bend draws its drinking water. That water is snowmelt, but it's also glacial melt. In these bad years when we have low snowpack, the glaciers are our sole surface water source. Finding this glacier means we have this last-resort surface water. If you think like a backpacker, the glaciers are the canned beans of our water source—the last thing you're opening, and they're 10 years old.

Another way of looking at these things—they're not just pretty to look at. This is something we use, too. We should care about them for environmental reasons, but also for our own health, too. Our way of life is tied to these glaciers, which I don't think is fully appreciated.