According to the Oregon Health Authority, an average of five Oregonians lose their lives every week as a result of opioid overdose—though the number of people struggling with addiction is far greater. In many instances, opioid addiction stems from the over-prescription of narcotic medications—many initially prescribed to treat short-term injuries and other temporary conditions. Roughly 21 to 29% of all individuals who are prescribed a narcotic painkiller will end up abusing it, reports the National Institute on Drug Abuse. 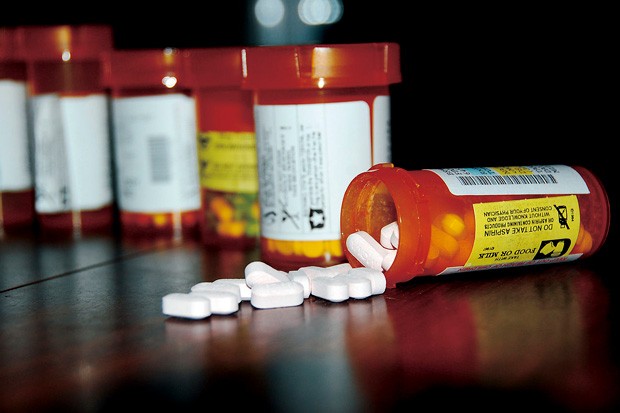 As part of the effort to curb the problem, St. Charles Medical Center will participate in the 18th National Prescription Drug Take Back Day, a countrywide event geared toward the safe disposal of unused medications. The program is organized by the Drug Enforcement Administration, and was initially instituted in order to bring awareness to opioid abuse while preventing potential misuse. During the last take-back event, held on April 27, the DEA collected and destroyed 469 tons of unused prescription medications. Since the national event first began in 2010, over 11,816,393 pounds (5,908 tons) of medication have been safely disposed of.

Combatting the skyrocketing numbers of addicted individuals is a multi-pronged process. A statewide crackdown on distribution, already underway, is part of that effort, officials say. The number of opioids prescribed by doctors decreased by 22% between 2010 and 2015, according to the OHA, and opioid-related deaths decreased by a significant 45% between 2006 and 2016.

While the number of overdose-related deaths has been steadily declining since statewide restrictions were put into place, Gov. Kate Brown declared drug and alcohol abuse a public health emergency in 2018 and directed state officials to prepare a strategic plan to address it—including suggesting an increase in adequate and affordable treatment. Brown's March 2018 executive order directed various agencies to prepare "budgetary recommendations" related to the plan during the creation of the governor's 2021-2023 budget—much to the dismay of addicts and addiction specialists.

Mike Marshall, executive director of Oregon Recovers, weighed in on the situation. "We are profoundly disappointed in Governor Brown's decision to ignore Oregon's worst public health crisis for yet another year," Marshall stated in the release. "Her lack of action will directly result in more Oregonians dying unnecessarily, more kids deposited in our failing foster care system, more young people heading to prison instead of college, and more people losing a safe place to call home."

Nationally, numerous lawsuits allege Big Pharma engaged in deceptive marketing around opioids. An Ohio lawsuit accused four of the nation's largest drug companies of contributing and catalyzing the state's addiction crisis. The $260 million settlement, tentatively agreed upon this week, means that the case will not move forward in court, though there have been roughly 2,600 other lawsuits brought by state and local governments throughout the country. U.S. District Judge Dan Polster continues to advocate for a coast-to-coast settlement; one that would contribute to increased availability of vital resources like addiction treatment, while further urging major pharmaceutical companies to change the way they market opioids.

Because available treatment options remain scarce, events like the take-back event become even an even more crucial part of the effort. Twice a year (once in the summer and once in the fall), over 5,800 sites are set up throughout the country, each offering safe and professional medication disposal.

People can bring unused or expired prescriptions to the St. Charles Bend Campus on Oct. 26 between 10am and 2pm. Most medications will be accepted, including pills, liquids, creams, powders and patches, as well as oncology medications. Pharmacists will also be on site to answer questions and address concerns.