Dozens of rallies and protests in support of Black Lives Matter and other social justice issues have erupted all over Central Oregon over the past three months. In response to both social unrest and an increasing awareness of issues around diversity, equity and inclusion within the City of Bend, a number of public institutions have passed resolutions and initiatives this summer to move the city in a more inclusive direction, recognizing people who live in the city, but who are not part of the dominant identity: white, heterosexual and able bodied. 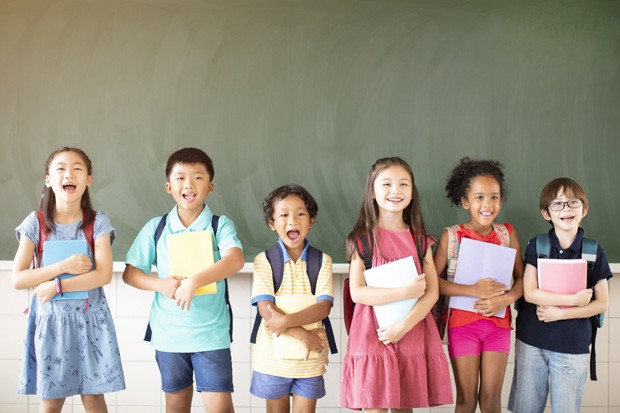 In early July, the Bend-La Pine Schools Board of Directors unanimously agreed to require that the district create policies to fight racism and promote equity within the district. The resolution arose not only as a reaction to public outcry against the killing of George Floyd in May, but as a response to a district-wide survey of families, students and teachers completed in 2019 that demonstrated that some people of color and those who identify as LGBTQ did not feel welcome in local schools.

"The Bend-La Pine Schools Board of Directors stands in solidarity with the Black community, in our schools, district, and nation to condemn this violence and the blatant disrespect by some Americans for Black lives - we see it, we hear it, and we are committed to changing the system," the resolution reads.

The board plans to revise its goals prior to the beginning of school this fall and create new expectations for the BLPS Interim Superintendent Lora Nordquist to advance equity and anti-racism.

Members of Bend's Citizen Transportation Advisory Committee advocated for adding an equity policy and program to the City of Bend's 20-year Transportation System Plan before the final draft was submitted to the state this month.

The policy states that the local transportation system has historically underserved some people in the community, and that their needs deserve more attention in the future. This includes people who can't drive (including children), people with disabilities, those who can't afford a vehicle, people living in economically disadvantaged neighborhoods and those who have been subjected to racism and discrimination.

The TSP aims to create a program that funds data collection to identify people whose transportation needs may have been neglected in the past and prioritizes programs that will improve their access to the system. This could include improving sidewalks, adding bus stops or making sure notices about new developments in the area are translated into Spanish.

Another major concern is the negative environmental impacts of potential transportation improvements for some communities in Bend. Activists point to a historical example of racist transportation policy, which occurred in 1962 when the Oregon State Highway Department built Interstate Highway 5 through the historically Black neighborhood of Albina in Portland.

At the Aug. 19 Bend City Council Meeting, City Councilors moved to create a Human Rights and Equity Commission, which would work to address violations of the Bend Equal Rights Ordinance. The City's Diversity, Equity and Inclusion Task Force recommended having a commission made up of people of color or other marginalized groups that will help hold the City Council accountable to its commitment to DEI.

The DEI Task Force was formed by the consulting group Allyship in Action, which helps local businesses and organizations advance social justice and equity.

Allyship in Action has been working on its report for almost a year. Among its findings: only 30% of Bend city staff are women, and only 5% of staff are Latinx, though Bend's population is 9.1% Latinx.

One of the primary assumptions of the report is stated on page 4:

"Due in part to the pervasive myth that Bend is not diverse, meaningful action around advancing diversity, equity, and inclusion has been slower to take hold in the Central Oregon region than in more urban parts of the state. As a result, marginalized communities continue to be under represented in the City's Council, staff, committees, and access to services."

"At the end of the day, it's not about any one person's goals, but about creating a space for people who have not historically had a seat at the table to have their voices heard and their concerns addressed," Erin Rook of Allyship in Action told the Source.

Bend Park and Recreation District has allocated $20,000 to hire a consultant to lead a program to improve its policies on diversity, equity and inclusion. The district started the program this summer but plans to work on it for a number of years. The first goal for the consultant is to develop more robust data on the demographics of people who come to parks and participate in the district's programs and to use this information to "best serve the community's underrepresented individuals and families," said Julie Brown, communications manager for BPRD.

The program also aims to increase the percentage of people in Bend who participate in programs, and match its scholarship programs to the actual number of people in the community who may be priced out of participation. It is looking to increase outreach efforts to Bend's Latino communities, though BPRD currently employs a Latino outreach specialist who translates the district's website manually. It also wants to increase accessibility to those with disabilities and diversify BPRD's staff.