January 06, 2021
3 comments
Getting a permit or checking city ordinances before making changes or additions to one’s property may feel like unnecessary trouble—but when selling, being in compliance and having permits will prevent major headaches, potential issues and quite possibly the transaction. 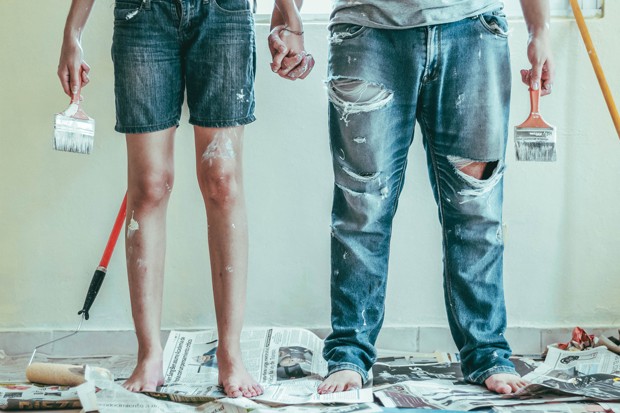 Cities, counties and municipalities all have ordinances and permit requirements for a reason. And no—that reason is not to create headaches for the property owner, to generate income or to be a general pain. Permitting requirements and ordinances exist to ensure that all properties meet minimum safety and structural requirements, and with certain ordinances, health and sanitation standards.

Recently, I had a transaction that involved a city property with a backyard to be envied: huge greenhouse, enormous garden beds and a beautiful custom-made chicken coop. Those hens had it made with an epic coop and amazing chicken run that would leave most urban farmers green with envy. Potential buyers flocked to the property. The problem was the seller hadn’t checked out the city ordinances prior to creating this urban farming oasis. Turns out, this retreat was in violation of the city ordinance. Luckily for the seller, while the buyer was bummed out about not being able to have the urban farmer reality, they didn't back out. On the other hand, the seller did have to make some financial concessions.

In Redmond, one is allowed one chicken for every 500 square feet of lot size, and coops must be 50 feet away from any residence. In Bend, chickens are allowed at a maximum of four hens (no roosters) if the lot is 5,000 square feet or larger.

This could have resulted in a transaction gone sideways and even a failed sale. A quick bit of research to make sure that everything was in compliance would have saved the seller the headache of rehoming the chickens and the coop, as well as some dollars in their pocket.

I've had my fair share of experience with unpermitted structures or additions. That unpermitted 3-foot bump-out in the kitchen and dining room can and more than likely will result in issues, headaches and financial expense. Same goes for the unpermitted, fully plumbed and powered treehouse-style guest house. (Yes, that structure actually existed.) While it was super cool, it ultimately created financial pain for the seller.

Most lenders won’t lend on properties with unpermitted structures. That small unpermitted addition which added 200 more square feet of living space and cost $30,000 cannot be considered in the square footage assessment, nor in value. Furthermore, let’s say that the addition was not only unpermitted, but did not meet code at the time of construction and the roof line is 10 degrees off of what is considered structurally safe. Now, pandora’s box has been opened, because the remedy to get the structure in compliance and permitted could be as much as replacing the entire addition in order to meet building safety code requirements. Thus, it cost the seller the original expense of the addition AND the expense of the remedy, which is likely to be far more than the original build. This is assuming there isn’t a failed sale in the process or the devaluation of the market price as a result of the unpermitted structure.

The lesson here is, it becomes very costly in terms of time, energy and finances when skirting permits and ordinances. Attempting to save money on permits will ultimately cost far more than the cost of permitting at the onset. In addition, checking to ensure that the yard structure so beautifully built, as well as the creatures the structure houses, are allowed within city limits and in compliance will certainly save the stress and dollars down the road.