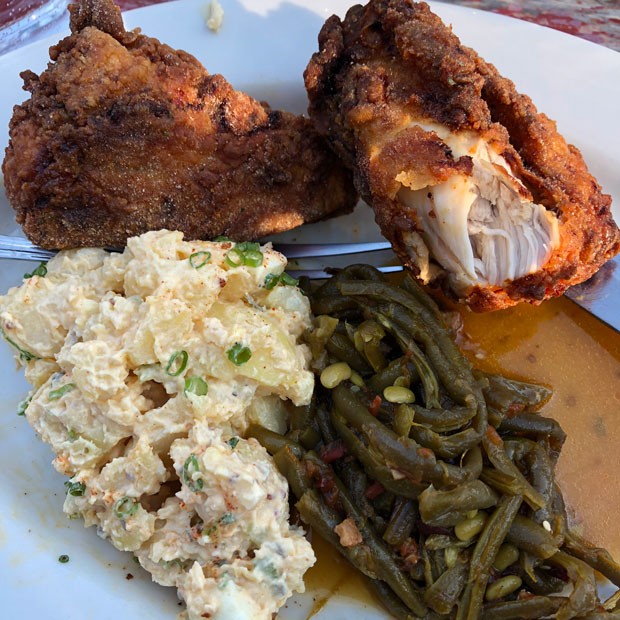 Spend enough time hitting Central Oregon's dining scene, and eventually, you may find yourself needing a little extra spice. Turns out, a need for variety happens to people on the other side of the mountains, too.

"I think a lot of us chefs up in Portland have a tendency to just get stuck in the city," said Maya Lovelace, whose pop-up restaurant, Mae, is notoriously booked solid. Her Southern-inspired dinners are so packed that Lovelace will soon open a brick and mortar. Meantime, she's one of a handful of chefs bringing flavors to Central Oregon as part of the Suttle Lodge's Dock Dinners series, which pairs Willamette Valley wineries with some of the region's most celebrated chefs. Lovelace was named a semifinalist in the James Beard Foundation's Rising Star Chefs of the Year category for 2017 and 2018.

"We just wanted to come out here and get to experience the beauty," Lovelace said of the Lodge, where she brought her famous fried chicken and sides July 8. "It's also just nice to get out of the city and cook for a different crowd of people. You start to see the same people all the time, and we love having regulars... it's definitely nice to see some new, fresh faces and to get to introduce more people to what we do."

With a limited number of foodie haunts in Bend, this is something of a win-win for chef and eater. Lovelace's dinner included creative takes on some otherwise low-brow items. We started with angel biscuits, a take on homemade Cheez-Its, paired with spreads including a ramp pimento cheese spread, cane syrup butter and last year's pickles—so delightful I ate way too many.

The main course included Lovelace's signature three-fat fried chicken—crispy, flavorful and cooked to perfection—with a deviled egg potato salad and fresh tomato braised green beans. Dessert brought a pound cake made with reduced Mountain Dew. Yes, you read that right. And no, I didn't need a midnight snack after this meal. Dessert also came with a powerful hit of yellow chartreuse, selected, along with each course's wine pairing, by Andy Young of St. Reginal Parish. 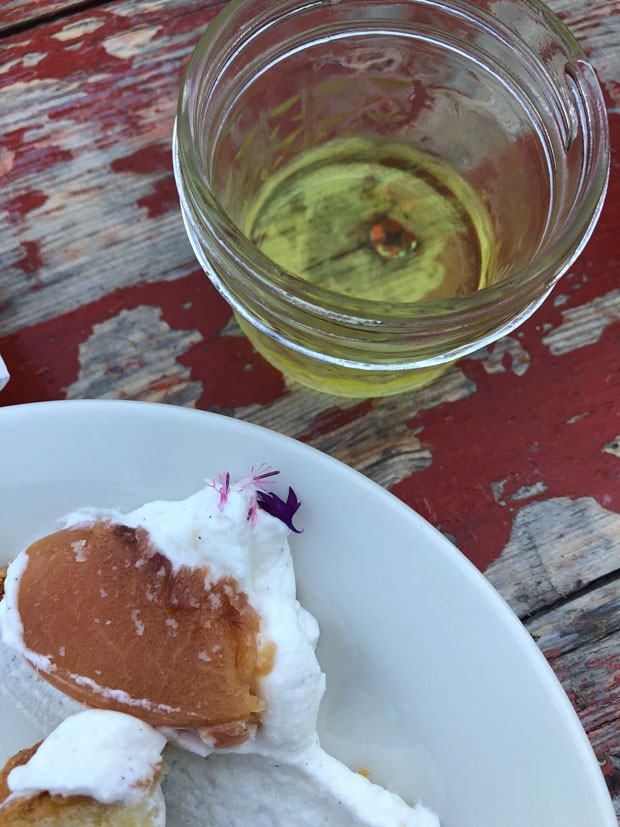 "He's going to be running our wine program at the brick and mortar, so this is kind of our first outing together in a way," Lovelace said. The next dinner in the series happens July 22, featuring flavors of the Eastern Mediterranean from chef Ricardo Valdez of Seattle restaurant The London Plane, and wine pairings from Montinore Estate. Aug. 5 brings an Italian dinner from Portland's Nostrana restaurant and wines from Cameron Wines, followed by a mezze-style dinner featuring the chef from Portland's Tusk and Suzor Wines Aug. 12. The Lodge's schedule also includes Wednesday night brewery collaborations from area breweries, Thursday night wine tastings, and a Saturday night Big Lawn Music series, featuring—you guessed it, a lineup of cool, mostly-Portland bands. The Dock Dinners require reservations, but the music series is free.