Donald Yatomi has three rules dictating whether he'll paint a subject. One, the space must be unromantic. Two, he must not have seen it on any canvas before, and three, it should carry nostalgia. The rules prove to work, as Yatomi masterfully paints worlds people know—but ones the ordinary eye may dismiss. Yatomi turns the unromantic romantic, painting airports and urinals, arcades and laundromats in exciting and illuminating ways. 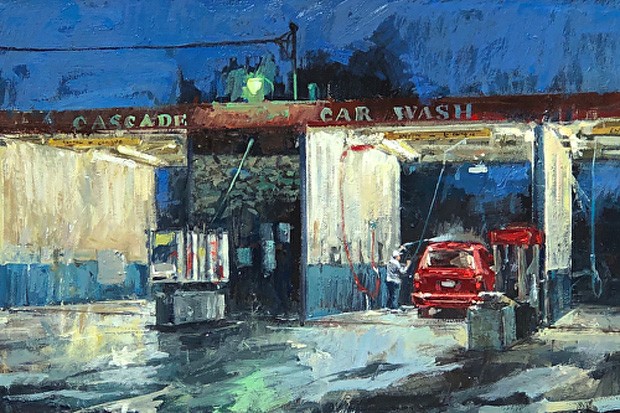 "When I go around town, I see certain things—I imagine them on a canvas and if it is interesting enough, I will go back to that same spot and do sketches," shares Yatomi. "Sometimes it takes a long time and the whole thing gestates until it comes together."

The results are oil paintings that feel alive in the way the light dances throughout his subjects, and in the way Yatomi works with the paint on the canvas. His thick strokes are the results of using varied tools like pallet knives and spatulas as well as brushes.

It's not surprising to hear that Yatomi holds degrees in both painting and illustration. After his degree in illustration, he began working for DreamWorks Animation, painting backgrounds for "The Prince of Egypt" and "The Road to Eldorado" films. Yatomi, originally from Hawaii, relocated to Bend 14 years ago with his family to work for Sony. 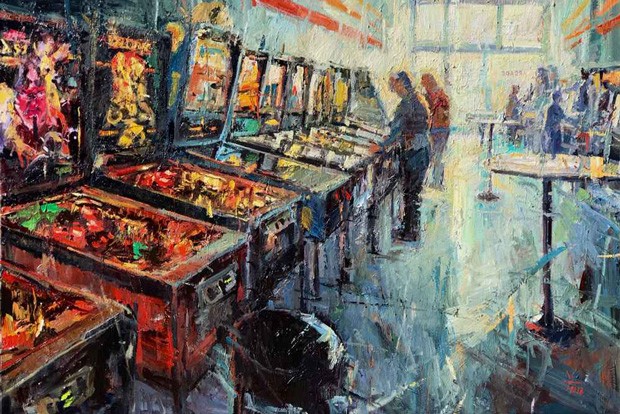 The life he's lived in Central Oregon shows up on the canvas. While other artists paint the skies and the mountains so many people love, Yatomi is painting the places people live, day to day. While the subject matter might be dismissed as the ordinary, it's through Yatomi's style and unique eye that they become poetic, dream-like, and alive, as if seeing a memory from the past come to life.

Yatomi's paintings are currently on display at Peterson Roth Gallery through the end of August.