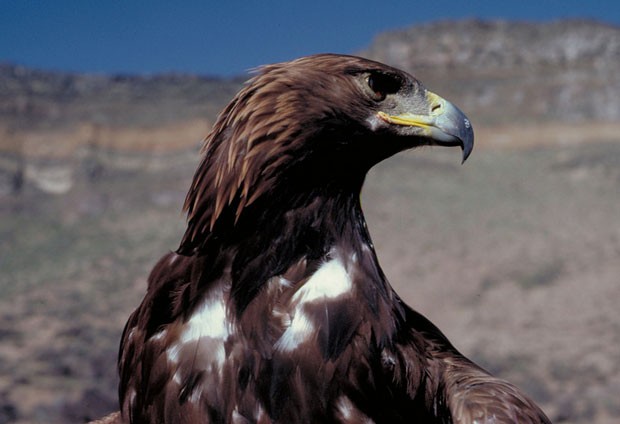 Editor's note: Our Dog Days of Summer issue conveniently—or perhaps, unfortunately—coincides with the U.S. Department of Interior and Department of Commerce's recent announcement that the agencies would seek to weaken some of the provisions of the Endangered Species Act. In light of the proposed changes, we could imagine no one more qualified than our Natural World columnist Jim Anderson to weigh in.

The news about the Department of Interior's recent gutting (changing the wording and intent) of the Endangered Species Act is causing a lot of headaches in both the environmental and business world. In one camp, the changes appear to be the work of President Trump favoring the business world, especially that of fossil fuels. He has repeatedly chirped—oops, tweeted—that there's nothing environmentally wrong with coal, and he's going to see that it's used to make electricity. In that dogma he's also included oil.

Other intolerant members of the business community have helped him visualize the Endangered Species Act of 1973 as being the villain of their attempts to make money and have decided it's gotta go, or be altered in their favor.

Many members of the bird-watching community are not in favor of altering the ESA, believing it's working the way it's supposed to, and that the authors did a superb job of ensuring the survival of the native animals it was written for. The recent work done to bring the bald eagle back from the brink of extinction is a good example.

But before we can delve into the ESA's dilemma we really have to look at the attitude of the humans who got it into the mess. The annihilation of the passenger pigeon is an example. The passenger pigeon, or wild pigeon (Ectopistes migratorius) was once endemic to North America. It no longer exists on the face of the Earth. They once existed in the billions—yes, billions!

They weren't really migrators as such, as their scientific name infers, but there were so many of them they were constantly on the move to find enough food and shelter. Billions of birds will blot out the sun as they fly overhead, and they did. Native people killed and ate them. They were a staple of their diet. That balance between resource and harvesting by man worked out for hundreds of years...until the arrival of the Europeans.

The attitude of the early migrants to North America was to utilize everything they got their hands on without any regard to the future. They exploited the abundant resources around them, and a billion pigeons they used for food just could never run out—but they did, permanently, as in forever. It was this same attitude when the millinery industry came up with the idea of placing bird feathers in ladies hats.

Hunters with guns killed every bird adorned with feathers that could be sold. During the height of that period, bird feathers were selling for prices higher than gold. The slaughter of birds reached a point where egrets almost followed the passenger pigeon into oblivion.

Then the people who saw the slaughter leading to complete annihilation of several bird species got busy and said enough was enough. Florida was (and still is) the state with a high number of birds that possess egrets (feathers that become very noticeable during breeding time). Most are white, and that's what the millinery trade told the women of the up-and-coming modern age of 1900 should have in their hats.

Billions of birds were slaughtered for their feathers. Florida tried to stop the killing and a warden was hired to protect the birds, but he was murdered by the bird hunters. That was when the Audubon Society was born. It was also the birth of the first federal preservation act, the Federal Migratory Bird Act of 1918, that would some day lead to the Endangered Species Act of 1973.

The Act was signed into law in an era when the ultimate survival of many birds as a species was threatened by the commercial trade in birds and bird parts and feathers. It was one of the first federal environmental laws (the Lacey Act to protect Native American cultural treasures had been enacted in 1900).

What came out of that act was not only the protection of the birds themselves, but conventions that stipulated protections for habitats and environs necessary for the birds' survival. And that takes us up to the ESA.

It is that protection of the habitat that these endangered species require to survive that sometimes gets in the way of big business. In spite of the ultimate demise of the passenger pigeon, and the very close extinction of many species of birds for their feathers and parts, there are all too many people in business who disregard the possibility of extinction, or consider it necessary, when it comes to interfering with their making a profit.

Tom Crabtree, one of the local leaders in bird conservation has this to say: "The Endangered Species Act was pushed by President Richard Nixon and Congress responded by passing it in 1973. It might be hard to believe now that the Nixon Administration was also responsible for the Clean Air Act, the Clean Water Act, the Environmental Protection Agency, the National  Environmental Policy Act.

"The gutting of the ESA by the Trump administration proposal in the name of streamlining the regulatory process would be disastrous for wildlife and those who love it.  It places corporate desires over those of wildlife.  It promotes projects over protection."

Crabtree goes on to quote Jamie Rappaport Clark, who was director of the Fish and Wildlife Service under President Bill Clinton, who said, "Unfortunately, the sweeping changes being proposed by the Trump administration include provisions that would undercut the effectiveness of the ESA and put species at risk of extinction." Clark is now president and chief executive of Defenders of Wildlife:

Crabtree then said, 'The signal being sent by the Trump administration is clear: Protecting America's wildlife and wild lands is simply not on their agenda."

"Most analysts agree that if it weren't for the Endangered Species Act, bald eagles, whooping cranes and gray wolves would now be extinct. The peregrine falcon, nene (Hawaiian Goose) and Kirtland's warbler would be on the edge of extinction. Before the act was passed, only 1,200 humpback whales were left in the Pacific Ocean. Now, due to a strong recovery program, over 22,000 now roam there. Grizzly bears, brown pelicans, California condors and American alligators are other species that have come back from the brink," Crabtree said.

"Unfortunately if the proposed changes had been in place over the last four decades many species would have gone the way of the passenger pigeon, great auk and Carolina parakeet. Extinction becomes a more likely outcome for many species under the Trump proposals."

Craig Miller, another premiere birder of this region, has this to say: "If I were to boil it down, I would say that the concept of species preservation as embodied in the ESA is based on science, economic sustainability and long-term survival of the human race. Those who would weaken the ESA are interested in selfish short-term financial gain and/or are deficient in scientific understanding."

It was the early work of two giants of Oregon's bird conservation that brought me to Oregon from Connecticut. In September of 1951 I rolled into Bend on my 1947 Harley-Davidson, and that next spring I went to Silver Lake to see, with my own eyes, the tiny colony of common egrets nesting in the small clump of willows in the middle of the lake, that so captured Dallas Lor Sharp, Herman T. Bohlman and William L. Finley in 1918.

Finley was the first director of Oregon's wildlife commission, and they were on their way to Burns where Finley had promised the residents a hatchery. So when they drove past that long-ago lonely spot in Silver Lake, they saw the egrets nesting in the willows. Finley and Bohlman were convinced the egrets had been hunted into extinction by the plume-hunters, and the shock and joy of seeing them was portrayed so beautifully by Sharp in his book, "Where Rolls the Oregon;" it caught me when I read it in 1936.

Billions of birds were slaughtered for their feathers. Florida tried to stop the killing and a warden was hired to protect the birds, but he was murdered by the bird hunters. tweet this

And that, Dearly Beloved, will be the fate of many, many native wildlife species if the ESA is bludgeoned and torn apart by businesses having no regard for the welfare of the natural environment and its residents.

My good friend and birding companion, Chuck Gates, retired teacher and the most important person in our area who keeps an eye on the welfare of the wildlife of our only salt lake, Lake Abert, has this to say: "Certainly, the ESA has been instrumental in stemming the constant threat of human progress on the natural world (in the U.S., anyway). I am fascinated (and more than a little concerned) by the intersection of the ESA and politics.

"Locally, and increasingly throughout the West, the ESA has been labeled as a weapon yielded by anti-capitalists who, for reasons never really explained, want to destroy hardworking American workers. The living creatures have little to do with these discussions and are rarely mentioned," Gates says.

"The ESA is the evil talisman wielded by the evil government to separate the noble businessman from his meager and honest dollar. The obvious hyperbole of the previous sentences might seem a bit over the top but they are not far from the narrative that plays out every day in western USA. I see places like Crook County making unholy alliances with the Patriot Movement and creating written policies that make no bones about various ESA end-arounds that are planned for the future.

"While this attitude might currently be localized, the potential for it to spread, especially in the West, is very disconcerting. Government employees are facing dangerous and unstable (as well as well armed) individuals should an ESA situation occur here. Through intimidation and threats, local groups have what could become a stranglehold on implementing any measures designed to protect wildlife. I'm not optimistic about the future of the ESA," Gates concludes

The recovery of the bald eagle from possible extinction in the last decade has made it possible for the U.S. Fish and Wildlife Service, in December 2016, to raise to 4,200 per year the number of bald eagles that can be killed by the wind electric generation industry without paying a penalty. If issued, the permits would last 30 years, six times the current 5-year permits. Enough is enough...

As my long time hero of The Land, Aldo Leopold, once said, "If the land mechanism as a whole is good then every part is good, whether we understand it or not...To keep every cog and wheel is the first precaution of intelligent tinkering." That, Dear People, is what the ESA and other of our conservation laws are all about—saving enough of our biota as possible.

The public comment period for the proposed changes to the ESA ends Sept. 24. Comment on the proposal by navigating to: fws.gov/endangered/improving_ESA/regulation-revisions.html