Don't Get Too Comfortable | The Source Weekly - Bend, Oregon

Don't Get Too Comfortable

Ahead of his show with G. Love, Langhorne Slim reflects back on the 15 years since his debut album

The first thing Sean Scolnick, better known as Langhorne Slim, tells me over the phone is that he and the band are busy working on a follow up to 2017's "Lost at Last, Vol. 1." He also seemed to be pleasantly surprised that it's now 2019.

"That's right – it's 2019. It's great!" Langhorne laughs, reflecting back on the year so far. "I got up today. I'm on the phone with you. Musically, we've been working on a new record that should be out this year, I hope." 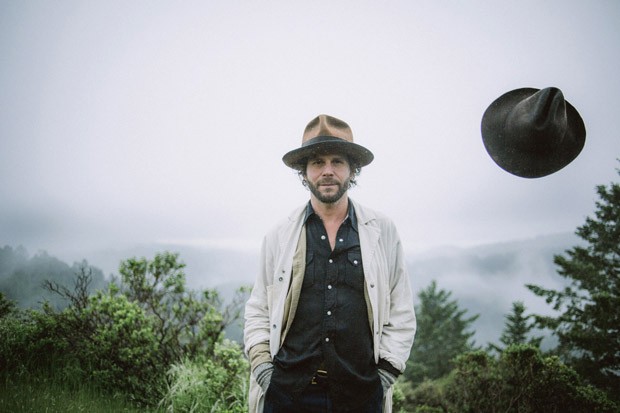 Still nameless, Scolnick is cheekily excited about this upcoming album. The band recorded the whole thing about an hour-and-a-half outside of New Orleans. Feeding into the Cajun music scene was an experience he cherished.

"It's been amazing to get to spend time out there," he says of the energy in that area. "Crazy would be a way of expressing it, yeah. I'm not going to say I understand it, but I don't think I've ever been to a place that the energy dances in the way it does there."

Next year will mark 15 years since the release of "When the Sun's Gone Down," Langhorne Slim's debut album. Fifteeen years of a career in music, especially in the fast-paced industry of today, is nothing short of impressive.

"One thing I tell myself now is, I think when you've been doing a certain project for, I guess 15 years, however long it is, is to not allow myself to create a certain identity within the music I write or the clothes that I wear. To not stick to that because it's what I get used to or what's comfortable," says Scolnick of what he'd tell his younger self. "All of the best stuff, at least what I like that I've created, it doesn't come from a place of comfort. I'd say to not get too cozy or comfortable with all of that sh*t. There's a Miles Davis quote, and maybe I'm saying it a bit wrong, but 'It can take a long time to find your own voice,' and that's f*ckin Miles Davis!"

Coming to play in Bend is an exciting feeling for Scolnick. For one, he has a special bond with the West Coast and Pacific Northwest, openly wondering why he's stayed away from these places for so long. Secondly, getting to do a show with G. Love is something Scolnick probably didn't expect would ever happen growing up.

"We're from a similar area. And G. Love—well, I'm sure he was probably huge everywhere—but being a kid in a little town from Pennsylvania, me and my older brother, we used to rock G. Love so, so hard around the house," Scolnick says of the upcoming show at The Commons this weekend. "I met him finally many years later and it was a thrilling moment. I was very flattered he knew who we were and was a fan of what we do. So, we've become buddies and kept in touch. It's awesome. It's a beautiful kind of full circle thing to get to share the stage with him and now call that man a friend."