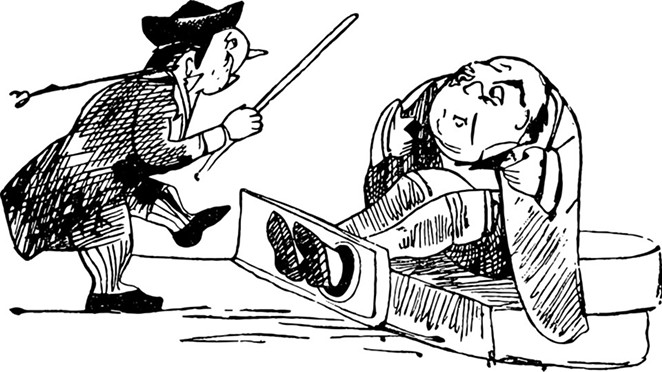 When Oregonians voted in favor of legalizing recreational marijuana, they did so, at least in part, to legitimize an industry that had benefited only the black market for decades. Voters saw that by legalizing the market and allowing producers to grow and sell marijuana out in the open, there would be a new stream of revenue that would—as promised by the letter of Measure 91—see new tax revenues going toward schools and police and fire departments, as well as toward substance abuse treatment programs. Voters also understood that legalization would legitimize the jobs that went along with the industry. Since then, the jobs that have been added to the legal economy have been significant. According to data from the Oregon Employment Department, the marijuana industry added 5,300 jobs from January 2008 to June 2018, with an average annual wage of $29,600. Those numbers were presented at the Bend Chamber of Commerce's Oct. 31 Economic Forecast Breakfast, attended by local officials and business leaders alike.

Marijuana and alcohol businesses are "a big driver of growth," says Joshua Lehner, an economist with the Oregon Office of Economic Analysis, who presented at the breakfast Oct. 31. As Lehner says, the 14,000 jobs added in the alcohol and marijuana industry over the past decade represents about 8 percent of jobs added in the state—far more than the burgeoning tech sector, which added 4.5 percent of all jobs during the same time frame.

Republicans pride themselves on a pro-business stance, advocating in favor of allowing the free market to reflect the will of the people. Republicans usually say that when people are gainfully employed, they require fewer social services. With jobs, people can pull themselves up by their proverbial bootstraps and take care of themselves. All of that is why it is so puzzling that the Deschutes County Commissioners would take so many actions to effectively squash a local industry—one that continues to gain support nationwide.

Current commissioners say their decision to add further restrictions on legal growers last month was made in the interest of safety, and in response to neighbor concerns. They put the new rules in place through an emergency declaration, stating that the issue had gone on long enough, and that they needed to have the rules in place by the time the legislature convened. Commissioners cite the high prevalence of marijuana being sold out of state as evidence that they're moving in the right direction—even though legal recreational grows are not believed to be the source of out-of-state trafficking. Commissioners equate the odor of marijuana with a serious public safety threat—though pig farms are not met with the same ire. Nor are hemp farms, which don't fall under the same rules, but do exude at least some of the same odors.

The Oregon Farm Bureau has gone on record that Deschutes County already had some of the most restrictive rules around recreational marijuana in the state. Others have posited that the County could set itself up for lawsuits challenging the rules. If that happens, will the Commissioners spend precious county funds on fighting those suits? Count on it.

The commission's actions fly in the face of a growing business sector nationwide. During this past election, one more state, Michigan, legalized the recreational market. Two other states, Utah and Missouri, added medical marijuana programs. Constellation Brands, which owns Corona beer, invested even more heavily in marijuana following Canada's nationwide legalization this year. John Boehner, former Republican Speaker of the House, is on the advisory board for a marijuana company operating in 11 states. Closer to home, a cannabis business owner sits on the board of the Bend Chamber of Commerce.

What would have happened, back in the 1980s, if craft beer had been as heavily restricted and as loudly objected to by local officials as marijuana is today? Our beer industry has been embraced nationwide. Deschutes Brewery put Bend on the map, and, beyond the attendant cautions that can come with overconsumption, the community is better overall for the influence and reputation Deschutes County craft beer has created.

When we look purely at the number of jobs and the tax revenues legal recreational marijuana has brought, we also consider the community better off for voting in favor of allowing the cultivation and sale of it here. Let's not let an anti-business county commission derail that.