Bend's Tentareign are no strangers to the music scene here in their own backyard. Forming in 2005 and recording their debut album in 2007, the rock group has been making the rounds, performing tunes for over a decade. However, it might come as a surprise that they haven't had an official release for their second and third albums ('Infinity" & "Meridian") until this year. 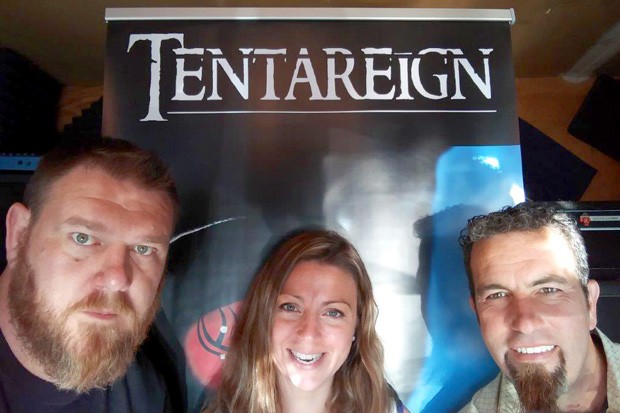 With the music for these projects originally being recorded in 2008, many Tentareign fans have probably already heard some of these played at the band's live shows—but now you can find the album in a special double box set at Ranch Records, online at Tentareign's store and for purchase at the band's album release party on July 20.

"It moves every which way," says frontman Andy Hoard. "There's calmer stuff, there's metal, there's progressive rock. There's funk, fusion. It's quite the package. It's music we want to make. If people enjoy it, we'd be really stoked."

With all the changes in life one has throughout the years, these albums weren't ever able to get fully placed together, even though the recordings were there. However, the wait makes this release that much sweeter in 2019.

"I'm not sure I've seen a double record come out in a long time. It's kind of a classic thing to do," Hoard says. "It is a relief. It kind of gets the ball rolling on everything else, too."

The albums themselves are a fun listen. For the electric half, "Infinity," you're getting a pretty forward-thinking blend of rock for the time of its release. Then the acoustic side, "Meridian," takes on a special bonus cover of "Cruel Summer," which is a treat to hear in that styling and forces the band out of their typical comfort zones.

Saying Tentareign is pumped for its release show might be an understatement. Hoard says the band was actually just practicing the night before to get everything prepared for what's to come. Joining them on stage for the high-energy showcase will be Scary Busey and Somewhere Between, two fellow local bands who fall right in line with Tentareign's live stylings.

"It's gonna' be Tentareign style. We go big or go home. So it's definitely gonna' be big."